Parting Ways with the American People: News: The Independent Institute

Some three fourths of Americans oppose making war on Syria. Hence the Republican leadership class’ reflexive advocacy of entry into Syria’s civil war is cutting one of the few remaining ties that bind it to ordinary Americans.

Since September 2008, when President George W. Bush, Congressman John Boehner, Senators Mitch McConnell, John McCain, Lindsay Graham and the entire Republican Congressional leadership plus Karl Rove and his big donors backed by The Wall Street Journal editorial pages were key to foisting the $816 billion Troubled Assets Relief Program on a country that opposed it three to one, the Republican Establishment has united with the Democratic Party again and again to legislate the ruling class’ domestic priorities. Before President Obama elevated the Syrian civil war onto the national agenda, the same cast of characters was chiefly occupied with gathering votes to secure funding for Obamacare against a popular movement to de-fund it.

In short, by 2013 the Republican Establishment had proved itself so alien to the domestic concerns of that majority of Americans who dislike the direction in which the ruling class is pushing it, that the party was becoming irrelevant. Despite the Bush Administration’s disastrous commitment to Nation-Building however, the memory of Ronald Reagan’s and Dwight Eisenhower’s forceful, levelheaded patriotism still lingered about the party.

But by urging war on Syria more vehemently than Obama, the Republican Establishment may have finished off the Republican Party, as we know it. Surely it has discredited itself.

President Obama and his followers say: “strike!” even while acknowledging that no military or political plans exist by which such strikes would make things better rather than worse. Reflecting the public, few Democratic and Republican lawmakers support the war publicly. Obama, while claiming the right to act without Congressional approval, has asked Congress to take responsibility for whatever war he might choose to make—and for its results. In the likely event that Congress were to say No, Obama is poised to pin responsibility on Republicans lawmakers and on the people they represent for America’s decline among nations and for whatever ill consequences may follow from all he has already done with regard to Syria.

We cannot be shocked that persons of the intellectual caliber of Obama and his officials would propose entering into a war without a notion of how they propose to leave it or of what they propose to get out of it for America. We dare not let ourselves take seriously their assertion that intervention in a struggle among fanatic sectarians can be either neutral about the substance of their hatreds or even favorable to moderation. Nor can we pretend surprise that persons of their moral caliber should use bloodshed abroad as a political weapon at home.

But we have a right and duty to remark and to reprove the manner in which the Republican Establishment is impugning the character of Americans who oppose the war. That manner, Obama-like, eschews argument in favor of insult. To argue is to deal with the opposite position on its own terms. But the Republican Establishment attacks the American people for being “isolationist”—an epithet that no one applies to himself.

Thus The Wall Street Journal’s Bret Stephens refuses to take seriously Senator Rand Paul’s point that the Constitution (and good sense) requires that war be waged only subsequent to careful deliberation about ends and means and vote by the people’s elected representatives. Delegates to the Constitutional Convention of 1787 argued that point. But Stephens dismisses Rand Paul’s agreement with them as “faux constitutional assertions.” What valid constitutional concerns might be, he does not say. Rather, he smears the very idea of such concerns as “the isolationist worm eating its way through the GOP apple.” 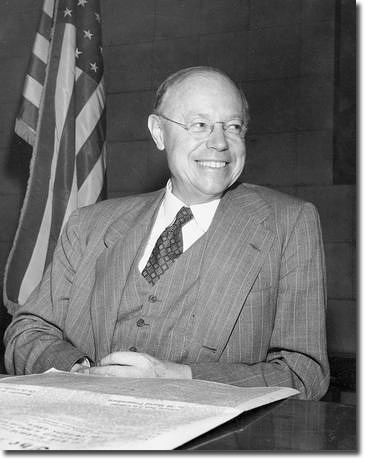 What is it that makes isolationist worms of the majority of Americans? The answer seems to be what Stephens and the Republican Establishment deem an excessive concern for the interest of the United States of America rather than of mankind in general. That is the reason for comparing Rand Paul to Robert A. Taft, the 1930s and 40s’ Mr. Republican. The comparison is well taken, since Taft wrote an excellent book, A Foreign Policy For Americans (1951), premised on the fact that U.S. officials have only the legal and moral authority to act as the American people’s fiduciary agents. Rather than arguing the contrary, Stephens merely tells us that Rand Paul, like Robert Taft, is “already yesterday’s man.”

In sum, then, the Republican Establishment wants the American people to lend ourselves to an un-serious military venture in order to prove that we are serious about America’s greatness, to show we are not isolated from the world’s troubles by mixing ourselves in them without a plan for improving them or to shield ourselves from them.

This is from the same people who tell us that the best way to rid ourselves of the evils of Obamacare is to provide funds for it.

Like the Pharisee in the Temple, members of the Republican Establishment flaunt their differences from ordinary Americans. We should agree.

Angelo M. Codevilla (1943–2021) was a Senior Fellow and a Member of the Board of Advisors for The Independent Review at the Independent Institute and Professor Emeritus of International Relations at Boston University.
Defense and Foreign PolicyInternational Economics and DevelopmentNorth Africa and The Middle East

RELATED
Flashpoints of Potential Escalation in the Ukraine War
Sanctions Are Hurting the West More Than Russia
Our New Antoinettes
Biden and Oil: Destroy America in Order to Save It
Our Spanish Civil War?
Loose Nuke Talk
U.S. Secret Service Open for Business
America Needs Proactive Energy Solutions, Not False Allegations
The Nihilism of the Left
History Should Be Our Guide in Ukraine
The Sheer Madness of Today’s Left
The William Barr Code: The former attorney general’s memoir is one deep state revelation after another.