Private Deposit Insurance Might Save the S&L’s: News: The Independent Institute

Amidst all the furor over the savings and loan crisis, no public official has pointed a finger at the ultimate culprit. The Bush Administration admits that the nation’s ailing S&L industry will cost the government at least $90 billion. That would be the most expensive bail-out in United States history — bigger than those for Lockheed, Chrysler, New York City, and Western Europe (through the Marshall Plan) combined, even after adjusting for inflation. But contrary to popular perceptions, the crisis stems not from too little regulation, but too much. It can all be traced to the perverse influence of government deposit insurance.

Government deposit insurance ignores these sound principles. It therefore subsidizes risk-taking on the part of depository institutions. They pay the same premiums regardless, and their depositors have no financial reason to impose market discipline by taking business elsewhere.

The federal government first insured deposits in reaction to the Great Depression. The newly established Federal Deposit Insurance Corp. (FDIC) guaranteed small depositors against any losses by commercial banks, whereas savings and loan associations got similar guarantees from the Federal Savings and Loan Insurance Corp.
(FSLIC).

Not until the 1980s, however, did this moral-hazard time bomb explode. Pervasive government regulation protected banks and S&L’s from competition while restricting their portfolios to safe assets. Only after the inflation and climbing interest rates of the ‘70s required these institutions to bid actively for deposits did the government initiate financial deregulation.

Unfortunately, deregulation did go far enough. By leaving deposit insurance untouched, it rewarded the managers of banks and S&L’s who ‘gambled with their depositors’ money. All the colorful headlines about cowboy swindlers overlook the way that the regulatory environment distorts normal market curbs against such behavior.

Government favoritism for insolvent banks and S&L’s aggravates the crisis. If the FDIC and FSLIC were truly interested in protecting the small depositor, they would close insolvent institutions and pay off depositors directly. Instead, they usually arrange purchase and assumption agreements that merge failed institutions with healthy ones.

Big depositors are protected as well as small in a short-term solution that merely compounds long-term difficulties.

The crisis has reached such epic proportions among S&L’s that the FSLIC no longer has enough resources even to arrange bailout mergers. Growing numbers of bankrupt institutions continue to compete with sound S&L’s, driving the interest paid to depositors still higher. Genie Short and Jeffrey Gunther of the Federal Reserve Bank of Dallas point out in a recent study that ‘such policies penalize the more conservatively managed institutions over the more aggressive ones."

No regulatory sleight of hand can magically transform bad loans into good. Without enough income from these loans, the failed institutions can only pay interest to their current depositors with money from new depositors. The regulators thereby sanction an escalating chain letter that makes the final accounting ever more expensive. When they take over an S&L themselves, regulators still are powerless to do anything else without outside funds.

None of the Administration’s proposals address the root cause. Attempting to reregulate the S&L industry by imposing, for instance, higher capital requirements, will simply destroy it. The competitive survival of banks and S&L’s compelled financial deregulation. The regulatory haven that gave banks and S&L’s a tidy market-sharing arrangement cannot be reconstructed.

If Congress increases insurance premiums, the sound institutions will he the ones to pay. This will further punish the very kind of management that should be encouraged. Nor can government ever adequately administer variable premiums. "A rational system of risk-based insurance premiums offered monopolistically by a public agency is simply impossible," argues Gerald O’Driscoll of the Federal Reserve Bank of Dallas. Without the feedback of profit and loss, bureaucrats have neither the information nor the incentive for matching premiums to risk.

Only one solution can overcome moral hazard in the banking and thrift industries: private deposit insurance. The government must dissolve the FDIC and FSLIC. This would permit the competitive forces of the market to arrange actuarially sound insurance that protects depositors without subsidizing insolvency.

The S&L crisis is just the tip of the moral-hazard iceberg. Although not yet visible, deposit insurance creates the same perverse incentives for commercial banks. Unless deregulation proceeds to the privatization of deposit insurance, the nation soon faces a larger crisis throughout the banking industry. 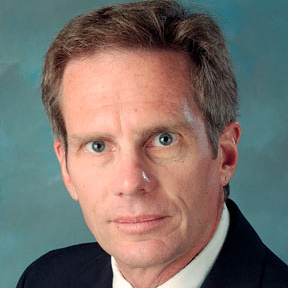 Jeffrey Rogers Hummel is a Research Fellow at the Independent Institute and Professor of Economics at San Jose State University.
Banking and FinanceBanking Law and RegulationCorporate WelfareEconomic History and DevelopmentEconomic PolicyEconomyLaw and LibertyTaxes and Budget

RELATED
Why Do Progressives Support Democrats? Part Two
What Difference Did the Election Make?
Why Do Progressives Support Democrats? Part One
Enjoyment of the Upcoming World Cup Will Come at a Price
Diabetic Complications and Economic Fundamentals
Where Is the Free Market Utopia?
On Gas Prices, Simple Economics Trumps Biden’s Partisan Agenda
Vote Like a Woman: When You Vote, Remember Who Has Recently Most Hurt Women
Like Soviets and Russians Before, China Is a Hollow Threat
‘Treason’ Goes Way Beyond Cato And Mercatus: Lots of Economists Oppose the Jones Act
CA Propositions 26 and 27 Are More about Protectionism than Gambling
Brazilians Try to Decide Which Is the Lesser Evil