Something needs to be done about the U.S. Department of Justice. It is a corrupt organization. Columnists now refer to it as the "Justice (sic) Department" and the "Department of Injustice." The torrent of lies and false prosecutions that pour out of the DoJ cause even Mexicans to say that the "colossus of the North is more corrupt than we."

Justice Department integrity has declined dramatically under Clinton-Reno. But the department’s fall dates back many years. It all began the day ambition became more important than justice.

Before Attorney General Janet Reno saw her opportunity to force the "biggest settlement in history," she told the U.S. Senate that there was no basis for a federal lawsuit against the tobacco companies. She now claims tobacco executives caused people to smoke by underplaying the risks, and she is suing the companies for fraud. The shareholders will pay, of course, but money, not justice, is her aim.

Reno’s claim is preposterous. The risks of smoking have been known for decades. The public knew the risks long before the cancer studies and referred to cigarettes as "coffin nails" as far back as the 1940s. The Surgeon General’s warning has been printed on every cigarette pack since 1966–and people still smoke 24 billion packs a year!

Janet Reno says the tobacco companies "placed profits above the public health." So did the government, which received more than half of the profits through income and excise taxes. Is the government’s greed for revenues the reason why it permits the sale of a product that it knows to be harmful, even going so far as to take active steps to addict young servicemen?

Even today the government does not intend to ban the product, but only to plunder it an additional $20 billion per year. As Notre Dame law professor Robert Blakey notes, the government’s case relies on coercion, not law, and is designed to force a settlement instead of a trial.

Ambition alone fuels Assistant Attorney General Joel Klein’s anti-trust case against Microsoft. He hopes to raise himself by humbling the software giant and to establish anti-trust law on a speculative basis that gives enormous discretion to prosecutors.

The DoJ’s case against Microsoft was recently blown apart by professors Stan J. Liebowitz and Stephen E. Margolis in their book, "Winners, Losers & Microsoft," published by the Independent Institute.

The response? To stamp out the facts of the case with a fraudulent leak to the New York Times that the study was paid for by Microsoft.

On September 15 Senate Judiciary Committee Chairman Orrin Hatch said: "This Justice Department" is "run by people who don’t care about the law." Hatch is mad because the DoJ is again covering up for Clinton–this time refusing Congress information behind Clinton’s pardons of 16 Puerto Rican terrorists whose organization is responsible for bombings that killed 6 people and maimed or injured 84 others.

Clinton and his administration have been infringing our liberties on many fronts in their "war against terrorism," so the clemency Clinton granted to FALN members did not sit well. The Senate voted 95 to 2 and the House 311 to 41 to condemn Clinton for pardoning terrorists and hiding behind "executive privilege."

Hypocrisy is the norm for Clinton and the DoJ. On September 22, FBI agents testified before Congress that a corrupt Justice Department blocked their investigation of the campaign-finance scandal in which the Chinese government purchased access to the Clinton administration and our military secrets.

The agents told Congress that their DoJ supervisor, Ms. Laura Ingersoll, prevented them from using search warrants while critical evidence was destroyed by a Clinton crony.

Ms. Ingersoll claimed that the agents did not have "probable cause" for a warrant. This from a DoJ that routinely uses asset forfeiture laws to seize the homes of elderly grandparents on the "probable cause" that a grandchild might have had drugs in the house.

Senator Hatch is correct. The DoJ is corrupt. Something must be done about it. In the meantime every DoJ case should be thrown out of court on the prima facie evidence that the department’s cases are as corrupt as the department. 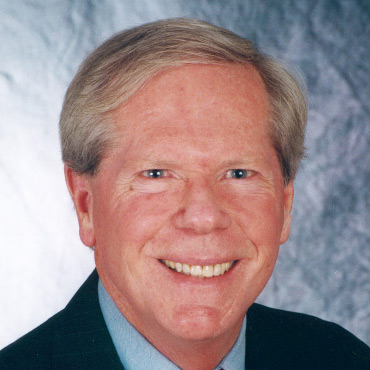 Paul Craig Roberts is the John M. Olin fellow at the Institute for Political Economy and former Assistant Secretary of the Treasury for Economic Policy.
Bureaucracy and GovernmentGovernment and PoliticsLaw and LibertyLitigation

RELATED
Debt Ceiling Kabuki: Republicans Will Cave and U.S. Government Finances Will Get Even Worse
It’s Time to Put a Brake on the Debt-Ceiling Charade
South Carolina Lawmakers Bear Responsibility for Supreme Court’s Abortion Ruling
‘Belief in Freedom’ Is Bad for You
Feds Are Profiting Off of Policy: Only Voters Can Stop Them
Police Failures in Philadelphia Have Made Private Policing More Attractive
The Baleful Cargo of Woke Diversity Worship
10 Steps to Save America: Yes, there is a way. But is there the will?
Analogical Reasoning and the Second Amendment
Should Courts Appoint Historians as Experts in Second Amendment Cases?
Did the Fourteenth Amendment Alter the Meaning of the Second Amendment?
When the Second Amendment’s Plain Text Covers Conduct, It Is Presumptively Protected