When asked, most politicians claim that they favor free trade. But they quickly add the qualification that it must also be fair trade, which generally means that we should open our markets to another country’s products only if their markets are equally open to our products. This qualification makes sense politically because people are easily convinced that it makes sense economically. Why should we give other countries the opportunity to increase their employment at our expense unless they reciprocate? Unfortunately, this view misses entirely the real advantages of international trade. Furthermore, it reflects a serious political bias that distorts government decisions over a wide range of issues.

The advantage from trade with other countries does not come from selling more to them than they sell to us so we can create more jobs. The key to a successful economy has never been simply the creation of jobs. The ability to consume always exceeds the ability to produce, so there is never a lack of work to do. The key to a successful economy is directing people into the most productive jobs, those that create the most value for consumers. This is the real advantage of international trade. We create more productive domestic jobs both when we sell and when we buy from other countries, and the more open the international trade arrangements the better for all countries. When country B restricts the import of American products it reduces its productivity as well as ours. But we only add to our productivity loss if we respond by restricting the ability of our citizens to buy products from country B.

Consider the fact that, despite political rhetoric, when we buy foreign products we create American jobs. It would actually be better for Americans if this weren’t true. When Americans buy products from, say, Japan, we end up with products we value more than the dollars spent could have bought elsewhere, and the Japanese end up with more dollars (actually the one who sells yen to American importers to pay for the Japanese products ends up with more dollars, but this doesn’t meaningfully alter the story). What do the Japanese do with these dollars? It would be nice if they treated them as collector’s items, to be kept and admired. Then Americans could obtain valuable products by doing nothing more costly than printing up dollars, something so easy that even the federal government does it well. But the Japanese produce goods for Americans not because they want dollars, but because of what dollars can buy. Those dollars eventually come back to America as claims on goods produced by American workers, or as investments in America that create domestic employment opportunities. They may not all come back directly from Japan, but they do come back.

I don’t deny that by restricting foreign imports we can save some American jobs. But because these jobs, by definition, cannot survive the demands of international trade they obviously don’t create as much value as those American jobs that would have been created without the import restrictions. Foreign trade eliminates only those jobs that are producing goods which domestic consumers can import cheaper by shifting their effort into more productive employment elsewhere in the economy.

Unfortunately, the general benefits from unrestricted imports (lower prices for consumers and a more productive economy) are largely ignored by the political process, which sees imports as a threat to existing jobs. The problem here reflects a distortion inherent in the political process Relatively small groups organized around a common concern, such as protecting profits and jobs in a particular industry, are well positioned and strongly motivated to communicate through the political process with a loud, clear voice. On the other hand, the general consuming public is too large and too diverse in its concerns to communicate a clear and consistent message through the political process. If something threatens to concentrate a cost on an organized few while spreading a benefit over the unorganized many, politicians will hear from the few but not from the many.

This bias in favor of special interests over the general interest explains a host of political perversities. It explains, for example, the difficulty politicians have cutting spending programs, which tend to concentrate benefits on organized interest groups, in order to reduce the burden on the general taxpayer. And it certainly explains the political perspective on free trade, which emphasizes the advantage in protecting existing jobs over the far greater, but much more general, advantage of better choices for consumers and improved economic productivity.

If politicians could feel the gain of the unorganized many as intensely as they feel the pain of the organized few, a large number of government restrictions on our economic choices would be quickly eliminated. Restrictions on our ability to buy the best products at the lowest prices, whether produced at home or abroad, would be among the first to go. 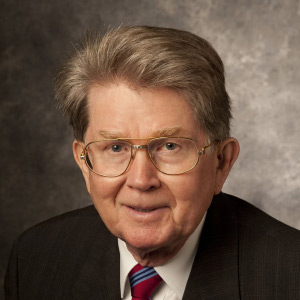 RELATED
Texas Conservatives Should Not Support Banning Land Sales to Foreigners
Where Is the Free Market Utopia?
‘Treason’ Goes Way Beyond Cato And Mercatus: Lots of Economists Oppose the Jones Act
Is This the End of the U.S.-Saudi Partnership?
Economic Essentials and Economic Errors
Is Latin America Beyond Hope?
Biden and Powell Are at Odds on Inflation
Floating Exchange Rates Add to Economic Uncertainty
Flashpoints of Potential Escalation in the Ukraine War
Sanctions Are Hurting the West More Than Russia
The U.S. Is Serving Up Pork to Semiconductor Manufacturers
Build Back Better is Better off Dead