Policy debates typically center around the role of markets versus the role of governments. But this is a misleading distinction. Human society always has governance. Private organizations such as corporations and clubs have management, rules, and financial administration similar in function to those of government. The difference is that private governance is voluntary, while state-based government is coercively imposed on the people within some jurisdiction. So a central question is not whether the market or the government can best accomplish some task, but whether the governance shall be voluntary or coercive.

Most economists would agree that we don’t live in the best of all possible worlds. But the doctrine of market failure found in most economics textbooks fails to distinguish between consensual and coercive governance as correctives. The prevailing theory asserts that while markets might provide private goods efficiently in a competitive economy, markets fail to provide the collective goods that people want. There are two basic reasons offered as to why markets are not sufficient. Markets can easily determine the demand for private goods, but how can we tell how much each individual wants of a collective good? We could ask people how much they are willing to pay, but how do we get a truthful answer? Free riders also are a problem. Once the collective good is provided, folks can use it whether they pay or not, so why pay?

So, the market-failure story goes, markets fail to deliver collective goods. Entrepreneurs lack incentive because they can’t get their customers to pay for the service the way they can get people o pay for individually consumed private goods.

The market-failure argument does have one valid point: governance is required for the provision of typical collective goods. But this argument fails to recognize that governance can be consensual and contractual. Compounding the flaw in the argument is the confusing use of the terms private and public. These have completely different meanings when referring to goods and to the sectors of an economy. A private good is individually consumed in quantity, whether provided by government or by a market. A public good is collectively used, whether provided by the private or the public (government) sector. But in typical economics texts, the public sector and public goods get sewn together, mingled and mangled into one cloth. Perhaps Leviticus 19:19 is a symbolic injunction against such insalubrious combining: thou shalt not sow thy field with mingled seed: neither shall a garment mingled of linen and woolen come upon thee.

Economists who study institutions recognize the importance of private governance. For example, Oliver Williamson’s work on industrial organization concludes that when assets are specific to certain uses, when opportunism is possible, when transactions recur frequently, and when transactions costs would be large with many small units, governance within an institution is more effective than transactions among firms.

An important industry in which these elements make governance play a key role is the development and operation of real estate. Spencer Heath in Citadel, Market and Altar and Spencer MacCallum in The Art of Community both recognized the similarities in functions between hotel and city governance. A hotel provides management, a town square (the lobby), streets (hallways), transportation (elevators and escalators), fire protection, recreation, and many other services. The collective goods are paid for from the rental that the guests pay, while user fees pay for the more individually consumed items such as room service and telephone calls.

Other real estate complexes operate by the same principles. Many developers now build not just homes but also community facilities, which are then operated by an association. Just as cities have councils, associations are governed by elected boards. A key difference is that property owners have a voice, though tenants in some communities also have a vote and are welcomed on the committees that do much of the work and decision-making.

Condominiums, housing cooperatives, residential associations, and land trusts are among the forms such private-sector governance can take. For example, in a typical condominium, a unit such as an apartment is individually controlled, while the common elements such as the grounds, some utilities, security, and exteriors are operated by the association. Each unit owner pays an annual assessment, just as a hotel guest pays a rental. In both cases, the collective goods increase the market rental value of the site, so the collective goods become self-financing. They are paid for out of the increased rent they generate. Proprietary communities, such as shopping centers, marinas, and industrial parks, operate with such economic principles as well; the governance in these cases usually is provided by the owner.

The complexity of real estate relationships, especially for more permanent residency, requires contractual governance with a constitution (master deed and bylaws) and ongoing administration. These associations are voluntary at the constitutional level—when you join, you agree to follow the constitutional rules. Unlike imposed government, the association is a property relationship bound by an explicit contract by legally equal parties.

While the free-rider argument would suggest that voluntary services will be deficient, in practice this depends much on the culture of a community and on social entrepreneurs. The condominium community in Virginia where I once lived was managed professionally, but the board and all the committees were served by volunteers. Most residents did ride free, but there were sufficient volunteers to do the job. Occasional parties provided social glue for the activists; the minor cost was money well spent, reaping dividends in community spirit and volunteer work.

The market-failure doctrine, besides not recognizing the possibility and fact of contractual governance, omits a critical component of real-world collective goods: space. Typical community services such as streets, parks, policing, fire protection, and transportation are territorial, impacting a particular area. The services make the territory more desirable, therefore increasing what economists call rents. These rents provide the means to pay for the civic goods. The concept of rent sufficiently paying for collective goods has been termed the Henry George Theory by some economists, after Henry George, who theorized that rent could fund all government.

But while this concept has been recognized, most public-finance economists have not drawn the logical conclusion. The result is not just that the taxation of labor, enterprise, and goods is not economically required, but that rent can also be collected by private, contractual, consensual means, to provide collective goods via the market process. The need to pay rent in order to use territorial goods (either by buying or renting land) further topples the free-rider argument. The need to pay rent implies that there are no free riders for community services.

In contractual communities, rent serves another function besides financing the collective services. Rent is also a measure of whether the services are profitable, and of whether the community is being run efficiently. Wasteful and ineffective management will cause rent to decline. So a profit-making proprietary governance will attempt to keep the rental income high by serving their customers well, and democratically run associations will attempt to keep their property values high with good management and efficient services.

Contrast this with the blight of our cities and the waste in typical governments. Just as firms providing individually consumed goods compete, so too do private communities compete for customers and users. Not just hotels and shopping centers, but also residential associations and developments compete, as recognized by the Tiebout model of public economics. The Austrian economists F. A. Hayek and Ludwig von Mises recognized the importance of market competition and decentralization. Hayek emphasized the decentralized nature of knowledge and Mises expounded the need for capital markets in the efficient allocation of goods. Both of these elements are important parts of the competitive contractual provision of community services.

Can we use these Austrian insights for the reform of the public finances of government? We can, by moving government and its services closer to how contractual communities operate. Consensual communities thus offer a model for tax reform and the reform of government itself. Among the principles for reform are the decentralization and demonopolization of operations, making government more contractual, and the use of market-based rentals and fees rather than arbitrarily imposed taxation. We can turn the market-failure doctrine on its head: not only does the market work well, but it shows how government can be made to work better, both more efficiently and less coercively. We can reform government-both by making it smaller and by bringing government closer to voluntary governance.

This article is reprinted with permission from The Freeman, January 1997. © Copyright 1997, the Foundation for Economic Education. 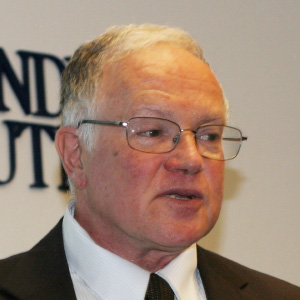 Fred E. Foldvary is a Research Fellow at the Independent Institute and Associate Director of the Civil Society Institute at Santa Clara University.
Bureaucracy and GovernmentEconomyFree Market EconomicsGovernment and PoliticsLaw and LibertyProperty Rights, Land Use, and ZoningRegulation

Let’s Make A Deal: The Bourgeois Deal Among Many Others