Burdened by unfunded public pension liabilities and healthcare costs, state and local governments are in bad shape, considering the willingness of voters to embrace new spending proposals and their general reluctance to pay taxes to finance them.

Responding to the latest round of public budget “crises,” policymakers around the country have begun reviving an old, but not necessarily good idea with added enthusiasm—taxing “sin.” What better way to raise revenue than to find something that your neighbor buys or an activity he engages in that you don’t like and tax it?

Alcohol, tobacco, and gambling have been taxed for a long time. A tax on whiskey—and the rebellion it triggered by corn farmers in western Pennsylvania—was, after all, one of Treasury Secretary Alexander Hamilton’s first “revenue-enhancers.” Later on, after Prohibition obviously had failed and the Great Depression had caused income tax receipts to shrink dramatically, Franklin Roosevelt ran for his first term as president on a platform calling for legalizing and taxing alcohol sales.

Vices are attractive targets for selective taxation because sinners are not very sensitive to increases in the prices of the sinful goods and services they buy. They reduce their purchases, of course, but not by much. Taxing sin thus is a tax revenue-generating engine.

In addition to being robust revenue-raisers, the orthodox justification for sin taxes was that they would reduce the costs smokers, drinkers, and gamblers impose on others—drunk driving, exposure to secondhand tobacco smoke, and losing the family paycheck at the craps table. But that rationale was a nonstarter because of the relatively small impact these taxes have on the sinful consumers’ behavior. Such taxes may “nudge” consumption in the desired downward direction, but bad habits are hard to break.

Nowadays, however, sin tax proponents have shifted gears by arguing that taxation is mainly aimed at compensating society for the drains sinners impose on the public healthcare budget and reducing the harm consumers do to themselves. With this new push, the limits of what defines a sin steadily are being expanded.

A Mercatus Center working paper highlights several of these new selective taxes. The obesity “epidemic” supplies grounds for taxing candy bars, sugary soft drinks, “junk food” in general, and many of the items sold at fast-food restaurants. Thirty-six U.S. states collect amusement taxes; Utah imposes a “sex” tax; and Alabama levies a tax on decks of playing cards. Some particularly inventive ideas include selling stamps to pay taxes on illegal drug sales, should you ever get caught, and a European proposal to tax airlines not only for flying over domestic airspace, but for air miles flown from takeoff to landing.

While sin taxes might ultimately cause some reduction in “bad behavior,” there are a number of reasons the costs of the tax often outweigh their benefits:

Need to justify a new sin tax or raise an existing one? Claim that consuming some good or engaging in some activity contributes to ill health or harms the environment. Argue that “experts” know what choices consumers should make better than the consumers themselves know. Finally, don’t forget to select items for taxation that only a minority of the population buys, but that you and the majority of voters do not. Be a paternalist.

Email
Adam J. Hoffer is an assistant professor of Economics at the University of Wisconsin–La Crosse specializing in political economy, public choice, and public finance. 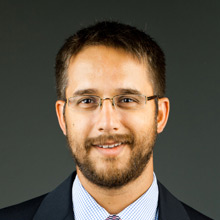 RELATED
Post-Faucist America: Without crucial reforms, the NIAID boss Anthony Fauci will be neither gone nor forgotten.
The GOP Needs to Go Back to Sound Principles on Free Enterprise, Small Government, and Legal Immigration
End the COVID National Emergency Now
Left Libertarians, Dobbs, and the Ninth Amendment
Why Doesn’t This Economist Want His Daughter to Be a Feminist?
As California Schools Fall Even Further, A Charter School Shows How To Succeed
What Difference Did the Election Make?
Why Do Progressives Support Democrats? Part One
Enjoyment of the Upcoming World Cup Will Come at a Price
Where Is the Free Market Utopia?
On Gas Prices, Simple Economics Trumps Biden’s Partisan Agenda
Vote Like a Woman: When You Vote, Remember Who Has Recently Most Hurt Women