The Poet Who Was Right: News: The Independent Institute

←  NEWS
COMMENTARY
The Poet Who Was Right
August 17, 1992
By Czeslaw Milosz
Also published in National Review  « Show Fewer
To pay tribute to an exceptionally worthy man is to realize once more that there is no equality in the republic of arts and letters. Its structure is strictly hierarchical. The first-rate is not equal to the second-rate, daring is not equal to cowardice, generosity of mind cannot be put on the same level as self-interest. Uncertainties that are obvious when we try to assess what is first-rate in art or writing constantly undermine the very notion of hierarchy. And yet life brings again and again the confirmation of its existence.


The achievement of Robert Conquest becomes most obvious when we view it together with the behavior of his contemporaries, writers like himself, whether they are English, American, French, or Italian. For many decades of the twentieth century, the great majority of them observed certain rules, which seemed to them so obvious that they became second nature. To act against those rules would have been to violate powerful taboos. The penalty for non-conformity was not political but social, as it entailed a loss of status in the intellectual community. I have in mind, of course, an injunction forbidding one to speak the truth about the Communist system in the Soviet Union.

Robert Conquest, though he is the author of several scholarly books, is a poet, and I wish him much free time to pursue his true vocation, now that he has completed his task in the service of humanity by writing about the criminal nature of the Soviet state. In the history of modern poetry, Conquest occupies a permanent place as an initiator of the so-called Movement in England in the 1950s, together with Kingsley Amis, Dennis Enright, Donald Davie, Philip Larkin, and Thorn Gunn. Being a poet myself and having lived in Paris in the Fifties, I am able to visualize the risk run by a poet who transgressed against what was then considered politically correct. At that time Jean-Paul Sartre was leading a hideous campaign against Albert Camus, who dared to mention, in his book The Rebel, the existence of concentration camps in the Soviet Union. Robert Conquest’s London must have been not very different in this respect from Paris. And even if I cannot compare my own contribution to the struggle against modem forms of slavery with Robert Conquest’s voluminous Cnuvre, my experience is enough to comprehend the resistance he had to overcome in order to embark upon his investigations. Honesty compels me to add that several years after World War II, owing to the peculiar political situation in Poland, I practiced a compromise with my conscience. So what I say here may be interpreted also as the homage paid by vice to virtue.

Perhaps certain facts recede too fast into a merciful oblivion. The attitude of the overwhelming majority of Western literati toward the Communist state ranged from open adulation to silence about such facts as mass murders, mass deportations, artificial famines, and slave labor camps. Altogether it is one of the strangest phenomena in the history of our century and will certainly provide the subject for many analyses. A mythologized notion of progress led to equating the so-called socialism of the Soviets with the future of humanity.

Among the Soviet Union’s admirers we find the most brilliant minds who just wanted to be deceived, to mention only Bernard Shaw, Romain Rolland, Jean-Paul Sartre, Pablo Picasso. Today it is more and more obvious that the long survival of the Soviet tyranny was to a large extent dependent upon maintaining, through a gigantic machine of disinformation, a pretense of humaneness. I remember an eminent American journalist assuring me that the works of Abram Tertz (the pseudonym of Andrei Sinyavsky) were not written in Moscow but fabricated abroad by anti-Communists. Yet the voices of Russian writers and scholars succeeded at last in reaching the world at large. Solzhenitsyn’s Gulag Archipelago and the outspokenness of Andrei Sakharov punctured the pretense. And that was one of the main causes of the disintegration of the empire. It was indeed—to displease President Reagan’s detractors—an evil empire.

The responsibility of many intellectuals in maintaining a conspiracy of indifference cannot, however, justify denigration of them as a social class or caste. For in Russia, although many were subservient, others started to rebel early. The fate of Boris Pasternak may be quoted here as an example. Also in the West, the cases of Solzhenitsyn and Sakharov found a tremendous response and advocacy precisely among writers and artists.

Robert Conquest’s books follow a discipline of scholarly investigation, yet they are not detached, as detachment in dealing with the misfortune of millions of human beings would be callous. The very titles clearly indicate the contents. His Power and Policy in the USSR appeared in 1961. In 1962 Conquest published The Last Empire, which looks prophetic thirty years later. The same year he published The Pasternak Affair: Courage and Genius, A Documentary Report. It was followed by Russia after Khrushchev (1965), The Politics of Ideas in the USSR (1967), Religion in the USSR (1968), The Soviet Political System (1968), The Great Terror: Stalin’s Purge in the Thirties (1969). Soviet policy toward the nationalities, which is today being avenged by events, was treated first in The Last Empire, and later in The Nation Killers: The Soviet Deportations of Nationalities (1970), Kolyma: The Arctic Death Camps (1978), The Harvest of Sorrow: Soviet Collectivization and the TerrorFamine (1986), and Stalin: Breaker of Nations (1991).

People who dared, as did Robert Conquest, to stir the world’s conscience were usually branded ultraconservatives, cold-warriors, etc. If that sort of activity were a privilege of the conservatives, they should be proud of their willingness to call a spade a spade. Yet among those members of the republic of art and letters who broke the conspiracy of silence were representatives of a wide political spectrum, including men of the Left like George Orwell, Arthur Koestler, and my late friends, the eminent Italian writers Ignazio Silone and Nicola Chiaromonte. An honorable company. And when I include Robert Conquest in it, I say to myself that the high qualities of that group probably outweigh the fallacies and aberrations that were otherwise so common among the intelligentsia.

I come from an area in Europe that was for a long time occupied by the Soviet Union. Whatever the future holds for that area—and we are not free of apprehensions—the horrors of the police state are ended. I have tried to reach public opinion in the West by writing about the plight of the country of my birth, Lithuania, and the country of my language, Poland, and, of course, I was respectful of those few colleagues whose works promoted the cause of liberation. At this moment I am glad of the opportunity to express my gratitude to Robert Conquest. 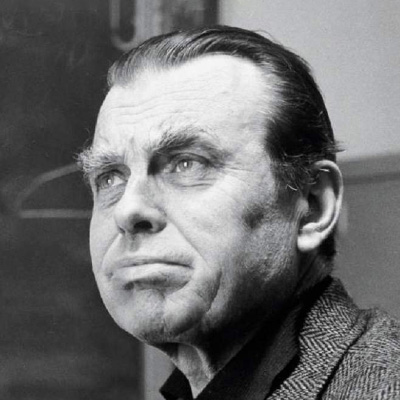 Czeslaw Milosz (1911–2004) was Professor of Slavic Languages and Literatures at the University of California, Berkeley. His nonfiction book, The Captive Mind, is a classic of anti-Stalinism.
Civil Liberties and Human RightsCulture and SocietyDefense and Foreign PolicyEntertainmentFreedomLaw and LibertyPhilosophy and ReligionSocialism, Communism, and Collectivism

RELATED
Fine. Blame Ticketmaster for the Taylor Swift Fiasco, but Don’t Overlook the Fundamental Cause.
Can’t Get Taylor Swift Tickets? Blame Other Fans, Not Ticketmaster
End the COVID National Emergency Now
Enjoyment of the Upcoming World Cup Will Come at a Price
Where Is the Free Market Utopia?
Vote Like a Woman: When You Vote, Remember Who Has Recently Most Hurt Women
Like Soviets and Russians Before, China Is a Hollow Threat
CA Propositions 26 and 27 Are More about Protectionism than Gambling
Brazilians Try to Decide Which Is the Lesser Evil
Colleges: Go Back to Basics
D.E.I. Statements: Empty Platitude, or Litmus Test?
The Tentacles of the Social Media Octopus