Literature and the Search for Liberty: News: The Independent Institute

The blessings of freedom and the perils of its opposite can be seen the world over. It is why I have so passionately adhered to advancing the idea of individual freedom in my work.

Having abandoned the Marxist myths that took in so many of my generation, I soon came to genuinely believe that I had found a truth that had to be shared in the best way I knew—through the art of letters. Critics on the left and right have often praised my novels only to distance themselves from the ideas I’ve expressed. I do not believe my work can be separated from its ideals.

It is the function of the novelist to tell timeless and universal truths through the device of a fashioned narrative. A story’s significance as a piece of art cannot be divorced from its message, any more than a society’s prospects for freedom and prosperity can be divorced from its underlying principles. The writer and the man are one and the same, as are the culture and its common beliefs. In my writing and in my life I have pursued a vision not only to inspire my readers but also to share my dream of what we can aspire to build here in our world.

Those who love liberty are often ridiculed for their idealism. And at times we can feel alone, as there appear to be very few dedicated to the ideals of true “liberalism.”

In the United States, the term “liberal” has come to be associated with leftism, socialism, and an ambitious role for government in the economy. Many who describe their politics as “liberal” emphatically favor measures which desire to push aside free enterprise. Some who call themselves liberal show even greater hostility toward business, loudly protesting the very idea of economic freedom and promoting a vision of society not so different from the failed utopian experiments of history’s socialist and fascist regimes.

In Latin America and Spain, where the word “liberal” originated to mean an advocate of liberty, the left now uses the label as an invective. It carries connotations of “conservative” or reactionary politics, and especially a failure to care for the world’s poor. I have been maligned in this way.

Ironically enough, part of the confusion can be pinned on some who champion the market economy in the name of old liberalism. They have at times done even more damage to freedom than the Marxists and other socialists.

There are those who in the name of the free market have supported Latin American dictatorships whose iron hand of repression was said to be necessary to allow business to function, betraying the very principles of human rights that free economies rest upon. Then there are those who have coldly reduced all questions of humanity to a matter of economics and see the market as a panacea. In doing so they ignore the role of ideas and culture, the true foundation of civilization. Without customs and shared beliefs to breathe life into democracy and the market, we are reduced to the Darwinian struggle of atomistic and selfish actors that many on the left rightfully see as inhuman.

What is lost on the collectivists, on the other hand, is the prime importance of individual freedom for societies to flourish and economies to thrive. This is the core insight of true liberalism: All individual freedoms are part of an inseparable whole. Political and economic liberties cannot be bifurcated. Mankind has inherited this wisdom from millennia of experience, and our understanding has been enriched further by the great liberal thinkers, some of my favorites being Isaiah Berlin, Karl Popper, F.A. Hayek and Ludwig von Mises. They have described the path out of darkness and toward a brighter future of freedom and universal appreciation for the values of human dignity.

When the liberal truth is forgotten, we see the horrors of nationalist dictatorship, fascism, communism, cult fanaticism, terrorism and the many savageries that have defined all too much in the modern era. The problem is less pronounced in the United States, but here there still remain problems resulting from the abandonment of these key principles.

Many cling to hopes that the economy can be centrally planned. Education, health care, housing, money and banking, crime control, transportation, energy and far more follow the failed command-and-control model that has been repeatedly discredited. Some look to nationalist and statist solutions to trade imbalances and migration problems, instead of toward greater freedom.

Yet there is reason for hope here and elsewhere. The American system still allows for open dissent, the hallmark of a free society, and in a healthy fashion both left and right practice this cherished freedom. Throughout the world, anti-Americanism and anticapitalism are in decline. In Latin America, outside of Venezuela and Cuba, dictatorship of the old socialist and fascist varieties is dead, with market reforms sweeping even nominally leftist regimes.

The search for liberty is simply part of the greater search for a world where respect for the rule of law and human rights is universal—a world free of dictators, terrorists, warmongers and fanatics, where men and women of all nationalities, races, traditions and creeds can coexist in the culture of freedom, where borders give way to bridges that people cross to reach their goals limited only by free will and respect for one another’s rights. It is a search to which I’ve dedicated my writing, and so many have taken notice. But is it not a search to which we should all devote our very lives? The answer is clear when we see what is at stake. 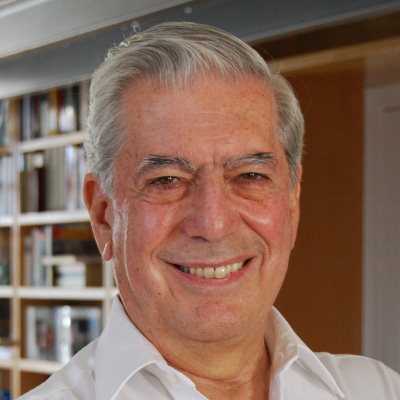 Mario Vargas Llosa is the recipient of the 2010 Nobel Prize in Literature and was honored with at the Independent Institute’s “25th Anniversary Dinner: A Gala for Liberty”.
FreedomPhilosophy and ReligionSocialism, Communism, and Collectivism