Finding Wisdom in the Midst of Tragedy: News: The Independent Institute

A week ago, two men were executed in the United States: Troy Davis in Georgia, and Lawrence Brewer in Texas. Troy Davis might have been innocent of the crime for which he was sentenced and put to death; Lawrence Brewer was definitely guilty. While everyone was focused on Davis’ fate, as the U.S. Supreme Court considered a last-minute appeal by his lawyers, Brewer, an unrepentant bigot, was quietly put to death. Hardly a word was spoken about Brewer’s execution, and the words that were spoken were mostly in passing.

Civil rights activists and legal analysts declare that there are many important lessons to be learned from Davis’ execution, and there are. But the greatest lesson to be learned from the horror of Wednesday is not to be found in the Troy Davis case, but in the circumstances surrounding the execution of Lawrence Brewer.

Self-proclaimed white supremacist Lawrence Brewer and two friends offered a ride to James Byrd, Jr., a black man, in Jasper, Texas. Rather than bringing him home, however, Brewer and his buddies beat Byrd mercilessly, chained him by his ankles to the back of a truck, and dragged him to his death, scattering parts of his body along the way. If ever a death seemed to cry out for Texas style justice, this would be the one. This was no crime of passion, but a cold-blooded, calculated killing of a black man by white men in the South. Southerners know a lynching.

Brewer and one of his accomplices, John William King, were both sentenced to death. The third accused man, Shawn Berry, received a life sentence. After reading the account of Byrd’s death once or twice, it becomes harder and harder even to glance at the printed page. Words like, beating, urination, dragging, decapitation, instantly evoke horrific images even as the mind struggles to push them out. To begin to understand what it must mean to visualize this killing over and over again every day, as the members of James Byrd’s family must have done, defies imagination. Lawrence Brewer was not just unrepentant, he was vilely so. He would brag to anyone who would listen of the murder he committed. He was prideful. The day before his execution he told a television reporter, “As far as any regrets, no, I have no regrets. No, I’d do it all over again, to tell you the truth.” He appeared to all a man with no hope of redemption.

But a door was opened to his redemption, and it was opened by Byrd’s own family.

“You can’t fight murder with murder,” Ross Byrd, 32, the victim’s son told Reuters on Tuesday. “Life in prison would have been fine. I know he can’t hurt my daddy anymore. I wish the state would take in mind that this isn’t what we want.”

“I have forgiven Lawrence Brewer because in order for me to hate him, that’s exactly what happened to my dad,” Byrd’s daughter Renee Mullins said.

Byrd’s sister, Betty Byrd-Boatner said, “My parents taught us how to forgive, and so we forgave him.”

“I feel sorry for Brewer because he has so much hate inside of him,” she said, “And didn’t understand how to get it out of him and he took the wrong path.”

“We forgave him. We didn’t convict him.” Speaking of their mother Stella, who passed away last year, Byrd-Boatner said, “She had every right to be angry, but her words were that ‘I forgive them’ and that was deep. Even when we found out that the death was more violent, she still stood and said ‘I forgive them and we want peace.’”

As his execution neared, Byrd’s sister lamented that Brewer “has no remorse and I feel sorry for him, but forgiveness brings about healing. We had begun to heal a long time ago. We’re praying for his family as well as our family, and for the citizens of Jasper. We already made peace with it a long time ago.”

The Byrds have discovered something that unfortunately has proved elusive for the family of Mark MacPhail, the victim of the Georgia murder for which Troy Davis was put to death. What the Byrds discovered is wisdom that is thousands of years old—wisdom that seems to be lost and found repeatedly. They discovered the tremendous power of mercy. Despite Brewer’s shocking lack of remorse for his dreadful acts, the Byrd family had let go of their anger many years ago, and knowing that if given the chance he would commit the same crimes again, they offered him the only gifts they could give him: mercy and forgiveness They fought to stop the execution of the man who has caused each of them more grief than most people will suffer in a hundred lifetimes.

The Byrd family learned that those who find it in their hearts to forgive even those who least deserve forgiveness gain deeper and more lasting peace.

“No man is an island, entire of itself; every man is a piece of the continent, a part of the main; if a clod be washed away by the sea, Europe is the less, as well as if a promontory were, as well as if a manor of thy friend’s or of thine own were; any man’s death diminishes me, because I am involved in mankind, and therefore never send to know for whom the bell tolls; it tolls for thee.”

I am Troy Davis. I am also Lawrence Brewer. The bell tolls for me. It tolls for all of us. 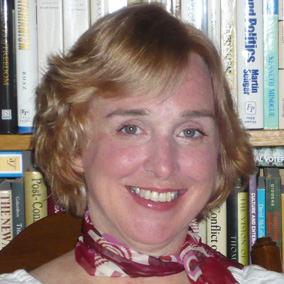 RELATED
Paul Volcker’s Recipe for Prosperity
Ownership, Control, and Reform: Market-Based Approaches to Universities
The Cost of San Francisco’s Reparations Proposal: Nearly $600,000 Per Household
What the Populists in Congress Get Right and Get Wrong
Texas Conservatives Should Not Support Banning Land Sales to Foreigners
Reckless Reparations Reckoning
San Francisco Falls Into The Abyss
It’s Time to Put a Brake on the Debt-Ceiling Charade
The Garage Papers: From Alger Hiss to Sandy Berger, Hillary Clinton and Joe Biden, it’s all about memory against forgetting.
Who Is ‘Accountable’ to Whom?
South Carolina Lawmakers Bear Responsibility for Supreme Court’s Abortion Ruling
‘Belief in Freedom’ Is Bad for You