OUR FUTURE is foreshadowed in our present: Racial hostility is the price we shall pay for reverse discrimination. Academic hiring, usually a matter or little public interest, has made news in the Bay Area three times during the past few weeks. Each case is different, yet each reflects the emergence of a disquieting trend in American education that threatens to displace academic and administrative merit with racial and ethnic politics, a factor detrimental to education and to the people it serves.

The first case involves the appointment by the Board of Education of a Latino as the new superintendent of the San Francisco public schools. This selection raised vociferous protests among various black leaders from church groups to the NAACP with charges that the San Francisco school board was "blatantly racist," The protesters backed instead the appointment of a fellow black. They even threatened to launch a recall of the members of the board and form their own "black board of education."

Another flap occurred on the Berkeley campus with the hiring of a French-born sociologist, currently a Junior fellow at Harvard University, whose work has concentrated on the African-American urban poor and the history and society of New Caledonla. In response to this appointment, sociology students organized a strike saying that a white is unfit for a position that deals with Chicanos.

Neil Smelser, chairman of the sociology department, countered by saying that the department had decided to expand the scope of the position beyond Chicano studies to include race and ethnic relations in general, and that the appointee’s resume includes an impressive list of studies, publications and strong references, which made him the most qualified candidate under the circumstances. Sociology graduate student Nathan Newman answered by saying that the hiring of the present appointee rather than a "person of color" is a case of selecting the prestige guy. who has some good names behind him."

In other words, the criterion of "color" should be the primary criterion in hiring university faculty, and not teaching or scholarly abilities as judged by a body of scholars who best know the field. Newman went on to say that the selection of the appointee is yet another case of institutional racism.

The third case involves the hiring of a new president for San Jose State University. Ruth Leventhal, provost and dean of Penn State’s Harrisburg campus, was offered the position after a nine-month search.

The final slate of six contenders included one white male while the rest were women and minorities. Charging that this was an affirmative action list, reflecting not the attributes of a person qualified to run the university but rather the strictures of political correctness, Robert Hosfeldt, a former president of the San Jose State Alumni Association, says that the result of such thinking by the selection committee was a group of candidates "completely wrong for San Jose State." Soon thereafter Asian and Latino faculty opposed Leventhal on the grounds that she had no record of dealing with people like them.

The common factor in these unseemly appointment conflicts is race and ethnicity as decisive elements in the hiring process. These episodes are a harbinger of what will come from the institutionalization of affirmative action degenerated to a sys-tem of racial spoils.

What proponents of affirmative action said would never happen —hiring by race and ethnicity — is exactly what is happening before our very eyes. Thrice warned should be sufficient to demonstrate that without reliance on merit there will only be racial and ethnic warfare. 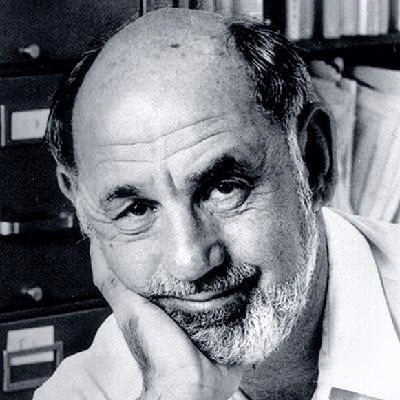 Aaron B. Wildavsky (1930–1993) was a Research Fellow and founding member of the Board of Advisors at the Independent Institute.
Culture and SocietyEducationHigher EducationRace Issues

RELATED
Diversity, Equity, Inclusion: New Criticisms and Challenges
Is America Becoming Rome Versus Byzantium?
Tenure Controversy in Georgia
Eight No Cost Federal Collegiate Reforms Improving Access and Learning
The Left Got What It Wanted—So Now What?
The Woke Left’s Primitive Economics
So They’re Trying to Shut You Up
Should Low Earnings Degrees Be Eliminated? Gillen’s Data and More