Who wants to talk about climate change? Yes, climate change. Real, atmospheric movements threatening the livelihood of our nation’s economy and its citizenry.

For those of you who are tired of Al Gore’s rhetoric on the melting ice caps or sweating polar bears, the US Chamber’s Institute for Legal Reform (ILR) has an alternative climate change initiative truly worth our attention. On Wednesday morning, ILR released “Lawsuit Climate 2008: Ranking the States”- the largest, most comprehensive study on abusive atmospheres in American courtrooms.

Harris Interactive, a nonpartisan market research firm, compiles this annual investigative report to track climate trends within the American legal system. In a culture that is becoming increasingly familiar with lawsuit corruption, the Institute for Legal Reform has undertaken the responsibility of targeting those states who’ve allowed these abuses to fester and call them to national attention. The “Lawsuit Climate 2008” study breaks down the best and the worst legal atmospheres. Where does your state rank?

Interestingly, senior attorneys representing many of America’s largest employers claim that state liability systems have “steadily improved” over the last several years. However, less than half of them would grade these systems as “excellent” or “pretty good.” More than half would rate the states as “only fair” or “poor.” Delaware ranks at the top of the curve, “best in class” among a group of apparently mediocre comrades, with West Virginia earning the position of “worst” state legal climate in the nation.

When considering the impact of this vital “Lawsuit Climate 2008” study, the U.S. Chamber of Commerce’s CEO, Tom Donohue, reminds us that these prevailing perceptions amongst the top litigators for many of our largest corporations can have drastically negative economic implications:

“We’ve been telling state policymakers for seven years now that they need to improve their state’s lawsuit system in order to attract new business and grow jobs and, at least in some states, the message appears to be getting through. But some states are learning that changing the law isn’t enough—they also need to make sure their courts correctly apply the law.”

In an effort to highlight the results of this “Lawsuit Climate 2008” study, the ILR is embarking on a national television and online advertising campaign aimed at highlighting the negative repercussions that lawsuit abuse can inflict upon businesses and families.

Global warming aside, this is an imminent climate crisis facing our nation today.

To find out where your state ranks and access the full report, visit the US Chamber’s Institute for Legal Reform website at http://www.instituteforlegalreform.com/states/lawsuitclimate2008/. 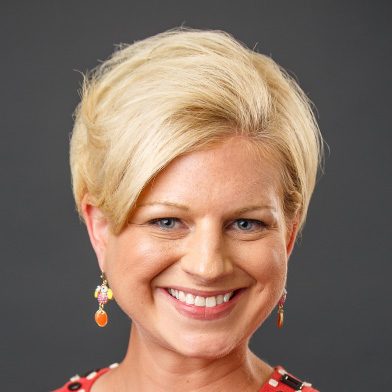 Lindsay M. Boyd is the former Communications Director at the Independent Institute.
Bureaucracy and GovernmentCrime, Criminal Justice, and PrisonsCulture and SocietyGovernment and PoliticsLaw and LibertyLitigation

RELATED
The States that Are Falling Behind in Economic Freedom
Race Everywhere
Paul Volcker’s Recipe for Prosperity
Concentrate Where the Murders Are Concentrated
Four Ways to Get What You Want
What the Populists in Congress Get Right and Get Wrong
Debt Ceiling Kabuki: Republicans Will Cave and U.S. Government Finances Will Get Even Worse
Reckless Reparations Reckoning