The Treasury Department—whose mission has ostensibly expanded to include management of government finances, the promotion of economic growth and stability, and the provision of safety, soundness, and security in financial systems—will hit its debt ceiling (yet again) by year’s end.

In the final chapter of The Wealth of Nations, Adam Smith argued that once national debts have accumulated to a certain degree, they are rarely paid. Government officials, he argues, are both unwilling and unable to get serious about debt. They don’t want to lose popularity by raising taxes and they will never cut spending enough. Instead, they employ “juggling tricks” to push the debt problem into the future and hide the full costs.

The most improper “trick” Smith forecasted was currency debasement, “by which a real public bankruptcy [is] disguised under the appearance of a pretended payment.” President Obama and his team of economic advisors would do well to revisit Smith’s timeless discussion of “juggling tricks,” because despite the president’s “exit strategies” rhetoric, further debasement seems to be the inevitable policy path.

Indeed, the current administration inherited a mess from former President Bush, but in his first nine months in office, President Obama has done nothing to curtail the vicious cycle of economic ruin. Instead, he has accelerated it. The tricks being played by Obama, such as his effort to distract voters from historically unprecedented deficits by talking about “halving the deficit” and shifting attention away from fiscal crisis by focusing on the environment and health care, are similar to Bush’s tactics. They are tried and true schemes employed by both parties because they conceal the real costs of government excess from voters.

Our modern-day debasement has come, in part, because it is impossible to keep the Fed and Treasury separate, a problem that has grown more severe since the 2008 financial crisis. But as many 20th century economists warned us—so long as these institutions exist—they will remain entangled. For example, the 1974 Nobel Prize winner in economics, F. A. Hayek, often warned of the monetary policy dance becoming an exercise of “holding a tiger by the tail.” James Buchanan, the 1986 Nobel Prize winning economist, warned of the political legacy of Keynesian economics as producing “democracy in deficit.” Economists like Smith, Hayek, and Buchanan have been consistent in arguing for government restraints because a government unable to constrain itself threatens to destroy the economic future of its citizens.

An alternative to such tricks exists. If truly implemented, debt repudiation could prevent people from being fooled again and again in the future. Rather than incur painful, gradual inflation taxes, we would prefer to see politicians come clean. Debts will be erased once and for all, and the legitimacy of the State will, in one fell swoop, be called into question. Rather than erode debt obligations through inflation, the debt could be repudiated through bankruptcy proceedings. Like individual bankruptcy cases, the United States government would admit that they are unable to pay off existing debts. The repudiation forces future politicians to credibly commit to sounder economic policies and, perhaps, would help to avoid future cycles of deficits, debt, and debasement.

Of course, our call for debt repudiation is not a new one. Like many good ideas in economics, Adam Smith was there long before us. “When it becomes necessary for a state to declare itself bankrupt...a fair, open, and avowed bankruptcy...is both least dishonourable to the debtor, and least hurtful to the creditor,” he argued. In other words, when the financial storm arrives—and it will—the juggling tricks must stop. 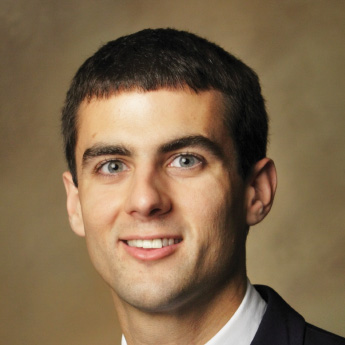 Scott A. Beaulier is a Research Fellow at the Independent Institute and Dean of the North Dakota State University's College of Business.

Peter J. Boettke is a Research Fellow at the Independent Institute and Professor of Economics and Philosophy at George Mason University.

RELATED
The GOP Needs to Go Back to Sound Principles on Free Enterprise, Small Government, and Legal Immigration
Fine. Blame Ticketmaster for the Taylor Swift Fiasco, but Don’t Overlook the Fundamental Cause.
Can’t Get Taylor Swift Tickets? Blame Other Fans, Not Ticketmaster
End the COVID National Emergency Now
Let Them Compete: Labor Markets Are Workers’ Friends, Not Their Enemies
Why Doesn’t This Economist Want His Daughter to Be a Feminist?
As California Schools Fall Even Further, A Charter School Shows How To Succeed
Why Do Progressives Support Democrats? Part Two


FROM Scott A. Beaulier