Why Foreign Banks Should Not Be Restricted From Entering the Bulgarian Market: News: The Independent Institute

←  NEWS
COMMENTARY
Why Foreign Banks Should Not Be Restricted From Entering the Bulgarian Market
October 1, 1990
By Peter J. Hill

From The Bulgarian Economic Growth and Transition Project

Bulgaria’s recent difficulties in maintaining a viable private banking sector illustrate one of the major problems in a transition economy. It is very difficult to establish, in a short period of time, financial institutions that adequately serve the need of an economy for a safe repository for savings and as a viable source of investment funds. There are several reasons why it is more difficult to create a viable private banking sector than it is to establish other components of a private market.

First, since the banks under central planning were little more than clearing houses for the planners’ allocation of funds, it is very difficult, in contrast to other sectors, to privatize the state entities. Few of the requirements for successful private banking were met by the state owned banking sector and there is little hope of creating successful banks out of the state banks.

Another problem is that banks require relatively sophisticated management and these management skills are in short supply in a transition economy. Also, monitoring banks is not easy. In the jargon of economics there are high transaction costs to determining whether banks are correctly performing their functions or not. It is very difficult for depositors to know whether adequate reserves are being kept and whether sound loans are being made. Over the long term this problem is solved by the creation of reputational capital. This means that some banks decide that they can profit more from repeat business than they can from taking advantage of their customers and they establish a reputation for honest dealing and sound management practices. However this reputational capital takes a fairly long period to develop and it is very difficult for those using banks in the early stages of transition to know which institutions will survive and develop a reputation for good management.

Finally, the capital requirements for a viable bank are not trivial. Many banks fail because of under–capitalization even if the owners are well-intentioned. In a period of economic expansion it can appear that banks can profit considerably from loans but, when the economy suffers a recession, banks may suddenly find their reserves are inadequate because they did not foresee the economic downturn.

For all of the above reasons banking services should be one of the first things that transition economies import. Foreign banks would be very helpful in making the transition from central planning because of the importance of financial intermediaries for the starting of new businesses and the expansion of existing ones. Foreign banks could open branches in Bulgaria with little difficulty and they would bring several important contributions to the scene. These banks generally are quite adequately capitalized, and since the majority of their business would not be in the Bulgarian economy, they would not be as affected by local economic fluctuations as domestic banks are. These banks also have capable management based on many years of experience, and they could bring in Bulgarian workers over time and train them with appropriate skills. Most importantly, banks that are successful in other economies have already established reputational capital and it is doubtful that they would risk this capital by engaging in inappropriate banking practices in Bulgaria. For instance, a major German or Swiss bank would have a great deal to lose if its Bulgarian branches behaved in an un-businesslike or dishonest fashion.

Another important consideration is the necessity of separating the political or government sector from banking. If the banking industry is to be successful over the long–term, it must not be rewarded by bailouts when it engages in unsound business practices. However, there can be a great deal of political pressure to rescue banks that are failing. One of the advantages of a large foreign banking sector would be the fact that there would be less political pressure to rescue foreign banks from their mismanagement than there would for domestic banks. Thus foreign banks would be very unlikely to take undue risks based on the assumption that the government would bail them out if their risks led to failure.

It is clear that the Bulgarian economy is struggling for several reasons, not the least of which is the difficulty in establishing a viable banking sector. One of the best ways to solve this problem would be to allow foreign banks to operate freely in Bulgaria and this would be of great benefit to the economy and to the Bulgarian citizens. 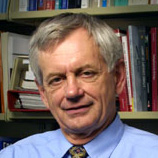 RELATED
Ownership, Control, and Reform: Market-Based Approaches to Universities
Four Ways to Get What You Want
A Dispatch from the Corporatized Dystopia: Bring on the Chains!
Texas Conservatives Should Not Support Banning Land Sales to Foreigners
San Francisco Falls Into The Abyss
It’s Time to Put a Brake on the Debt-Ceiling Charade
The IMF and Sri Lanka Are Partners in Delusion
Who Is ‘Accountable’ to Whom?
Does the U.S. Need to Contain China in Africa?
Feds Are Profiting Off of Policy: Only Voters Can Stop Them
When Putin Turned His Back on Reaganomics
U.S. Should Allow Venezuela to Export More Oil