The Housing Bubble Was Real and So Are Its Consequences: News: The Independent Institute

←  NEWS
COMMENTARY
The Housing Bubble Was Real and So Are Its Consequences
June 15, 2009
By Mark Thornton
Also published in Washington Examiner  « Show Fewer

Nothing better illustrates government failure and the housing crisis than the housing bubble. Government policies make homes increasingly expensive and beyond the economic reach of first-time homebuyers.

Then as interest rates rise and housing prices fall, many homebuyers find themselves with bad investments that they can no longer afford. What started as a government effort to improve the prospects for homeownership through a policy of “easy money” ends up having unintended consequences that will leave many Americans economically scarred for the rest of their lives.

The reason economic crises create fear and subversion of liberty is that people do not generally understand what caused the bust or economic crisis and generally do not even know that there was a bubble in the first place. In fact, as the bubble is bursting many people will deny that there is a problem and believe that the whole situation will quickly return to what they consider normal.

This is essentially the view of Alan Greenspan (former chairman of the Federal Reserve Bank, or Fed for short) and Ben Bernanke (current chairman of the Fed). In particular, Greenspan was aware of the possibility of a housing bubble, but he offered many reasons to suggest that it did not exist, and that if it did exist it would not be a major problem. In 2002, he said, “Even if a bubble were to develop in a local market, it would not necessarily have implications for the nation as a whole.”

The New York Times’ Paul Krugman did not predict a bubble, but he did finally realize that we were in one and that it presented a big problem for the U.S. economy. Commenting on the hectic pace of housing construction and the “absurd” housing prices, Krugman drew parallels to previous investment manias. But what causes this irrational behavior? Krugman suggested that, with the housing bubble, the bubble builds on expectations of capital gains.

The housing bubble that began in the late 1990s is a classic example of government failure as applied to the housing crisis. Inflation of the money supply that accompanied the Fed’s cheap credit policy led to a borrowing and building binge of an unprecedented scale.

The number of new homes built, the price of new and existing homes, and the total amount of real estate investment all indicate that the Fed’s policy, combined with a favorable tax policy and taxpayer-subsidized lending practices, created the housing bubble.

Contrary to Greenspan’s and Krugman’s assessments, the bubble is not just a bunch of hot air. Real resources are involved. These have been misdirected during the bubble and will have to undergo painful adjustments in the aftermath of the bubble.

This will involve unemployment, foreclosure, and bankruptcy for many people, especially those in the construction and construction-related industries. The economy at large will be sent into a recession or depression, which could be of a lengthy duration because of the slowness of the housing market as compared to the stock market, which can process very large changes in value within the period of one market day.

The lesson of the housing bubble is that what at first appeared to be the government trying to help improve homeownership for Americans has been a giant government failure. It will have the unintended effect of economically scaring many homeowners, particularly those who bought houses at the peak of the bubble.

Others have been fooled into extracting equity from their homes, increasing their mortgages and taking loans, such as variable-rate loans, which they believed were necessary to qualify to buy houses at inflated prices.

Similar trends in housing have occurred in countries around the world as many of the world’s central banks have been engaged in monetary pumping that has been injected into their housing sectors.

Now, the Federal Reserve and the U.S. Treasury have initiated aggressive and unprecedented policy responses under the cover of preventing a financial market meltdown.

These policy responses are really attempts to bail out the owners of large financial business. They will do little to help the housing market and will increase the overall economic harm of the housing bubble. 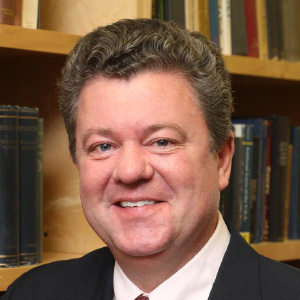 Twitter
Banking and FinanceEconomic History and DevelopmentEconomistsEconomyHousing and HomelessnessPhilosophy and Religion

RELATED
An Economic Evaluation of Covid Lockdowns
Liberties Are Only Kept Safe by the Limitation of Government Power
Jordan Peterson: Why I Am No Longer A Tenured Professor at the University of Toronto
Just Say No to Biden and Fauci’s Universal Vaccination Nation
The Collapse of Communism
Free Markets, Not Slave Markets
Reducing the Harm in San Francisco’s Harm Reduction Program
Price Controls and Government Spending Won’t Fix Inflation