The Contradictions of Secretary Geithner: News: The Independent Institute

←  NEWS
COMMENTARY
The Contradictions of Secretary Geithner
May 20, 2009
By Douglas W. MacKenzie

In a recent interview Treasury Secretary Timothy Geithner admitted that Federal Reserve monetary policy “was too loose for too long.” Geithner’s remark has been met with much enthusiasm. Is this not a major concession on his part? Has Geithner not laid the blame for the 2008 crisis squarely at the Fed’s doorstep? Some of us claim that Geithner has admitted to an Austrian explanation for the 2008 crisis. If true, this would be a major concession on Geithner’s part. Such a concession would run contrary to the policies that Mr. Geithner is supposed to implement as Treasury Secretary to President Obama.

Geithner sees three causes behind the crisis. The first cause was, as previously noted, loose Fed policy. Oddly Geithner commented favorably on what the Fed has done over the past six months. Low interest rates are supposedly helping to turn this crisis around. So Geithner sees loose policy during the Subprime Boom as too low for too long, yet lauds an even looser policy. He explains that The Fed was too loose then when investors were too optimistic, but now that financial markets are frozen and investors are pessimistic, monetary laxity is fine. More specifically, Geithner blames “irresponsible judgments by individuals in the financial system for an unsustainable rise in debt.” Could it be that people assumed excessive debt because Fed policy was too loose for too long? Mr. Geithner is, for some reason, unable to see the connection between the low interest rates that result from loose Fed policy, and excessive borrowing.

Geithner’s second reason for the boom and bust is that the governmental supervisory system “was way behind the curve, risk built up outside of the regulatory framework,” and banks were overleveraged. According to Geithner, over the past ten years executive compensation became detached from reality, and this compensation created incentives that “overwhelmed” all the checks and balances against excessive risk taking. Geithner’s answer to this alleged problem is new government regulation to restrain risk taking, regulation of leverage, and regulation of incentive compensation. These measures are about “preventing the next boom.” Once again, Geithner has ignored the likelihood that loose Fed policy was the main driver of the Subprime Boom. Geithner is overlooking all that the Federal Government did to promote subprime lending by banks (see Anatomy of a Train Wreck: Causes of the Mortgage Meltdown by Stan J. Liebowitz.)

The third and final reason Geithner listed is that “governments were late to move. They were late to put in place the kind of forceful fiscal stimulus we now have in place . . . it took a while for people to recognize the urgency of the situation and be willing to legislate the kind of broader authority that any government needs to get through a financial crisis.” This is not surprising. Nobel Laureate Milton Friedman explained how long and variable lags prevent timely implementation of changes in government policies. There is a recognition lag to all policies, and the legislative process causes a lengthy ‘administrative lag’ in fiscal and regulatory policies.

Strangely, Geithner recognizes that the private sector has already moved to solve its own problems. In an earlier interview Geithner said:

“[T]he financial system will be dramatically different. It’s already dramatically different. Again, if you look at the scale of adjustment and restructuring in the financial system, it’s already happened. It’s profound in scope already. So if you just look at the system today relative to what it was through [sic] three years ago in terms of the institutions that existed then, and their basic shape has changed dramatically. . . . This will clean out a lot of the excesses and bad practices, and those that don’t get cleaned out just by experience and knowledge now, better regulation oversight, better rules to the game, enforced more cleanly, we’ll fix.”

Geithner’s desire for greater regulation is particularly hard to understand given his views on existing changes in the financial system. The financial system is already dramatically different because experience has cleaned out excesses and bad practices, but we need new regulations? Even if we accept the idea that the crisis derived partially from lack of regulation, Geithner’s own words indicate that that the private banks have moved faster than the Federal Government to correct faulty practices. Why then should we trust them to prevent further crises? Geithner claims that this is the “best managed crisis” because they acted “earlier and stronger” to deal with these problems, yet he also describes delays in government action as “tragic.” Of course, Geithner sees his own management as the best, and earlier efforts as weak and delayed. But he has no better ability to foresee future events, and no special powers to effect changes in policy more rapidly. If anything, recent experience indicates that the private sector moves faster in dealing with serious problems than can federal officials.

Geithner claims that he is “designing into these programs a credible capacity to dial back and exit.” For example, Obama and Geithner have an “ambitious and tough with plan with clear choices for bringing deficits down to a sustainable level.” At this point Obama’s proposed spending cuts are miniscule as compared to his planned spending increases. Given the track record of Federal Government, the likelihood of Obama’s new Federal Spending being dialed back seems quite small. In fact, the expansion of government during crises typically exceeds post crisis retrenchment[1].

The case that Geithner makes for his policies is both self-contradictory and contrary to fact. Geithner wants to build a “stronger and more sustainable recovery,” but at the same time he is promoting a more extreme version of the monetary policy that he thinks contributed to the last unsustainable boom. He is also pushing for new regulation of risk, leverage, and compensation in response to a crisis that was driven by government policies that encouraged risky Subprime lending. There is a great need for reform. What we actually need is to prevent inflationary monetary policies as well as Federal efforts to direct the economy through regulation, as these are the types of action that caused the subprime housing boom and subsequent crisis. Ironically, Geithner’s goal of preventing yet another unsustainable boom and crash can be achieved only by ignoring his advice, because his policies are based on faulty logic and a misinterpretation of available facts.

The views expressed in this article do not reflect official views of the Coast Guard Academy. 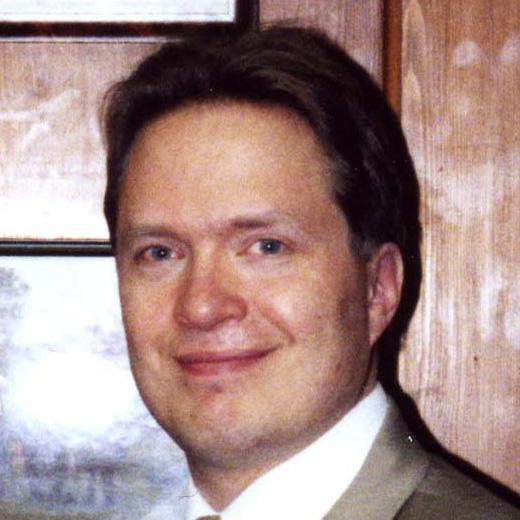 Douglas W. MacKenzie is Adjunct Fellow at the Independent Institute and Visiting Assistant Professor of Economics at the U.S. Coast Guard Academy.
Banking and FinanceBanking Law and RegulationEconomic PolicyEconomistsEconomyLaw and LibertyPhilosophy and Religion

RELATED
Congress Has a Stake in the Dollar’s Integrity
Which Economists Should Have Gotten Nobels Before They Died?
California Rejects Four-Day Workweek, but Supporters Haven’t Given Up
Whatever Happened to the $15 Minimum Wage?
David Theroux: Gentleman, Scholar, Entrepreneur
Biden Going Green by Killing Jobs, Strangling Growth with Red Tape
Will Populism Triumph in France’s Election?
You Thought Tax Day Was Bad? Biden Has Worse in Store
Religion, Science, Freedom
Trickle-Down Racist Antiracism
We Can Adapt to Climate Change Without Destroying Our Way of Life
Suffering from Sunk Costs