The Illusion of ‘Green Jobs’: News: The Independent Institute

“Green jobs” are touted as the universal cure-all, saving the environment and the economy at the same time. Congress included more than $80 billion in spending and tax incentives to promote them in the recent stimulus bill. Van Jones, President Barack Obama’s green jobs adviser, even recently called for using ex-convicts to build solar cells as part of their rehabilitation. It is a wonderful vision that fits nicely with Wednesday’s 39th anniversary of the first Earth Day. Unfortunately, claims about the wonders of green jobs are all too often constructed on myths about economics, forecasting, and technology.

In a recent study I co-wrote, we waded through the most comprehensive green jobs proposals and found that most plans are a gamble on unproven technologies. For example, Interior Secretary Ken Salazar recently suggested we could get all of our electricity from wind farms in the Atlantic Ocean—yet regulators have been holding up Cape Wind’s efforts to build a wind farm off Cape Cod, and local officials near my home in central Illinois recently voted to oppose a wind farm because of “visual pollution” and concerns over fire hazards on the turbines. Scrapping the existing sources of the electricity on which we depend for our homes, hospitals, factories, and schools in favor of unproven technologies would be a mistake.

Spending billions would certainly produce green jobs, but it would also eliminate jobs in areas that lose government favor. Green jobs advocates rarely count the job losses their programs will cause. For example, shifting electricity production from coal to wind means that many coal miners, truck drivers, utility workers, and other employees will lose their jobs as energy prices soar. And because wind and solar power are much more costly than our current sources of energy, people will lose their jobs elsewhere as higher energy prices slow the economy. To make a fair calculation of the impact on employment, we have to consider job losses as well as gains.

What kinds of jobs will the government’s green programs create? Proponents focus on retraining construction workers to insulate schools and hiring unemployed auto workers to manufacture solar panels, in an effort to buy labor unions’ support. But a close look reveals that the biggest increases in employment would be among secretaries, management analysts, bookkeepers, and janitors. Indeed, the cities with the most “green jobs” today, according to the U.S. Conference of Mayors, are New York and Washington, D.C. Spending billions to hire management analysts, lawyers, and bureaucrats to write reports and argue over regulations won’t do much for the average out-of-work American—or the environment.

Everyone favors good jobs and a clean and healthy environment. But throwing money at people who label themselves green won’t make either possible. We should insist on careful analysis before we risk public money in such efforts, particularly since our children must repay the money we are borrowing now to fund these programs. Our children’s economic and environmental future depends on us making wise choices today. 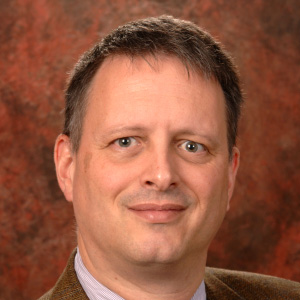 Andrew P. Morriss is a Research Fellow at the Independent Institute and Dean and Anthony G. Buzbee Dean's Endowed Chairholder at Texas A&M School of Law.
Economic PolicyEconomyEnergyEnergy and the EnvironmentLabor and Employment

RELATED
The GOP Needs to Go Back to Sound Principles on Free Enterprise, Small Government, and Legal Immigration
Let Them Compete: Labor Markets Are Workers’ Friends, Not Their Enemies
Why Doesn’t This Economist Want His Daughter to Be a Feminist?
As California Schools Fall Even Further, A Charter School Shows How To Succeed
Why Do Progressives Support Democrats? Part Two
There Are 8 Billion People. We Should Celebrate Superabundance, Not Lament ‘Overpopulation’
What Difference Did the Election Make?
Enjoyment of the Upcoming World Cup Will Come at a Price