Regulators Force a “Good Neighbor” out of Florida: News: The Independent Institute

On January 27, State Farm Florida Insurance Company, the largest provider of homeowners insurance in the Sunshine State, gave formal notice to the Florida Office of Insurance Regulation (OIR) that it intends to withdraw completely from the state. This action will leave more than one million policyholders, including many in the riskiest areas, searching for coverage.

Once the withdrawal is complete, the company will surrender its Certificate of Authority to transact insurance business, indicating it has no intention of returning to Florida.

In the notice, the company blames regulatory price controls for its decision, saying they have created an “unacceptable probability of impairment or insolvency.”

The notice followed a decision by state insurance regulators denying State Farm’s request for a rate-increase. The request did not rely fully on the threat of another bad storm season. While a catastrophic storm would accelerate the company’s financial woes, a combination of increasing small claims, increasing reinsurance costs, and excessive mandatory discounts would lead State Farm Florida into bankruptcy as soon as 2011 without a hurricane making landfall.

For example, rate-suppressing regulations create incentives for homeowners and real-estate developers to take excessive risks by subsidizing the cost of living by the ocean. Such regulation also drives financially secure firms out of the market. Insurers’ financial strength comes from holding enough money to pay losses, even when they are greater than expected—like following a catastrophic storm. The more money an insurance company holds for this purpose, the more it must pay as a return to the source of this capital (investors or reinsurers). The resulting addition to insurance premiums is called a “risk charge,” because the company is putting more money at risk. When regulators suppress insurance prices, the risk charge is squeezed out of the premium until only the insurers with the least money to pay claims can earn a fair return on capital.

In contrast, adequate insurance prices resulting from market competition create incentives for developers and homeowners to weigh such risks. This might lead to more stringent construction standards, so homes and condos are better able to weather severe storms. It might lead to building a few blocks or miles from the beach, rather than on the beach itself. Or it might lead to not building at all.

Competitive markets also ensure fair insurance prices, prices that are adequate to pay claims, but do not include more profit than is necessary to provide insurers with an incentive to bear the risk of the policies they issue.

State Farm Florida’s plan to leave the Sunshine State is receiving mixed reviews from regulators and policyholders, but it is reasonable, prudent, and long overdue.

Private firms are obligated to cease activities that threaten their financial viability. An unfortunate combination of increasing hurricane exposure and heavy-handed regulation created a scenario in Florida in which State Farm could no longer reasonably expect to earn a fair return.

Unlike the storms that have ravaged Florida’s coasts, the deterioration of the state’s insurance market and subsequent withdrawal of its largest private insurer did not happen by chance. They resulted directly from unreasonable actions of regulators.

An important lesson we can learn from this is that a popular solution—decreasing insurance costs by forcing insurance companies to lose money—is not necessarily wise or effective. Leaders have a responsibility to educate themselves and their constituents and act in their interest. Instead, Florida’s elected officials are answering the populist call to suppress insurance rates and stick it to the insurers. The people they are hurting the most are themselves.

If such actions continue and more strong insurers flee the state, Floridians will not have the resources to rebuild after the next big storm. When this happens, Gov. Crist will immediately dash to Washington D.C., hat in hand, begging for a federal bailout. Given the increasing economic problems across the country, it is unclear how U.S. taxpayers will respond. Floridians should not be willing to take this risk. 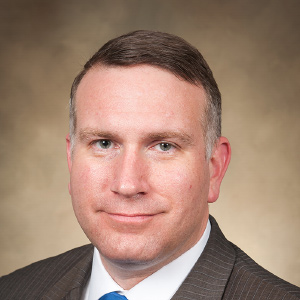 Lawrence S. Powell is a Research Fellow at the Independent Institute and Associate Professor of Economics and Finance at the University of Arkansas at Little Rock (UALR).

RELATED
Does Another Decade of Inflation Loom Ahead?
Health Care Components of the $3.5 Trillion (Or, Is It $5.5 Trillion?) Spending Plan
Wokeness: An Evil of Our Age
Recall the California Ideology
Why We Are Divided: The Case of Larry Elder
Federal Higher Education Policy and the Law of Demand
Congress Needs to Rein in a Too-Powerful Federal Reserve
Lebanon’s Politicians, the Masters of Disaster—Exhibit No. 1: Artificial Fuel Shortages
Does America Still Work?
Brace Yourself—Inflation’s Coming Back Stronger than Ever
Economic Theory and Public Policy
After the Gold Standard, We Got Bigger Government and a Smaller Dollar