Why This Bailout is as Bad as the Last One: News: The Independent Institute

←  NEWS
COMMENTARY
Why This Bailout is as Bad as the Last One
October 14, 2008
By Jeffrey A. Miron
Also published in CNN.com  « Show Fewer

Editor’s note: Jeffrey A. Miron is senior lecturer in economics at Harvard University. A libertarian, he was one of 166 academic economists who signed a letter to congressional leaders opposing the government bailout plan.

CAMBRIDGE, Massachusetts (CNN)—Ten days after passage of its $700 billion bailout of the financial sector, the U.S. Treasury has announced that it will implement this program, in part, by giving banks $250 billion in return for shares of their stock.

In other words, the U.S. government will acquire a significant ownership stake in the banking sector.

The goal of this stock purchase is to “inject liquidity.” This will, in principle, improve bank solvency and increase bank lending, thereby minimizing the chance of a recession.

This approach appears to be favored by the Treasury over the previously announced strategy of buying “troubled assets” from banks. The Treasury is also planning to guarantee new bank debt and expand insurance of bank deposits.

Alas, the new approach is no better than the first. Here’s why.

If banks were fundamentally sound but temporarily in need of cash, they could sell stock on their own to private investors. Few investors now want bank stock, however, because they cannot tell which banks are merely illiquid—short of cash for new loans because their assets are temporarily sellable only at fire-sale prices—and which are fundamentally insolvent—short of cash and holding assets whose fundamental values are less than the bank’s liabilities.

This lack of transparency is a crucial impediment to new investment, and therefore to new lending.

Government injection of cash, however, does little to improve transparency. A bank with complicated, depreciated assets is in much the same position after the government gives it cash as it was before, since outside investors will still have limited information about the solvency of any individual bank.

Perhaps the new cash will spur the sale of bad assets, or nudge banks to reveal their balance sheets, but that is far from obvious. Banks, moreover, might remain cautious even with this increased liquidity simply because of uncertainty about the economy. Thus it is hard to know whether cash injections will actually spur bank lending.

In any event, government ownership of banks has frightening long-term implications, whether or not it alleviates the credit crunch.

Government ownership means that political forces will determine who wins and who loses in the banking sector. The government, for example, will push banks to aid borrowers with poor credit histories, to subsidize politically connected industries, and to lend in the districts of powerful members of Congress. All of this is horrible for economic efficiency.

Government pressure will be difficult for banks to resist, since the government can both threaten to withdraw its ownership stake or promise further injections whenever it wants to modify bank behavior. Banks will respond by accommodating government objectives in exchange for continued financial support. This is crony capitalism, pure and simple.

Government ownership of banks will not be a temporary expedient. Politicians can swear they will unwind the government’s position once “economic conditions improve,” but no one can enforce this promise. The temptation to use banks as a political tool will be permanent, not temporary, so government ownership will continue for decades, or forever.

Worse yet, government ownership of banks sets a precedent for ownership in every industry that suffers economic hardship. Some might argue that banking is “essential,” but many industries—autos, steel, computers or agriculture—will make similar claims when it is their turn to demand a bailout. Thus banking will be only the first victim in an enormous expansion of the government’s role. This again will have disastrous consequences for economic efficiency.

Last but not least, a government “injection of liquidity” is still a bailout in all but name.

The injection means that banks get cash, and they get it now. This benefits current stockholders and bondholders, which is why stocks have jumped on news of the injections.

Government purchase of bank stock, therefore, is a transfer from taxpayers to people who took huge risks and lost. The United States, and the world, got into the current mess by trying to insure away risk, which everyone should have known was a fool’s errand. Thus bailing out risk-taking—or providing new guarantees for loans and deposits—will generate even greater problems down the line.

It is time for the government to do the one thing it does well: nothing at all. This might mean serious economic pain in the short term, as more banks fail and the economy suffers through a recession. As for a cancer patient who has a tumor removed, however, the long-term benefit will more than compensate. 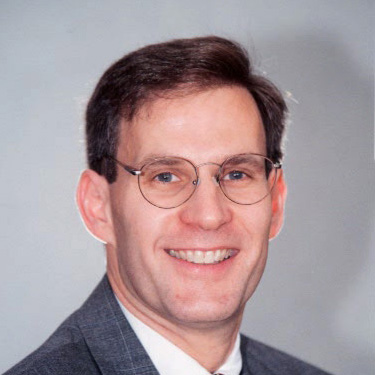 Jeffrey A. Miron is a Research Fellow at the Independent Institute and Senior Lecturer of Economics at Harvard University.
Banking and FinanceCorporate WelfareEconomic History and DevelopmentEconomic PolicyEconomyTaxes and Budget

RELATED
Biden and Oil: Destroy America in Order to Save It
Economists Should Know Better than to Support Big Government Democratic Policies
The World Is Facing Its Day of Inflationary Reckoning
What Can Healthcare Prices Teach About Inflationary Woes?
Fed Interest Hikes May End Up Having Unintended Consequences
The Pangloss Presidency: Despite evidence to the contrary, Americans now live in the best of all possible worlds.
Are Elon Musk and Jaime Dimon Crying Wolf about the Economy?
The Subordinate Citizen
Five Ways Minimum Wage Studies Fail
San Francisco Boots Boudin
The Cultural Pessimism of 1619
Congress Must End the Federal Mask Mandate Once and for All


FROM Jeffrey A. Miron