The War on Terror Feeding Frenzy: News: The Independent Institute

←  NEWS
COMMENTARY
The War on Terror Feeding Frenzy
April 22, 2008
By Ian S. Lustick
Also published in The Hill (Washington, D.C.)  « Show Fewer
Nearly seven years after Sept. 11, 2001, what accounts for the vast discrepancy between the terrorist threat facing America and the scale of our response?

Why, absent any evidence of a serious domestic terror threat, is the War on Terror so enormous, so all-encompassing, and still expanding?

The fundamental answer is that al Qaeda’s most important accomplishment was not to hijack our planes, but to hijack our political system. For a multitude of politicians, interest groups, professional associations, corporations, media organizations, universities, local and state governments and federal agency officials, the War on Terror is now a major profit center, a funding bonanza, and a set of slogans and sound bites to be inserted into budget, project, grant and contract proposals. For the country as a whole, however, it has become a maelstrom of waste and worry that distracts us from more serious problems.

In mid-2003, the Department of Homeland Security compiled a list of 160 potential terrorist targets, triggering intense efforts by representatives, senators and their constituents to find potential targets in their districts that might require protection and therefore be eligible for federal funding. The result? Widened definitions and blurrier categories of potential targets and mushrooming increases in the infrastructure and assets deemed worthy of protection. By late 2003, the list had increased more than tenfold to 1,849; by 2004 it had grown to 28,364; by 2005 it mushroomed to 77,069; and by 2006 it was approximately 300,000.

Across the country, hundreds of interest groups recast their traditional objectives and funding proposals to reflect the new imperatives of the new war. The National Rifle Association declared that the War on Terror means more Americans should own firearms to defend against terrorists. The gun control lobby argued that fighting the War on Terror means passing stricter gun control laws to keep assault weapons out of the hands of terrorists. Schools of veterinary medicine called for quadrupling funding to train veterinarians to defend the country against terrorists using foot-and-mouth disease to decimate cattle herds. Pharmacists advocated the creation of pharmaceutical SWAT teams to respond quickly with appropriate drugs to the victims of terrorist attacks.

According to a 2005 report by the Small Business Administration (SBA) inspector general, 85 percent of the businesses granted low-interest SBA counterterrorism loans failed to establish their eligibility. The SBA authorized 7,000 loans worth more than $3 billion, including $22 million in loans to Dunkin’ Donuts franchises in nine states.

With a half-billion dollars in homeland security funds available for bulking up the counterterrorist and intelligence capabilities of state and local police and sheriff’s departments, jurisdictions throughout the country scrambled to expand lists of potential threats. By 2006, thanks to this flood of federal funding, more than 100 police departments had established some type of intelligence unit.

Other cities found more imaginative ways to combat terrorism. In May 2007, Augusta, Ga., officials authorized spending $3 million to protect fire hydrants against terrorist tampering. This spending decision was recommended by the Georgia Association of Chiefs of Police, which cited a 2004 government report labeling hydrants “a top vulnerability.” Not surprisingly, the American Waterworks Association warmly endorsed the idea of spending nearly $60 billion to protect fire hydrants nationwide.

Universities also have benefited from the ready availability of new grant and contract funds, creating graduate programs in homeland security, institutes on terrorism and counterterrorism, and proposals for academic conferences.

It is difficult to blame scientists and researchers for responding to government appeals to devote their talents to the War on Terror. In 2004, I attended a lecture given by the official in charge of encouraging scientists to shift their research activities in this direction. We were told that no matter what topics we worked on, and whether we were natural scientists or behavioral scientists, our work likely could help in the fight against terrorism. The official strongly encouraged us to submit grant proposals for projects based on “outside the box” thinking because, he said, there was plenty of money available.

Within little more than half a decade America adjusted psychologically, politically and militarily to the Soviet enemy and its capacity to incinerate our cities on a moment’s notice. We came to know the Soviet enemy very well and were able to adopt prudent, realistic and successful policies in the face of genuine threats of national destruction posed by Moscow’s nuclear arsenal.

Rather than let our fears and anxieties of Muslim fanatics drive policy, we need the same sober approach to the real but lesser threat posed by terrorists. 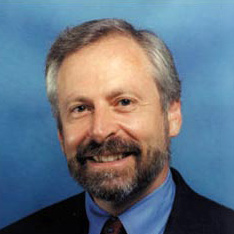 Ian S. Lustick is a Research Fellow at the Independent Institute and Professor of Political Science at the University of Pennsylvania.
Defense and Foreign PolicyDefense BudgetGovernment and PoliticsGovernment Waste/PorkTerrorism and Homeland Security

RELATED
As California Schools Fall Even Further, A Charter School Shows How To Succeed
Like Soviets and Russians Before, China Is a Hollow Threat
‘Treason’ Goes Way Beyond Cato And Mercatus: Lots of Economists Oppose the Jones Act
CA Propositions 26 and 27 Are More about Protectionism than Gambling
No on Prop. 31: Big Police Can Be Worse than Big Tobacco
The Bicycle Lobby Goes Back to the Federal Trough
How Evil Are Politicians? This Book Says ‘Very’
The Tentacles of the Social Media Octopus
Will Biden’s Support for the Iran Protests Backfire?
Pandemics and Liberty: An Introduction
How San Francisco Can Solve Its Homelessness Problem
Gov. Newsom Is Right to Oppose Proposition 30, A Destructive Tax Increase