Blame the People Who Elected Them?: News: The Independent Institute

←  NEWS
COMMENTARY
Blame the People Who Elected Them?
November 28, 2007
By Robert Higgs

Discussions of calamitous government actions—engagements in pointless, costly, and bloody wars; counterproductive actions to avert or shorten economic recessions; botched relief and reconstruction efforts after natural disasters—often arrive at, if they do not begin with, condemnation of government leaders. Thus, in the United States, for example, people have blamed Harry Truman for ordering U.S. military forces into the Korean war, Herbert Hoover for worsening the economic bust of 1929–33, and George W. Bush for presiding over the FEMA fiasco associated with Hurricane Katrina.

As soon as such a denunciation has been made, however, a critic invariably intervenes to challenge its perspicacity and to propose a seemingly more discerning, if disquieting, alternative: don’t blame leader X; blame the people who elected him. Given that in accordance with the protocol of majority-rule democracy, leader X was in a position to make the bad decision only because he had received more votes than the other electoral contenders, the critic maintains that the devastating government blunder we have witnessed represents nothing but the blessings of democracy as H. L. Mencken described them: “democracy is the theory that the common people know what they want, and deserve to get it good and hard.”

This seemingly incontestable objection to blaming democratic leaders themselves for their harmful decisions appears not only to let the scoundrels off the hook, but also to shift the blame to a huge, incorrigible group of citizens or—horror of horrors!—to the democratic system itself. Thus, one who has stoutly maintained that Truman, Hoover, and Bush brought about the dire outcomes in question and should be held accountable, if only in the court of historical judgment, finds himself on the defensive. He cannot deny that millions of voters cast their ballots for Truman, Hoover, and Bush, and therefore that, roughly speaking, they “chose” the persons who, as heads of state, proceeded to make a hash of things.

I maintain, however, that the critics themselves are the less discerning parties in this debate. Closer to the mark is the wit who observed, “Our politicians know what they want, and they act as if we deserve to get it good and hard.”

The critics’ mistake is to trace responsibility back only one step, when several more steps must be taken to expose where the ultimate responsibility for “choosing” leader X lies. Yes, the people had a choice between Democrat X and Republican Y, and they gave, say, X more votes than Y. But who did what to make X and Y the major-party candidates in the first place?

Ambrose Bierce, among others (including yours truly), did not doubt that representative democracy is a sham: “You can effect a change of robbers every four years,” he wrote. “Inestimable privilege to pull off the glutted leech and attach the lean one! And you cannot even choose among the lean leeches, but must accept those designated by the programmers and showmen who have the reptiles on tap.”

Anyone who prefers the plodding analytics of modern political science to this vibrant and clear-eyed commentary will find that Thomas Ferguson’s view of the electoral system bears striking similarities to Bierce’s, and is heavily documented, to boot. Ferguson maintains that in order to become a major-party candidate, a person must obtain the financial support of a substantial faction of wealthy people. In his words, “as long as basic property rights do not emerge as the dominating issue,” then “competition between blocs of major investors drives the system.”

Alternative sources of electoral financing, such as the many dispersed individuals who might prefer that the government compress itself into a night-watchman configuration, cannot organize themselves effectively or raise sufficient funds to swing the selection process toward a candidate of their choice. Hence, the major parties that put forward the actual candidates never place this plank, or others that might have great popular appeal, into their platforms. Parties are essentially organizations whose purpose is to secure the greatest share of the government loot for themselves—and for their principal financial backers, in particular—so the last thing they want is to put a stop to the looting.

I hold no brief for Friedrich Engels, but no one ever spoke the unvarnished truth more plainly than he, when he observed: “[W]e find here [in the United States] two great gangs of political speculators, who alternately take possession of the state power and exploit it by the most corrupt means and for the most corrupt ends—and the nation is powerless against those two great cartels of politicians, who are ostensibly its servants, but in reality dominate and plunder it.” Can anyone seriously deny that this state of affairs, which Engels was characterizing in 1891, still exists in exactly the same form?

So, the people choose their smarmy and transparently dishonest leaders, to be sure, but they choose only from “the reptiles on tap.” Forming a new political party is futile. Dissident parties who seek to challenge the status quo cannot accumulate the wherewithal to place their candidates on the state ballots, familiarize the voters with their names, publicize their policy positions, and bring substantial news-media attention to bear on them. Moreover, the major parties have rigged the electoral rules to favor—quelle surprise!—the major parties, especially their incumbent candidates. In an irresolvably disputed election, the major parties can turn, as the Bush gang did in 2000, to the justices of the Supreme Court, each of whom gained his position by virtue of making himself attractive to major-party officeholders and their investor-supporters.

If the people at large are to be blamed, they must be blamed not for the way they cast their ballots, but for their toleration of the whole predatory political set-up that shamelessly passes itself off as a regime “of the people, by the people, for the people”—surely one of the most successful Big Lies of all time. Yet the people have been so massively miseducated, propagandized, cowed, and treated with cynical disregard of their rights for so long that, for the most part, not only have they lost all capacity to stand on their own feet, but, worse, they have in most cases come to love the Big Brother whose boot is grinding their faces. Willingly, sometimes eagerly, they present themselves and their children to be sacrificed on the altar of their own exploiters, leaving the survivors to carry home the folded flag, persuaded that Johnny not only did his “duty,” but acted “heroically” in devotion to the Greater Good. For making the state their god, they may indeed be rightly condemned, even as we also denounce the false prophets who led them down the statist path to their own destruction.

As for Truman, Hoover, Bush, and the rest of them, of course we may properly blame them for their bad decisions, regardless of who paved their roads to power. Leaders must always bear personal responsibility for how they turn the wheel, once they have occupied the driver’s seat. It is one thing for us to understand the economic, social, and ideological milieu in which key players elevate certain persons to positions of political power; it is a separate thing for us to declare those persons guilty of the harmful and wicked actions they take when they exercise the power.

Robert Higgs is Retired Senior Fellow in Political Economy, Founding Editor and former Editor at Large of The Independent Review.
DemocracyEconomyGovernment and PoliticsPhilosophy and ReligionPublic Choice

The Aristocracy of Pull

The American University and the End of the Enlightenment 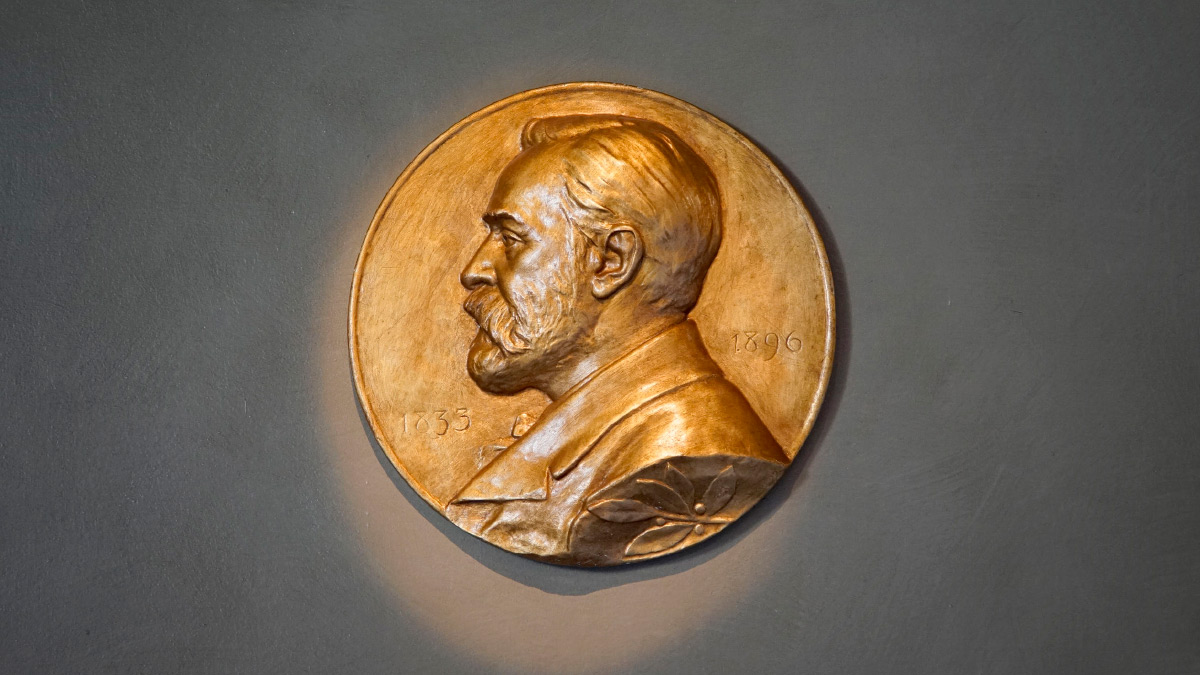 How Tragic Is the Tragedy of the Commons? 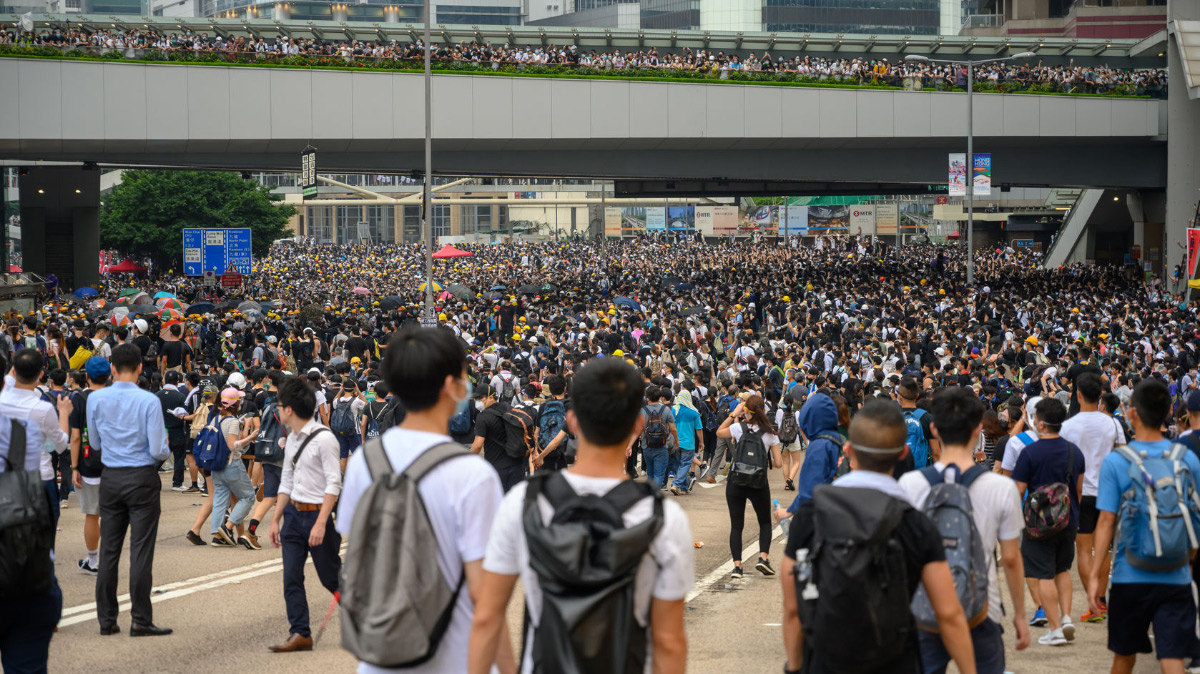 Hong Kong Protesters vs. China’s Leaders—We Can’t Be Naive about Beijing’s Next Move