A Chinese Word to Remember: “Laogai”: News: The Independent Institute

The dark cloud hanging above the People’s Republic of China since the 1989 Tiananmen Square massacre seems to be dissipating. Many in the West believe that Deng Xiaoping’s economic reforms are the first rays of freedom shining on China’s horizon. According to the conventional wisdom, it is but a small step from economic “liberalization” to the political liberalization of the most populous dictatorship in history. A closer look, however, reveals ominous clouds in the silver lining of Deng’s “capitalist” reforms.

Despite the claim that China is going capitalist, its political and economic superstructure is still based on the guiding principle of economic regimentation: public ownership. The peasants still have no land of their own. Land and resources, industrial and mining enterprises, communications and transportation, banks and schools—all remain under the absolute control of the Communist Party. Although state-owned enterprises are now talking about how to file for bankruptcy and how to sell themselves to private or foreign businessmen, transformation to private ownership is proceeding at a very slow pace.

Consequently, although living conditions have improved in China, the average Chinese enjoys only a tiny fraction of the growing prosperity. In many countries the middle class is the engine of liberalization, but most of China’s new “bourgeoisie” are party members, who can hardly be expected to risk losing their monopoly privileges by extending ownership. The communist bourgeois class has no interest at all in democracy or human rights. But until private ownership is allowed on a wide scale, genuine liberalization—representative government, free markets and individual rights—will remain elusive.

Another barrier to freedom is China’s machinery for crushing dissident: the more than 1,100 labor reform camps called the laogai. The laogai is not simply a prison system. It is a political tool for maintaining the Communist Party’s totalitarian rule. Many of the laogai’s 6 to 8 million inmates are political prisoners, most of whom will spend the rest of their lives in the camps. Although psychological and spiritual domination are the preferred methods to achieve the goal of “thought reform,” violence is used when these means fail.

Despite continued protest from human rights groups across the world, the laogai plays an integral role in China’s economy. Just to give a glimpse of its importance, forced labor from the laogai produces about one-third of China’s tea and a significant amount of its cotton. About 60 percent of China’s rubber vulcanizing chemicals are produced in a single laogai camp in Shanyang.

But more significant than what the laogai produces is what it destroys: countless hopes, dreams and lives—all for a cause that even most Communist Party members no longer believe in. In China, as elsewhere, Communism is the god that failed. But although the party has “reformed” its ideology, it still exerts a crushing grip. Deng’s economic reforms—coupled with his continued use of the laogai to quiet dissent and earn foreign exchange—are simply meant to strengthen party rule.

I am often asked, “What are your fighting for?” My answer is quite simple. I want to see the word laogai in every dictionary in every language in the world; I want to see the laogai ended. Before 1974, the word “gulag” did not appear in any dictionary. Today, this single word conveys the meaning of Soviet political violence and its labor camp system. “Laogai” also deserves a place in our dictionaries.

In their enthusiasm for what they see as China’s move toward capitalism, many in the West seem to have abandoned their firm moral stance. In 1994, President Clinton—who had condemned despots from Baghdad to Beijing in 1993—reversed his position and de-linked human rights from U.S. trade policy. The President’s 1993 executive order required China to make “overall, significant progress” in human rights and prison labor to attain most-favored-nation status. But the evidence indicates that large number of laogai-made products—including chain hoists, tea, steel pipes, artificial flowers, hand tools and graphite—still enter the United States.

President Clinton’s executive order also required “ensuring humane treatment of prisoners, such as by allowing access to prisoners by international humanitarian and human rights organizations.” Senior Red Cross officials told me in February 1995 in Geneva that they were pessimistic about reaching an agreement with the Beijing government to visit laogai camps in China.

China’s cavalier attitude toward human rights is characterized by the re-arrest of many of China’s most important dissidents, such as Democracy Wall activist Wei Jingsheng, who after nearly 15 years in the laogai was released in September 1993, only to be re-arrested and sentenced last December to another 14 years. So long as the world averts its eyes, Chinese officials will have little incentive to stop the repression that Wei and countless others have fallen victim to.

Deng understands that China’s “capitalist” reforms risk ushering in unstoppable demands for political change. As Deng’s rule comes to an end, several potential political crises threaten to shake up the Communist Party. In the face of changed political beliefs, bureaucratic corruption, immigration pressures and the varied demands of local forces frustrated with regional lags in economic growth, the party’s next power struggle could result in violent surges sweeping and splitting the whole nation in civil war. Western businessmen who ignore this risk do so at their peril—and today their Western cash is just fuel in the tank driving the communist vehicle. 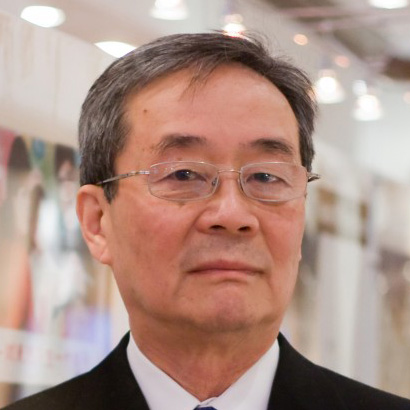 RELATED
The GOP Needs to Go Back to Sound Principles on Free Enterprise, Small Government, and Legal Immigration
Fine. Blame Ticketmaster for the Taylor Swift Fiasco, but Don’t Overlook the Fundamental Cause.
Can’t Get Taylor Swift Tickets? Blame Other Fans, Not Ticketmaster
End the COVID National Emergency Now
Let Them Compete: Labor Markets Are Workers’ Friends, Not Their Enemies
There Are 8 Billion People. We Should Celebrate Superabundance, Not Lament ‘Overpopulation’
Enjoyment of the Upcoming World Cup Will Come at a Price
The Development of Liberalism in Ukraine
Diabetic Complications and Economic Fundamentals
Where Is the Free Market Utopia?
On Gas Prices, Simple Economics Trumps Biden’s Partisan Agenda
Vote Like a Woman: When You Vote, Remember Who Has Recently Most Hurt Women