Can the United States learn how to improve its national defense and homeland security from Japan? In a post-9/11 era when the U.S. needs to focus on creating an effective homeland security defense, it may be time for the U.S. to learn the very lessons it taught Japan about national self-defense after World War II. Except for a brief flurry of speculation about how the U.S. could learn to run an occupation in Iraq from its own postwar occupation of Japan—quickly dismissed by most analysts as largely irrelevant—the United States has never considered Japan as a strategic role model. This is understandable given the prevailing American perceptions of the United States as the free world’s exemplar that all of its allies looked up to. Yet, modeling Japan’s Self Defense Forces could vastly improve U.S. territorial defenses and homeland security.

Due in part to regional apprehensions about reviving Japanese militarism and imperialism after World War II, the United States guided Japan toward a national defense policy that was literally designed only to defend Japan’s territorial homeland. This strategic approach led Japan, under the constraints of the Constitution’s Article Nine, to create its Self Defense Forces with three branches: Ground, Maritime, and Air Self Defense Forces, rather than an Army, Navy, and Air Force. These armed forces are primarily intended to defend Japan’s homeland against external threats.

Japan’s strategic model could be valuable to the United States as it attempts to transform a broadly defined national security bureaucracy into a defense system that simultaneously protects the U.S. homeland and maintains a flexible role in global security. A reorganization of part of the U.S. Army, Navy, and Air Forces into U.S. Ground, Maritime, and Air Self Defense Forces committed solely to the homeland defense of its sovereign territory, would be far more effective in protecting the United States than the current Department of Homeland Security.

The U.S. armed forces, as presently configured, are responsible for both defending the U.S. homeland and fulfilling strategic commitments made to many countries around the world. In practice the U.S. armed forces spend most of their time and budget on the latter rather than the former. That is why the Department of Homeland Security (DHS) was created. Although DHS personnel are tasked with diverse supplemental responsibilities, they do not provide actual military defense of U.S. territory at its borders, coasts, and air space. Those tasks remain under the purview of the U.S. Army, Navy, and Air Force. However, were the Japanese Self Defense Forces paradigm to be adapted to U.S. homeland security, the United States would have a far more effective Department of Homeland Defense than it has today. The U.S. Self Defense Forces would be solely assigned to defend the United States from foreign and terrorist attacks, preserving border security, and coping with any other threats to the U.S. homeland such as natural disasters.

If, at the same time, the United States retained the remainder of its Army, Navy, and Air Force as armed forces committed to preserving the United States’ stake in global order, Americans could pursue both the present brand of strategic U.S. international interventionism and adapt the Japanese model for U.S. homeland security. In addition to helping improve U.S. territorial defenses, this dual approach would help the American people evaluate the relative importance of these two strategic agendas and guide the U.S. government toward a sound balance between them. The more Americans and their government agree to emphasize true national security over global security, the more salient the adaptation of Japan’s Self Defense Forces paradigm may become for the United States. 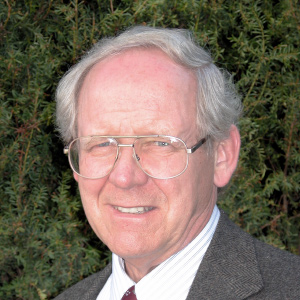 Edward A. Olsen is Professor Emeritus of National Security Affairs at the Naval Postgraduate School.
Defense and Foreign PolicyDefense BudgetGovernment and PoliticsGovernment Waste/PorkTerrorism and Homeland Security

RELATED
FBI, R.I.P.?: The agency has become dangerous to Americans and an existential threat to their democracy and rule of law.
Better Solutions for Rx Problems
The Government Runs the Ultimate Racket
The U.S. Is Serving Up Pork to Semiconductor Manufacturers
Supreme Court Usefully Points Out Erosion of Founders’ Vision of the Constitution
Gavin Newsom’s Weird Idea of ‘Freedom’
Are America’s Best Health Plans Being Unfairly Attacked?
Our New Antoinettes
Economists Should Know Better than to Support Big Government Democratic Policies
The Pétain Presidency
The World Is Facing Its Day of Inflationary Reckoning
What Can Healthcare Prices Teach About Inflationary Woes?