The Impossible World of the World Social Forum: News: The Independent Institute

Nearly 130,000 people attended the World Social Forum (WSF) meetings in Porto Alegre, Brazil, in January to rally against worldwide free trade. Held every year since 2001, the WSF is the anti-trade activists’ answer to the World Economic Forum, which meets at the same time in Davos, Switzerland.

Under the motto “Another world is possible,” the WSF participants unveiled approximately 352 proposals, including noble calls to eradicate world hunger, war, weapons proliferation, and child abuse, as well as utterly confused calls to end “globalization.” Although the event lacked Hollywood celebrities (their presence at Davos has become standard fare), it was not without theatrics. Judging by the impracticality of most of the proposals, the genre most in evidence was science fiction, a favorite of social engineers eager to remake society according to their will.

What makes the WSF proposals merely wishful thinking is that they fail to confront the five principles of oppression—corporatism, state-mercantilism, political privilege, wealth transfer, and political law—described by Peruvian journalist Alvaro Vargas Llosa in his latest book, Liberty for Latin America: How to Undo Five Hundred Years of State Oppression. The operation of these principles has caused the economic and social marginalization of the poor not only in Latin America, but in varying degrees in Africa and parts of Asia, as well.

Unfortunately, the WSF’s failure to challenge the five principles of oppression is unsurprising, given the worldview of its main protagonists. Venezuelan president Hugo Chavez, unquestionably the forum’s great star, used the occasion to condemn capitalism for being “the cause of the great problems of inequality in the world.” Chavez confirmed that his government plans to seize three million hectares of land this year—about 3.4 percent of the area of Venezuela—to give to poor farmers, illustrating a deep antipathy toward property rights characteristic of many of today’s reformers.

Like the other proposals offered at the WSF, Chavez’s anti-capitalist rhetoric ignores essential truths about poverty and its eradication. First, poverty is the natural condition for human beings in the sense that the goods and services required for human survival and flourishing do not grow on trees waiting to be picked; wealth must be created. Second, wealth creation requires a culture conducive to commerce, including an institutional and legal framework that protects innovators and entrepreneurs.

The benefits of securing the freedom to create wealth are significant—especially for the poor. “In nations in the top fifth of economic freedom, the average income of the poorest 10 percent of the population was $6,877 compared to just $823 in the least free nations,” according to the 2004 Economic Freedom Report, which ranks 123 countries on such policies as taxation, property-rights protection, and freedom to trade internationally. The report also shows that poor countries that embrace economic freedom accumulate wealth faster: From 1980 to 2000 poor countries whose economies were relatively free of government interference had economic growth rates of 5.2 percent per year, compared to 3.4 percent for all economically free countries.

But prosperity cannot be created if would-be reforms attack wealth creation by offering the false promise of wealth redistribution. Nineteenth-century French economist Frederic Bastiat aptly called such foolishness “legal plunder”—this is the perverse notion that the law can take away wealth from one person in order to give it to someone else. Bastiat observed a simple truth that countless “reformers” have overlooked: wealth is not static or fixed in quantity, nor does it fall from heaven; it is created day by day through profit-seeking production and voluntary exchange, by the offering of better and cheaper goods and services to our fellow man.

For that reason we could say that those who participated in the latest World Social Forum represent countries underdeveloped by their own hand, because they used all the tools of the State available to them to hinder and prevent the indispensable process of capital accumulation and wealth creation. Although the anti-globalization activists may wish to ignore the unintended consequences of the policies they advocate, they do so at great cost: the redistributionist boomerangs they throw always return to hit them—or at least hit those they intend to help. 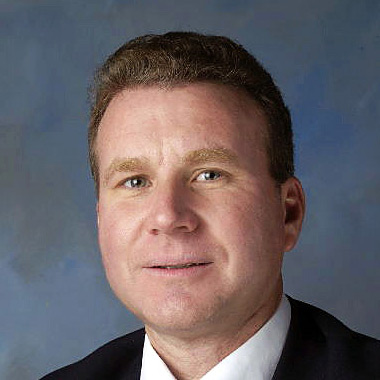 Gabriel Gasave is a Research Fellow at the Independent Institute and Director of ElIndependent.org.

RELATED
Four Ways to Get What You Want
Texas Conservatives Should Not Support Banning Land Sales to Foreigners
‘Treason’ Goes Way Beyond Cato And Mercatus: Lots of Economists Oppose the Jones Act
Is This the End of the U.S.-Saudi Partnership?
Economic Essentials and Economic Errors
Is Latin America Beyond Hope?
Biden and Powell Are at Odds on Inflation
Floating Exchange Rates Add to Economic Uncertainty
Flashpoints of Potential Escalation in the Ukraine War
Sanctions Are Hurting the West More Than Russia
The U.S. Is Serving Up Pork to Semiconductor Manufacturers
Build Back Better is Better off Dead