The Constitution is the guarantor of our liberties. So it should come as no surprise that those who crave power to rule over their fellow man always seek to suspend the Constitution by declaring and perpetuating national emergencies.

This is the trick that always seems to work: declare an emergency and exempt yourself from the constitutional restraints on power that are necessary for the preservation of a free society. It is a strategy that has existed since antiquity.

Just like our Founders enshrined in the Constitution a system of checks and balances, so too did the founders of the Roman republic. But when crisis emerged, the Romans dissolved the restraints on power. That is how the Roman republic died and Caesar became dictator for life.

There is a touch of Caesarism in the ongoing COVID national emergency. President Joe Biden has admitted that “the pandemic is over,” yet his administration continues to extend its national emergency declaration.

When the Senate voted to terminate the COVID national emergency in March, the White House issued a veto threat. At the time, the White House said, “Although we have made tremendous progress in combating the virus ... the virus continues to pose a risk to the American people and our healthcare system.” Caesar could not have said it better himself.

Biden’s administration demands credit for how it has wielded extraordinary powers, but stops short of claiming total success because to do so would be to admit it no longer needs the powers it craves.

Have we forgotten what emergency powers in the hands of the government look like? They look like lockdowns, where livelihoods and lives are destroyed. They look like a travel mask mandate; like robbing children of a full education; like the closure of places of worship; and like a vaccine mandate for those working for large companies. They look like an eviction moratorium in which the Centers for Disease Control and Prevention claims the power to destroy contracts and effectively seize private property.

When was the last time you heard the president tell the country it was time to relax emergency powers?

His actions validate the argument made in Robert Higgs’s classic work, Crisis and Leviathan. Higgs demonstrated that governments justify the exercise of extraordinary powers during an emergency, but when the crisis ends, even if government gives back some of the powers, it will never voluntarily relinquish all its newfound authorities.

We are free from these monstrous policies only because the courts forced government officials to abide by the Constitution. In a decision striking down California’s efforts to shut down churches, for example, the Supreme Court restored the Free Exercise clause of the First Amendment and held that “even in a pandemic, the Constitution cannot be put away and forgotten.”

And when the Supreme Court ended Biden’s eviction moratorium, it found that “The CDC has imposed a nationwide moratorium on eviction in reliance on a decades-old statute that authorizes it to implement measures like fumigation and pest extermination. It strains credulity to believe this statute grants the CDC the sweeping authority it asserts.” The Supreme Court further concluded that our system does not permit agencies to act unlawfully—even during an emergency.

The court also struck down Biden’s vaccine mandate for private companies, with the majority declaring, “This is no everyday exercise of federal power. It is a significant encroachment into the lives, and health, of vast numbers of employees.”

When the courts restored the people’s liberties, you could count on the Biden administration to express disappointment and claim that disaster was just around the corner. But the administration, time and time again, was proven wrong.

Even the president himself acknowledges what is plain to see for anyone willing to recognize what is in front of one’s face: We are learning to live with COVID and the vast majority of the public has moved on. Yet Biden refuses to acknowledge the time for emergency measures has long since ended.

A president should not be able to unilaterally aggrandize his powers by saying a magic word. If he will not terminate the national emergency himself, it falls to us, the people’s representatives in Congress, to act, and, in the wise words of the court, remind Biden that “there is no pandemic exception to the Constitution.”

On Tuesday night, the Senate rightfully voted to end the COVID national emergency, and we’re hopeful Senate passage is the necessary beginning of the end. Let us finally move past the national emergency and restore the Constitution. 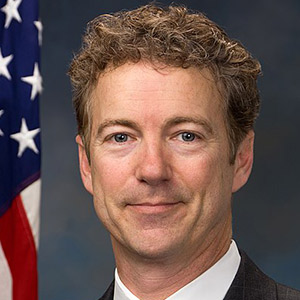 Sen. Rand Paul is a physician and a senator for Kentucky and the ranking member of the Senate Committee on Small Business and Entrepreneurship. Paul’s entrance into politics is indicative of his life’s work as a surgeon: a desire to diagnose problems and provide practical solutions, whether it be in Bowling Green, Kentucky, or Washington, D.C.
American HistoryBureaucracy and GovernmentCivil Liberties and Human RightsConstitutional LawContemporary Legislative ActivityContemporary PoliticsCOVID-19FDA and Drug RegulationFree SpeechFreedomGovernment and PoliticsGovernment PowerHealth and HealthcareLaw and LibertyPhilosophy and ReligionPolitical HistoryPolitical Theory

RELATED
New California Law Will Cripple Its $20 Billion Fast-Food Industry
Conflicting Health Policy Visions in the Senate
Killer Robots: Another Example of War Coming Home to You
Who’s to Blame for the High Cost of Living?
Justice Alito Got It Right on Abortion and Stare Decisis
If You Really Wanted to Destroy the United States, Then . . .
Yes, an Academic Free-Speech Conference Needed Protection from the Mob
Post-Faucist America: Without crucial reforms, the NIAID boss Anthony Fauci will be neither gone nor forgotten.
The COVID/Crypto Connection: The Grim Saga of FTX and Sam Bankman-Fried
The GOP Needs to Go Back to Sound Principles on Free Enterprise, Small Government, and Legal Immigration
Fine. Blame Ticketmaster for the Taylor Swift Fiasco, but Don’t Overlook the Fundamental Cause.
Left Libertarians, Dobbs, and the Ninth Amendment