The Fed’s Mission Creep Has Turned Its Monetary Policy into a Failed Mission: News: The Independent Institute

The Federal Reserve’s handling of monetary policy during the past five years will be the subject of critical reviews for years to come. Was the massive increase in the Fed’s securities holdings necessary? Did the Fed’s purchase of $2.75 trillion of mortgage-backed securities create an artificial and disruptive bubble in the housing market? Did the Fed stoke the inflationary fires for far too long? Was it behind the curve in trying to put out the fire? How responsible is the Fed for the highest inflation rate in 40 years?

The Fed has clearly made policy mistakes. It resumed its financial crisis policies when the COVID pandemic began. It set interest rates near zero and flooded the banking system with reserves, despite the government’s massive injection of “free” money to consumers and to businesses forced to close. With supply reduced, these monetary and fiscal actions boosted demand and produced inflation.

On Aug. 27, 2020, the Fed changed its long-standing policy and allowed inflation to exceed its 2% target, reasoning that inflation had been consistently below the target for an extended period. Before inflation exploded, the Fed’s singular focus was on driving the unemployment rate as low as possible. It apparently believed that if inflation rose above the 2% target, as allowed in its new policy framework, the increase would only be moderately above 2% and easily reversed. Instead, inflation quickly spiraled out of control.

We’ve been teaching banking and monetary policy for a combined 75-plus years and believe the Fed’s mistakes are caused by systemic problems. First, the Fed has lost its focus on the largely bipartisan dual mandate of price stability and high employment. Second, its chief decision-makers are increasingly partisan. And third, many of them are not monetary-policy specialists.

Mission creep has led the Fed to broaden its regulatory role to include “equity” and environmental issues. The seven-member Board of Governors, the dominant decision-making group within the Fed, are appointed by the President subject to Senate approval for 14-year terms. The expanded mission of the Fed has made appointments highly political. One recent appointee divided the Senate 50-50 along party lines with Vice President Kamala Harris casting the deciding vote.

The Fed’s expanded mission likely will introduce an inflationary bias into its policy. Pursuit of its new objectives will require stimulative policies with emphasis on driving down the unemployment rate. Studies of the 1970s experience have demonstrated the folly of setting the unemployment target too low, with the only lasting result being inflation.

Mission creep also appears to be heading toward expanding regulations that selectively allocate credit. Market forces will be circumvented to supply credit to favored firms and industries. The Fed’s past experiences with credit controls uniformly have been judged to be failures, as anyone versed in monetary policy history would know.

The Fed is now becoming increasingly politicized and is morphing into a fourth branch of government. The 14-year terms for board members were originally intended to insulate monetary-policy decision-makers from short-run political interference. Now, with its expanded mission, the 14-year terms shelter the board to pursue controversial partisan policies that are beyond voter approval.

The board’s current seven members consist of three lawyers, including Chair Jerome Powell, and four economists—only two of which clearly specialize in monetary policy. To follow the dual mandate, however, monetary policy expertise is essential.

Past successful Fed chairmen, including Paul Volcker, Alan Greenspan, and Ben Bernanke, spent years studying the economy and monetary policy before leading the Fed. Bernanke’s study of the importance of the disruption of credit flows in the Great Depression provided valuable insight when dealing with the 2007-2008 financial crisis.

Is there a way to improve Fed monetary policy? We suggest the following: Limit the Fed to its dual mandate. To ensure bipartisanship, require that future board appointees receive at least 60% support in the Senate. And require board members to be experts in monetary economics.

Let Congress and the president deal with such issues as regulations, equity, and environmental issues, and let them be accountable to the voters. Let the Fed focus on monetary policy. 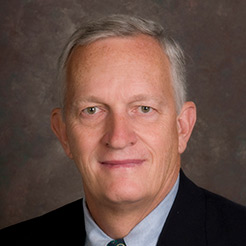