House Republicans are crafting a modernized version of Newt Gingrich’s famous 1994 Contract With America. It’s a great idea for Republicans to draw a sharp contrast with the Biden agenda of trillions in new spending, higher tax rates on businesses, the reregulation of America, and the war on domestic energy. Voters want to know what Republicans are for.

At the top of this list of GOP legislative promises, along with school choice and a pro-growth energy strategy, should be to make the 2017 tax cuts permanent. The Tax Cuts and Jobs Act was designed to spur investment, hiring and innovation—and it worked. Corporate tax rates fell from the highest in the world at 35% to 21%. Small business tax rates fell from roughly 40% to 32%. The average middle-income earner paid between $1,500 and $3,000 less in taxes.

These were not tax cuts for the rich. Real wages for the lowest 10% of Americans grew by 8% compared with a 5% rise for the top 10% of earners. The wealth of Americans in the bottom 50% grew three times as fast as the wealth of the richest 1%.

Because of budget rules, some of the 2017 tax cuts will start expiring in 2023. If Congress does nothing, most Americans will pay more. The more generous child credit and the increased personal exemption, policies President Biden and the Democrats support, will be gone in 2025. Even more worrisome for the economy is that the full expensing of capital investment for businesses begins to phase out next year.

Every House and Senate Democrat voted against the 2017 package. They insisted that cutting taxes wouldn’t help overcome the lukewarm economic growth of the Obama years. Now we have the evidence that they were wrong.

Two years after the tax act passed, four remarkable things happened. First, the economic growth rate rose back to 3% and was on track for closer to 4% in 2020 had it not been for Covid. Second, real median household income rose by $6,000 in two years—more than it rose during eight years under Barack Obama. It was also the biggest two-year inflation-adjusted income gain in history. Third, unemployment and poverty rates for blacks and Hispanics fell to their lowest level in at least 25 years.

Last but not least, the share of taxes paid by the richest 1% of Americans actually rose. Income-tax payments from the rich rose from 37% to 39% of the total tax take, while all other income groups paid a smaller share. There was an undeniable “Laffer curve” effect—lower rates generated more growth and more tax revenue from the rich.

The Trump administration pursued other pro-growth policies. It’s hard to tease out how much of the 2017-19 economic boom was a direct result of the tax rate cuts. But when policies are working, you don’t reverse them.

Treasury Secretary Janet Yellen said recently that she saw no evidence that tax rate reductions—or, as she called it, “modern supply-side economics”—work to increase growth. She should look more closely at the Trump and Reagan years when lower tax rates generated two of America’s great economic booms.

Meantime, supply-side tax cutting is back in vogue at the state level. Numerous governors have called for sharp cuts in taxes this year, including a plan in Mississippi to eliminate state income taxes altogether. Even Colorado Gov. Jared Polis, a Democrat with national ambitions, has said his state should consider phasing out its income tax.

Voters apparently understand what Mr. Biden and Ms. Yellen don’t. A recent Scott Rasmussen poll finds that 57% of voters support making the Trump tax cuts permanent. Republicans who are running hard to take back the House and Senate in November take note: The Trump tax cuts are good politics and even better economics.

Lawrence A. Kudlow is the host of Kudlow on the Fox Business Network and the Larry Kudlow Show on 77WABC Radio, former Director of the National Economic Council in the White House, and a Founding Member of the Board of Advisors for the Independent Institute. 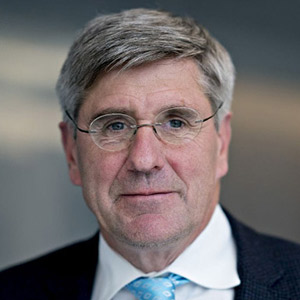 Stephen J. Moore is Co-Founder of the Committee to Unleash Prosperity, Distinguished Visiting Fellow in the Project for Economic Growth at the Heritage Foundation, and Senior Economist at FreedomWorks.