The High Cost of Disparaging Natural Immunity to Covid: News: The Independent Institute

←  NEWS
COMMENTARY
The High Cost of Disparaging Natural Immunity to Covid
Vaccines were wasted on those who didn’t need them, and people who posed no risk lost jobs.
January 27, 2022
By Marty A. Makary, M.D., M.P.H.
Also published in The Wall Street Journal Wed. January 26, 2022  « Show Fewer

For most of last year, many of us called for the Centers for Disease Control and Prevention to release its data on reinfection rates, but the agency refused. Finally last week, the CDC released data from New York and California, which demonstrated natural immunity was 2.8 times as effective in preventing hospitalization and 3.3 to 4.7 times as effective in preventing Covid infection compared with vaccination.

Yet the CDC spun the report to fit its narrative, bannering the conclusion “vaccination remains the safest strategy.” It based this conclusion on the finding that hybrid immunity—the combination of prior infection and vaccination—was associated with a slightly lower risk of testing positive for Covid. But those with hybrid immunity had a similar low rate of hospitalization (3 per 10,000) to those with natural immunity alone. In other words, vaccinating people who had already had Covid didn’t significantly reduce the risk of hospitalization.

Similarly, the National Institutes of Health repeatedly has dismissed natural immunity by arguing that its duration is unknown—then failing to conduct studies to answer the question. Because of the NIH’s inaction, my Johns Hopkins colleagues and I conducted the study. We found that among 295 unvaccinated people who previously had Covid, antibodies were present in 99% of them up to nearly two years after infection. We also found that natural immunity developed from prior variants reduced the risk of infection with the Omicron variant. Meanwhile, the effectiveness of the two-dose Moderna vaccine against infection (not severe disease) declines to 61% against Delta and 16% against Omicron at six months, according to a recent Kaiser Southern California study. In general, Pfizer’s Covid vaccines have been less effective than Moderna’s.

The CDC study and ours confirm what more than 100 other studies on natural immunity have found: The immune system works. The largest of these studies, from Israel, found that natural immunity was 27 times as effective as vaccinated immunity in preventing symptomatic illness.

None of this should surprise us. For years, studies have shown that infection with the other coronaviruses that cause severe illness, SARS and MERS, confers lasting immunity. In a study published in May 2020, Covid-recovered monkeys that were rechallenged with the virus didn’t get sick.

Public-health officials have a lot of explaining to do. They used the wrong starting hypothesis, ignored contrary preliminary data, and dug in as more evidence emerged that called their position into question. Many, including Rochelle Walensky, now the CDC’s director, signed the John Snow memorandum in October 2020, which declared that “there is no evidence for lasting protective immunity to SARS-CoV-2 following natural infection.”

Many clinicians who talk to other physicians nationwide had have long observed that we don’t see reinfected patients end up on a ventilator or die from Covid, with rare exceptions who almost always have immune disorders. Meanwhile, public-health officials recklessly destroyed the careers of everyday Americans, rallying to fire pilots, truck drivers and others in the supply-chain workforce who didn’t get vaccinated. And in the early months of the vaccine rollout, when supplies were limited, we could have saved many more lives by giving priority to those who didn’t have recorded natural immunity.

The failure to recognize the data on natural immunity is hurting U.S. hospitals, especially in rural areas. MultiCare, a hospital system in Washington state, fired 55 staff members on Oct. 18 for being out of compliance with Gov. Jay Inslee’s vaccine mandate—and that was in addition to an undisclosed number of staffers who quit ahead of the vaccination deadline. The loss of workers contributed to a full-blown staffing crisis.

It got so bad that the hospital summoned staff who were Covid-positive to return to work even if they were sick, according to an internal memo obtained by Jason Rantz of KTTH radio. The memo stated that “positive staff with mild to moderate illness” could work, so long as they wear appropriate personal protective equipment, don’t take breaks with others, and agree to stay home “if symptoms worsen.” Managers were recommended to assign Covid-positive staff to Covid-positive patients and vaccinated patients, but not immunosuppressed patients.

The Centers for Medicare and Medicaid Services took the hospital mandate national by decreeing that all medical facilities under its jurisdiction require vaccination for employees, including those with natural immunity. The Supreme Court upheld the rule on Jan. 13, the same day it issued a stay against a similar mandate from the Occupational Safety and Health Administration, which OSHA formally withdrew Tuesday.

Connecticut has suspended its vaccine mandate for state employees, and Starbucks is rehiring employees fired for being unvaccinated. Other states and businesses should follow their lead. Politicians and public-health officials owe an apology to Americans who lost their jobs on the false premises that only unvaccinated people could spread the virus and only vaccination could prevent its spread. Soldiers who have been dishonorably discharged should be restored their rank. Teachers, first responders, and others who have been denied their livelihood should be reinstated. Everyone is essential. 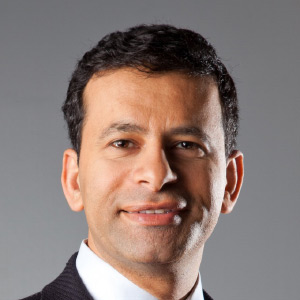 RELATED
The Cost of San Francisco’s Reparations Proposal: Nearly $600,000 Per Household
What the Populists in Congress Get Right and Get Wrong
Debt Ceiling Kabuki: Republicans Will Cave and U.S. Government Finances Will Get Even Worse
Texas Conservatives Should Not Support Banning Land Sales to Foreigners
Reckless Reparations Reckoning
San Francisco Falls Into The Abyss
It’s Time to Put a Brake on the Debt-Ceiling Charade
The IMF and Sri Lanka Are Partners in Delusion
The Garage Papers: From Alger Hiss to Sandy Berger, Hillary Clinton and Joe Biden, it’s all about memory against forgetting.
Who Is ‘Accountable’ to Whom?
South Carolina Lawmakers Bear Responsibility for Supreme Court’s Abortion Ruling
‘Belief in Freedom’ Is Bad for You