Homeless and Clueless in Oakland and Elsewhere in America: News: The Independent Institute

Oakland, California, has always lived in the shadow of San Francisco. Now, in one metric at least, it surpasses the city across the bay: homelessness.

Oakland’s homeless rate, according to the most recent estimate, is 940 for every 100,000 residents, compared to San Francisco’s 906. In fact, Oakland now has the "distinction" of having the highest homeless rate in California—a significant distinction in the state that leads the nation in the total number of homeless and includes the five major U.S. metropolitan areas with the highest percentages of unsheltered homeless. California, like many other states, is failing the homeless because it has no strategy.

To understand what’s been taking place one needs only to look at Oakland and its response.

“The bright side of the bay,” as Oakland is known, has followed the same failed game plan as most other cities. And that’s why the homeless crisis persists. Unfortunately, the Biden administration plans to continue subsidizing the losing strategy.

First, it’s happened quickly: Homelessness in Oakland increased 86% from 2015 to 2019, the last year the counts were done, due to COVID-19, and it’s likely even higher now.

Meanwhile, instead of dealing with the problem logically and methodically, Oakland has reacted with a series of emergency measures that have only exacerbated the problem. Last year, for example, the City Council enacted an Encampment Management Policy. At the time, city officials estimated there were “well over” 70 homeless encampments in the city. The goal of the new policy was to consolidate those into the 40 to which the city was then providing services. Instead, at last report, there were at least 140 encampments—and even “this estimate may be conservative," according to a city audit released in April.

The same audit found “the City was not adequately prepared to shoulder such a massive project ... [because it] lacked an effective strategy for dealing with the growth in encampments and did not provide sufficient policy direction or adequate funding at the onset of this crisis.”

Oakland is not unique in this regard. And the reason Oakland and other cities are unprepared is that for nearly a decade now they’ve been excessively focused on providing shelter rather than dealing with the “root causes,” a popular term these days, of homelessness.

The change began in 2013 when the Obama administration shifted the focus of federal homelessness funding from programs that provide services to the homeless to their speedy placement into housing.

The approach had the opposite effect from what was intended. According to an October 2020 report from the United States Interagency Council on Homelessness,“Despite significant increases in funding and beds, overall homelessness has been increasing in the United States.” Unsheltered homelessness alone, which had been declining, increased by more than 20% after the policy shift, jumping from 175,399 in 2014 to 221,293 in 2019. Yet the Biden administration is standing fast by the failed approach, with its “House America” plan.

The shift to housing as the primary solution to homelessness was adopted by California with similarly abysmal results. Homelessness increased from about 139,000 statewide in 2007 to 161,548 in the latest count. Despite the fact that California houses just 12% of the U.S. population, the numbers show it now has 27% of the country’s total homeless population.

In addition to California’s undue emphasis on housing, the other problem is its lack of focus. California’s efforts to combat homelessness have been “uncoordinated” and “disjointed,” according to a February 2021 state auditor’s report. “Unlike in some other states,” the auditor concluded, “no single state entity in California oversees efforts to address homelessness or is responsible for developing a statewide strategic plan. Instead, at least nine state agencies administer and oversee 41 different programs that provide funding for purposes related to homelessness.”

The report noted that four years after its creation, the Homeless Coordinating and Financing Council, which was established to coordinate public funding, create a statewide data system, and work with stakeholders to develop plans to end homelessness, still hadn’t developed a strategic plan, identified priorities, or set timelines.

As much as California leaders hate to have our state compared to Texas, if they want to know what works, they should visit San Antonio.

Unlike other political entities that simply plead for more money when homelessness benchmarks are missed, San Antonio and greater Bexar County developed a systemic approach to the problem involving emergency medical services, local hospitals, law enforcement, mental health resources, and nonprofit service providers. Instead of working in silos, they work collectively, in coordination with a communitywide nonprofit organization, Haven for Hope of Bexar County, which provides services based on the needs of each person. The program doesn’t ignore housing, but it also doesn’t overemphasize it. Since the effort became operational in 2010, the county has seen an 11% decline in total homelessness and a 77% decline in unsheltered homelessness in downtown San Antonio.

Programs such as this are designed for success rather than in accordance with whatever approach is in political favor. They also don’t just throw money at the problem: They set goals and use metrics based on outcomes to track and reward success. In the process, the streets become safer and more livable, while homeless people get the help they need. 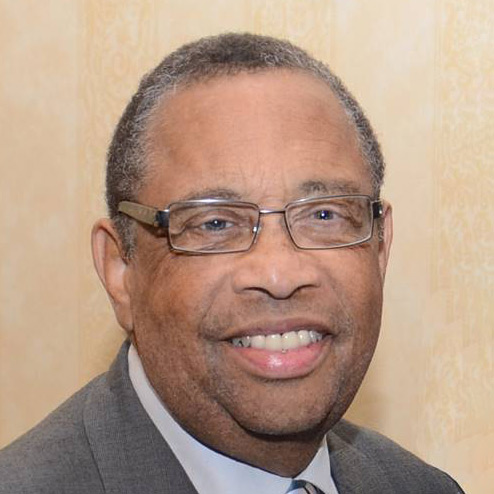 RELATED
Who’s Afraid of Naomi Wolf?
Wokeism Is a Cruel and Dangerous Cult
An Economic Evaluation of Covid Lockdowns
NATO Bears Some Responsibility for the Ukraine Crisis
Liberties Are Only Kept Safe by the Limitation of Government Power
Jordan Peterson: Why I Am No Longer A Tenured Professor at the University of Toronto
Is America Heading for a Systems Collapse?
Crime, Grime, and Greed at BART
Conspiracies as Realities, Realities as Conspiracies
Just Say No to Biden and Fauci’s Universal Vaccination Nation
The Collapse of Communism
A Deceptive Covid Study, Unmasked