Karl Marx called his system “scientific socialism.” Modern leftists advocate a similar ideology and call themselves “woke” to indicate that they understand the world better than the rest of us. Yet the worldview of Marxists and woke leftists alike is fundamentally primitive.

Folk economics is the economics of people untrained in economics. It is the economic view of the world that evolved in our brains before the development of the modern economy. During this period of evolution the economy was simple, with little specialization except by age and sex, no economic growth, no technological change, limited trade, little capital, and warfare between neighboring tribes.

Zero-sum thinking was well-adapted to this world. Since there was no economic growth, incomes and wealth didn’t grow. If one person had access to more food or other goods, or greater access to females, it was likely because of expropriation from others. Since there was little capital, a “labor theory of value”—the idea that all value is created by labor alone—would have been appropriate, and there was little need to protect capital through property rights. Frequent warfare encouraged xenophobia.

Adam Smith and other economists challenged this worldview in the 18th century. They taught that specialization of labor was valuable, that capital was productive, and that labor and capital could work together to increase income. They also showed that property rights needed protection, that members of other tribes or groups could cooperate through trade, that wealth could be created with the proper incentives, and that the creation of wealth would benefit everyone in a society, not only the wealthy. Most important, they showed that a complex economy could work with little or no central direction.

Marx’s economic system was based on the primitive worldview of our ancestors. For him, conflict rather than cooperation between labor and capital defined the economy. He thought that the wealthy became rich only by exploiting the poor, that all income came from labor, and that the economy needed central direction because he didn’t believe markets were good at self-correction. The collapse of the Soviet Union, the largest and most expensive social-science experiment ever conducted, proved Smith right and Marx wrong.

Members of the woke left want to return to policies based on this primitive economic thinking. One of their major errors is thinking that the world is zero-sum. That assumption drives identity politics, which sees, among other things, an intrinsic conflict between blacks and whites. The Black Lives Matter movement and Critical Race Theory foment racial antagonism and resurrect xenophobia. Leftists vilify “millionaires and billionaires” like Bill Gates and Elon Musk as evil and exploitative. They should recognize them as productive entrepreneurs whose innovations benefit us all.

Dislike of the rich makes sense in a world where one can become rich only by exploiting others, but not in a society full of creativity and useful inventions. Changing tax laws to soak the rich makes sense with a labor theory of value, but not with a sophisticated understanding of continual investment and technological change.

Adopting counterproductive woke policies such as racial job quotas, high taxes, excessive regulation of business, and price controls on some goods may not send us all the way back to the subsistence economy of our ancestors. But if policies that penalize saving and investing and that involve excessive government control are adopted, social capital, wealth, and real income will decline. If we bow to this primitive ideology, there will be increased racial animosity and conflict, slow economic growth, and fewer inventions.

What is particularly sad is that young people, the main advocates of woke ideology, would suffer the ill effects of these policies for the rest of their lives. 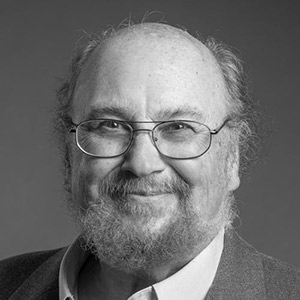