The dispute between Sen. Rand Paul and Anthony Fauci about the Wuhan Institute of Virology’s role in the Covid-19 pandemic gets to the heart of economic policy. Economists are trained to believe that the purpose of government policy is to correct market failures: Capitalism has undesirable side effects, such as excessive pollution or inequality, that must be ameliorated by the state. The lessons of the Covid-19 pandemic, the most important recent event affecting the world economy, demonstrate the opposite.

The Wuhan lab appears to have operated, in part, with U.S. government grant funding, although American scientists had no oversight role. Chinese scientists allegedly pursued gain-of-function research, increasing the virulence and transmissibility of certain viruses. It isn’t unheard of for a virus to escape from a government-funded lab, and the evidence increasingly suggests that’s what happened in Wuhan, even as China dubiously points a finger at the U.S. military.

Regardless of which government, if any, contributed to the emergence of Covid-19, the pandemic was quickly controlled by innovation from the private economy. New vaccines and private protocols, not government mandates, mainly slowed the spread in workplaces and schools. The pandemic originated from government failures that had to be corrected by private actors.

Even if the lab-leak theory proves false, and it turns out that SARS-CoV2 passed directly from animals to humans, one could still argue the Chinese government’s actions created the pandemic. Beijing covered up evidence of the virus’s early spread and allowed international flights from Wuhan during January and February 2020 while locking down domestic travel.

So far neither the Chinese nor U.S. government has been transparent about its responsibilities for the crisis. China continues to bar access to the Wuhan lab. Dr. Fauci’s public statements have been cagey, and no one in the federal health bureaucracy has owned up to the lockdown failures or the flip-flopping on the efficacy of masks. Regardless of how the Covid lab-leak hypothesis is resolved, five dangerous viruses came out of China during the past century. Credible scientists argue that some of those pathogens emerged from government labs.

Private initiative frequently helps rescue society from government failures. During the 20th century, many socialist governments around the world took over food production, cheered on by left-wing academics and journalists. In places like the Soviet Union, China and North Korea, millions of people died from starvation. These famines would have been far worse had it not been for the existence of private enterprises, often operating in black markets.

Today, through the miracles of vaccine development, a pandemic that increasingly looks to have been created by government is being tamed by private business. Getting the government out of the way was essential, and the goal of President Trump’s Operation Warp Speed. We found that accelerating the arrival of the vaccines by six months was worth $1.8 trillion to the U.S. economy—and more to the rest of the world.

American capitalism supported decades of innovation that created conditions conducive to the rapid development of the Covid vaccines. About 70% of the returns to medical research and development across the world come from the U.S., where price controls are less prevalent than elsewhere and companies compete to bring new treatments and cures to market. Without the U.S. market, investors would have shied away from funding the cumulative advances that eventually led to successful Covid vaccines. In this sense, the U.S. market-based healthcare economy saved the world from Covid-19. None of it would have happened in a government-run health system.

Why then are lawmakers gearing up to punish the pharmaceutical industry through price controls and forced transfer of their intellectual property to America’s enemies? China and Russia have both tried to hack the computer systems of U.S. drug companies in attempts to steal the instruction manuals for some of the world’s most valuable products.

Markets may fail sometimes, but government policy fails much more frequently, and the world benefits from private efforts to mitigate the fallout from those failures. The almost universal view of economists that government policy serves to correct market failures is misguided. 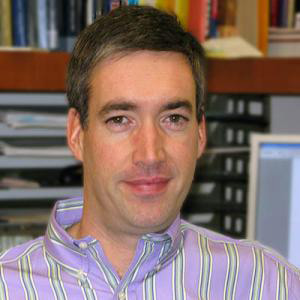 Casey B. Mulligan is Professor in Economics and the College at the University of Chicago and he served as Chief Economist of the White House Council of Economic Advisers in 2018-2019. 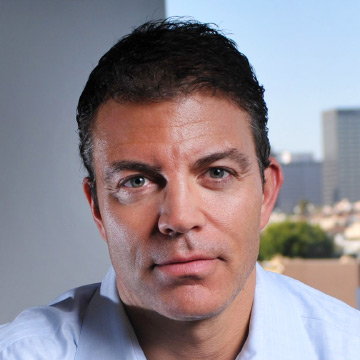 RELATED
The COVID/Crypto Connection: The Grim Saga of FTX and Sam Bankman-Fried
The GOP Needs to Go Back to Sound Principles on Free Enterprise, Small Government, and Legal Immigration
Fine. Blame Ticketmaster for the Taylor Swift Fiasco, but Don’t Overlook the Fundamental Cause.
Can’t Get Taylor Swift Tickets? Blame Other Fans, Not Ticketmaster
End the COVID National Emergency Now
Let Them Compete: Labor Markets Are Workers’ Friends, Not Their Enemies
Left Libertarians, Dobbs, and the Ninth Amendment
Congress Must Fix the Electoral Count Act to Avert a Crisis
As California Schools Fall Even Further, A Charter School Shows How To Succeed
Why Do Progressives Support Democrats? Part Two
There Are 8 Billion People. We Should Celebrate Superabundance, Not Lament ‘Overpopulation’
What Difference Did the Election Make?