Record-Breaking June Heat in North America Was Not Man-made: News: The Independent Institute

Many have attributed the heat to the burning of fossil fuels, which trap heat and warm the Earth’s climate. What exactly happened here?

It is accepted that temperatures across the globe, and the Pacific Northwest and Western Canada, are about 2 degrees Fahrenheit (1-1.2 degrees Celsius) higher than they were a century ago. Warmer average temperatures might increase the likelihood of a heatwave, but this fact alone cannot account for an individual extreme event. While many argue that some or all of this increase is related to human activity, the question is: Was this the immediate cause of the record-breaking heat? The answer is no, but there are several factors that can be linked to the June heatwave.

First, according to the U.S. Drought Monitor, the western United States, from the Rocky Mountain states to the West Coast, has been suffering a severe-to-exceptional drought, a situation that has been developing since at least last fall. When the ground is dry, the surface temperature is warmer than it would be with moist ground. This is because, with moist ground, some of the sun’s energy goes into evaporating the moisture. Thus, the western U.S. had already been conditioned for a hot summer.

Second, by June 23, it was clear that a strong stationary ridge in the jet stream was developing over the eastern Pacific and western North America. When they persist, these kinds of ridging events are called “atmospheric blocking,” so named because they block the regular progression of cyclone events along the storm track. This means hot, dry conditions for locations under the ridge, where it is normally not so hot, and milder, wetter conditions upstream and downstream of the event. The dynamics of these high-pressure systems contribute to warmer and cloudless conditions that, when combined with the already dry ground, set the stage for excessive heat.

Atmospheric blocking typically occurs over the Northern Hemisphere ocean basins. The recent event was not strong or unusual for this time of year, but it was located further east than typical for the summer. Atmospheric blocking was also a contributing factor in the record-high 100-degree temperature in June 2020 at the Arctic Circle over Russia.

Is climate change causing more of these “extreme” blocking events? Some have argued that a warming climate leads to larger and more stationary waves in the jet stream, including blocking, but others argue otherwise. Blocking has been increasing worldwide since the turn of the century, but this publication, which I co-wrote, shows an approximately 20- to 30-year cyclical change in jet-stream teleconnections. Additionally, studies of the future change in blocking, while not conclusive, generally point to little change or even a decrease in its occurrence as the 21st century progresses.

While June 2021 is poised to be the warmest on record over North America, it follows a relatively cool May, which was close to the 127-year average, according to the National Oceanic and Atmospheric Administration. In fact, several Southeastern and Midwestern states showed temperatures on the cool side of this long-term average. When the NOAA assessment for June is released, expect to see this pattern continuing for the Southeastern U.S. in spite of the hot Northern and Northwestern U.S. Also, the cold February 2021 will stay in our memories for a long time.

Here’s a further demonstration that weather conditions are quite volatile lately and not just in North America: While we sweltered, South America was shivering. The record cold of June 2021 over South America has been largely ignored by the U.S. media. This cold wave brought snow to southern Brazil for the first time in decades. The cold affected Argentina, Uruguay, Paraguay, and Bolivia as well and caused some damage to the region’s agriculture.

If the second half of 2021 is anything like the first, those of us who study weather will have a lot to talk about. 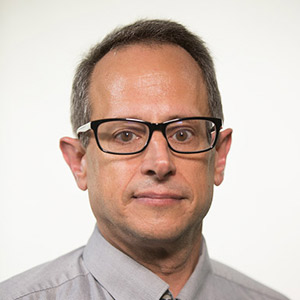 Anthony R. Lupo is a Research Fellow at the Independent Institute and Chairman and Professor of Soil, Environmental, and Atmospheric Science, and Principal Investigator, Global Climate Change Group in the School of Natural Resources at the University of Missouri. He is co-author (with S. Fred Singer and David R. Legates) of Hot Talk, Cold Science: Global Warming's Unfinished Debate (Third Revised and Updated Edition), and he has been a Member of the Working Groups I and III for the Intergovernmental Panel on Climate Change (IPCC).
Climate ChangeContemporary PoliticsEnergy and the EnvironmentEnvironmental Law and RegulationGovernment and PoliticsPolitical Theory

RELATED
The States that Are Falling Behind in Economic Freedom
Race Everywhere
Hulu’s 1619 Project Docuseries Peddles False History
Paul Volcker’s Recipe for Prosperity
Ownership, Control, and Reform: Market-Based Approaches to Universities
Concentrate Where the Murders Are Concentrated
Four Ways to Get What You Want
The Cost of San Francisco’s Reparations Proposal: Nearly $600,000 Per Household
What the Populists in Congress Get Right and Get Wrong
Debt Ceiling Kabuki: Republicans Will Cave and U.S. Government Finances Will Get Even Worse
Texas Conservatives Should Not Support Banning Land Sales to Foreigners
Reckless Reparations Reckoning