A Ridiculous, Frustrating ‘Obamacare’ Glitch Means I Can’t Add My Adult Daughter to My Plan: News: The Independent Institute

The Supreme Court recently ruled, for the third time, that the Affordable Care Act is constitutional, and, predictably, many progressives are celebrating the victory and crowing about the benefits of state-controlled health insurance—including the Affordable Care Act rule that children can stay on their parents’ plan until age 26, even if they are, as the IRS defines it, independent. How many times have you heard that promise?

But it’s not true.

This provision of “Obamacare” has been one of its most popular—and for good reason. The manner in which we raise kids these days means that the 20s are an uncertain time. But at least, we tell ourselves, we can affordably get our children in front of a doctor if they get sick at graduate school or injured in an accident while working an internship.

Yet, despite all the assertions by Presidents Barack Obama and Joe Biden; despite what is plainly advertised on both the Department of Health and Human Services and ACA websites; and despite what, in the wake of the court’s ruling, has been endlessly regurgitated by the media, an independent, under-26-years-old child cannot, in fact, stay on his parents’ subsidized ACA plan and enjoy its benefits.

Insurance fraud the only option?

In March, the Biden administration extended the “Obamacare” enrollment-period to Aug. 15 and signed into law new funding for premium subsidies. So we decided to take a second look at the ACA for 2021. We found a plan that worked for our family started the laborious application process.

But the online ACA marketplace blocked our efforts to add to the plan our 24-year-old independent daughter, who is heading to graduate school in the fall and needs health insurance.

Confused at the difficulty we were having, we called customer service. The woman we spoke to assured us that we would be able to enroll our daughter. The system, however, again rejected our now joint efforts to add her. The agent’s response was priceless—and highly illegal. We should just type in that our daughter was a dependent.

We didn’t, of course. We don’t want to go to jail for insurance fraud. Nor are we stupid. The IRS, which is tied to the ACA, would easily discover the lie.

Stunned, we called the offices of our senior United States senator, Mark Warner, D-Va. They know us over there, because this current problem with the ACA is not our first. Back in 2017 and again in 2020, the ACA could not sell us insurance that adequately covered our youngest daughter as she struggled to survive cancer.

After telling us that we are not the first family to call with this problem, staff directed us to “Enroll Virginia,” a consortium of Virginia nonprofits that seemed mostly dedicated, as far as we can tell, to helping the poor get Medicaid. We called, but nobody could help with our specific enrollment problem.

We then decided to contact some health care experts we had gotten to know in 2017 and 2020. And what we learned shocked us.

You read that right.

More than seven years after the launch of the ACA website, it is literally impossible for a family holding subsidized ACA health insurance to take advantage of one of its biggest claims—thanks to a still compromised ACA website. If you want to take advantage of the promise, the website (but not the law) requires you to say you claim your adult child under 26 years old as a dependent—even if you don’t.

But, the experts told us, even if we could get the government to fix the coding error, the ACA would still fail us financially. I consulted the Kaiser Family Foundation for help. Experts there told me that even if the technology would allow us to enroll our older independent daughter on our subsidized plan, she wouldn’t be added at a subsidized child rate of the plan, even though a point of this part of the ACA is to make it cost effective and easy for older children to have insurance coverage.

Instead, I would be charged the unsubsidized, adult rate she would incur if she formally had her own plan. Her addition would increase our premiums by about $350 per month, the unsubsidized rate for individuals the exchange calculated for us, or $4,200 annually. That’s a staggering $8,400 in premiums payments over her two-year Masters program.

Contrast this scenario with that enjoyed by the wealthy, who can afford the unsubsidized plans in their zip codes; or that enjoyed by members of employer group plans. In both cases, a 24-year-old child can stay on the parents plan at the rate of the plan.

If your family needs the subsidies of the ACA, however, your older child may either raise the rates of the family plan into unaffordability for everyone in the family, or that older child must bear alone the burden of her own plan, whether obtained inside or outside the exchange. Neither the rich nor the fully employed holders of group plans have these problems. Their independent daughters, thanks to “Obamacare,” have “free” (that is, parent-provided) health insurance.

In other words, these folks—the rich and the fully employed—are the real beneficiaries of the ACA when older independent children are concerned, not the very population “Obamacare” was meant to help.

How many thousands of families since the 2014 launch have tried but failed to keep their older children on their ACA policies? Think, too, of the hundreds of thousands of dollars these frustrated, cashed-strapped parents have shelled out for separate plans for their older children. So much for the equity and cost-savings Obama said the ACA would deliver.

Our family story with “Obamacare” is a doubly sad “Tale of Two Sisters.” Our littlest girl, racked by cancer, has twice been the face of the failure of the Affordable Care Act. Now, unbelievably, her older sister is as well, for an entirely different reason. The take-away? Whether you are a little girl suffering a terminal illness or a healthy young woman trying to make her way in the world, “Obamacare,” despite its explicit promises, can fail you—and fail you badly.

Is anybody shocked, then, that, in the wake of the recent Supreme Court decision, I am left wondering which of our other children will also suffer, thanks to the Affordable Care Act? Will no one rid us of this troublesome law? 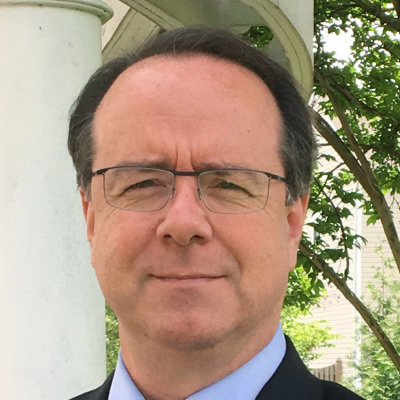