A growing number of parents of K-12 and high school students throughout the country have rebelled against the teaching of critical race theory (CRT) and “anti-racism” in public and private schools. The reasons for their alarm vary, and the rhetorical battles can be confusing, but it is not hard to get to the heart of parents’ objections.

They reject the presentation of our country, its history, its founding, its institutions and its present laws and practices as pervasively, uniformly, profoundly and irredeemably racist. Nor do they accept the corollary that all white Americans automatically enjoy illegitimate “white privilege”—and that they are to blame for every problem that people of color, especially blacks, experience today.

We think that these tenets are dubious at best. But in our opinion the most pernicious aspect of CRT instruction, from an educational perspective, is not its content, but the one-sided, dogmatic intolerance of any alternative point of view.

CRT banishes any classroom mention, let alone thoughtful discussion, of the full range of ideas about race currently articulated across the political spectrum. (The same thing is true in corporate America and at universities, where employees know better than to openly object to CRT’s rigid dogmas.) The CRT-approved story, in a nutshell, is that white racism is pervasive and accounts for all racial deficits and disparities. What is not being taught—what students are not exposed to, and not even allowed to hear—is the contrary position that persistent racial inequalities are oftentimes rooted in cultural differences and behavioral tendencies that are not all traceable to slavery or Jim Crow, and cannot all be solved by purging the vague category of “structural racism.”

One of the central elements of the “anti-racism” creed, which conveniently allows CRT to be presented as unvarnished, unquestionable truth, is that any critique, challenge or argument against it, however grounded in evidence, history or logic, is by definition a racist expression of an oppressive system of “whiteness.” According to CRT proponents, that system must be wholly discredited, dismantled and expunged, both to achieve “racial justice” and to spare non-whites from trauma, exclusion and an “unsafe” environment.

These rhetorical maneuvers render it disingenuous and a classic straw man to suggest that the goal of parents’ anti-CRT efforts is to suppress teaching and learning “about the role of racism in the history of the United States.” Virtually no one opposes that. CRT goes much further in advancing unbalanced and unbending ideas on how race figures in our history and at present, and in seeking to suppress, tarnish and banish any alternative approach to those thorny questions.

The effort to present one ideology on race and to discredit other perspectives as racist, bigoted and baseless is a form of partisan propaganda that is contrary to sound educational practice. But it is also antithetical to principles on which our nation was founded—and represents a dangerous attack on the essence of the American way of life.

Parents and teachers must unite in unequivocally rejecting the illiberal and pernicious notion that the repudiation of CRT is itself a form of impermissible racism. Insisting on viewpoint diversity and the airing of different ways of thinking about race in America is essential to reclaiming our education system from the noxious grip of CRT advocates and acolytes. It is also vital to defending traditions of critical thinking, reasoned discourse, academic freedom and First Amendment protections that are strengths of our system.

There are currently political efforts underway to ban the teaching of certain ideas—including the one-sided, negative views of America peddled by CRT proponents—from academic curricula at public institutions. More effective might be legislative mandates for viewpoint diversity and evidence-based learning, if only as a reminder that taxpayers expect First Amendment values to be honored by the institutions they financially support.

A positive outcome of such efforts, supported by the grassroots activism of parents committed to our traditional practices and values, would be to ensure that students are routinely exposed to a range of ideas on questions of race in America. While our preference would be for schools to stick to basics rather than to grant precious instructional time to current events and political debates, any discussion of the complex subject of race in America—whether historical or contemporaneous—should be balanced by a presentation, or at the least an acknowledgement, of differing perspectives and the facts and analysis behind them.

We are in the midst of a lively national debate about the role of slavery, discrimination and racism in our country and its design, as well as the origins and solutions to current racial inequalities. Students need exposure not merely to left-leaning ideas on these questions but also to centrist and right-leaning positions, including those advanced by distinguished minority thinkers like Jason Riley, Thomas Sowell, Shelby Steele, Wilfred Reilly, Glenn Loury, Bob Woodson, John McWhorter, Coleman Hughes, Candace Owens and many others. Students need to consider the possibility that high rates of some destructive behaviors, such as crime and family breakdown, are more important than white racism in holding blacks back. They need to hear why some critics think that cultural reform and self-help, and not the endless and indignant pursuit of white racism, might be the best long-term answer.

CRT ideology seeks to suppress, hide and delegitimate these ideas by keeping them out of the schools and banishing them from educational curricula. Many students and parents have never even been exposed to these perspectives and have not taken them as seriously as they deserve. It’s time for that to change. That’s called an education. 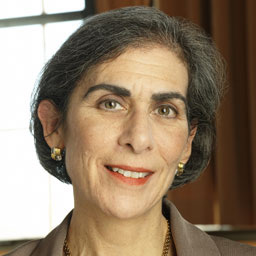 RELATED
The Pitfalls of Law Enforcement License Plate Readers in California and Safeguards to Protect the Public
FBI, R.I.P.?: The agency has become dangerous to Americans and an existential threat to their democracy and rule of law.
Pelosi’s Taiwan Trip Heightens the US-China Perceptual Dilemma
Floating Exchange Rates Add to Economic Uncertainty
Better Solutions for Rx Problems
Why We Lost Trust in the Expert Class
The Supreme Court and the Due Process Clause
Remembering Great American Bill Russell
The Government Runs the Ultimate Racket
A Recession by Any Other Name
One of Our Few Great College Presidents Retires
Flashpoints of Potential Escalation in the Ukraine War