I attended a public-policy roundtable hosted by Florida Gov. Ron DeSantis last month. The point was to discuss the state’s Covid policies in the months ahead. That 600,000 Americans have died with Covid-19 is evidence that the lockdowns over the past year, including significant restrictions on the lives of children, haven’t worked. Florida reopened in May and declined to shut down again. Yet age-adjusted mortality is lower in Florida than in locked-down California, and Florida’s public schools are almost all open, while California’s aren’t.

My fellow panelists—Sunetra Gupta of Oxford, Martin Kulldorff of Harvard and Scott Atlas of Stanford—and I discussed a variety of topics. One was the wisdom of requiring children to wear masks. The press asked questions, and a video of the event was posted on YouTube by local media, including Tampa’s WTSP.

But last week YouTube removed a recording of this routine policy discussion from its website. The company claimed my fellow panel members and I were trafficking in misinformation. The company said it removed the video “because it included content that contradicts the consensus of local and global health authorities regarding the efficacy of masks to prevent the spread of COVID-19.”

Yet the panelists are all experts, and all spoke against requiring children to wear masks. I can’t speak for my counterparts, but my reasoning was a cost-benefit analysis. The benefits of masking children are small to none; the costs are much higher.

The scientific evidence is clear. Consider a study from Iceland conducted early in the epidemic when masking was uncommon. The study used a representative sample to track the source of Covid infections. The authors used contact-tracing methods paired with genetic sequencing analysis to establish precisely how the disease spread. The senior author of the study, Kari Stefansson, later told reporters that “even if children do get infected, they are less likely to transmit the disease to others than adults. We have not found a single instance of a child infecting parents.” Many studies in the scientific literature reach a similar conclusion: Even unmasked children pose less of a risk for disease spread than adults.

Consider also data from Sweden, published in the New England Journal of Medicine in February. Swedish primary schools have been open for in-person instruction throughout the epidemic, no masks required, even when cases were increasing. Of more than 1.8 million children in school in spring 2020 ages 1 through 15, not one died from Covid-19. This study also showed that teachers were at low risk for Covid; they contracted the disease at rates lower than the average of other Swedish essential workers.

But the evidence is overwhelming that masking can harm children’s developmental progress. Look at the World Health Organization’s guidance document on child masking, which says that up to age 5 masking children may harm the achievement of childhood developmental milestones. For children between 6 and 11, the same document says that mask guidance should consider the “potential impact of mask-wearing on learning and psychosocial development.” The WHO explicitly recommends against masks during exercise because masks make breathing more difficult.

As an expert providing advice on a complex topic, I believe I did my job responsibly to the best of my ability. By holding the hearing in front of reporters and posting the proceedings on the web, Gov. DeSantis fulfilled his duty to make the public privy to some of the advice that may enter his decision-making. This is good government.

YouTube’s action violates basic standards of scientific conduct. The company labeled our discussion on masking children as “misinformation” without providing any detail about its scientific reasoning. If YouTube wants to argue that we were wrong, it has an obligation to show its evidence.

Even worse, YouTube’s censorship runs contrary to American norms of free expression. It serves only to blind the public on a topic of intense interest; Americans have a right to know the contours of the Covid-19 debate. YouTube may have a legal right to censor a public hearing featuring the Florida governor. But companies with such tremendous power over the flow of information should adopt more responsible editorial standards in its censorship decisions. Or better, not censor at all. 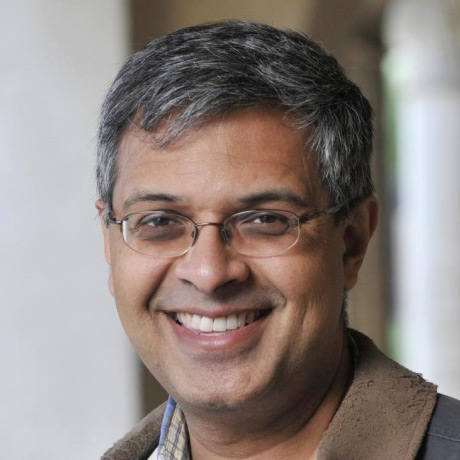 RELATED
End the COVID National Emergency Now
Left Libertarians, Dobbs, and the Ninth Amendment
Congress Must Fix the Electoral Count Act to Avert a Crisis
As California Schools Fall Even Further, A Charter School Shows How To Succeed
Why Do Progressives Support Democrats? Part Two
What Difference Did the Election Make?
Why Do Progressives Support Democrats? Part One
Enjoyment of the Upcoming World Cup Will Come at a Price
Where Is the Free Market Utopia?
On Gas Prices, Simple Economics Trumps Biden’s Partisan Agenda
Vote Like a Woman: When You Vote, Remember Who Has Recently Most Hurt Women
Permissible and Impermissible Incendiary Speech?