A friend who volunteers at a Sunday school in Harlem for low-income children called me the other day, greatly upset: She had been working with a pair of students who failed to learn the assigned reading, which was a short psalm or a prayer. She thought perhaps the fourth graders, a boy and a girl, weren’t applying themselves. The truth was much worse: The two children turned out to be illiterate.

Their public school teachers had passed them, grade by grade, into the fourth, and no one had ever taught them how to sound out words. Their teachers graded spelling tests and assignments—they knew they were passing kids who couldn’t read.

The two fourth graders didn’t understand words like “will” or “firm.” They couldn’t read them, and they didn’t know what they meant. Yet these children were intelligent. They were eager—touchingly, pathetically eager. And by the end of the hour with my friend they had made tangible progress. But what is one hour, compared with 35 hours every week in public school?

The New York City public school system spends $28,800 per student per year—more than anywhere else in the world. A brand-new public school teacher with a master’s degree and zero prior experience starts at $65,000 a year, plus benefits. And the children can’t read.

It’s little wonder that children become disaffected, bellicose—what we popularly call “troubled.” Little wonder that they turn to drugs and gangs and crime. When material isn’t taught well, and when the children can’t understand, they often blame themselves. They feel stupid, then resentful. Before long they’ve decided that education isn’t for them, and soon they’ll be lost forever—their potential to live happy, decent, productive, and socially healthy lives is destroyed. Their teachers and the school system are the destroyers.

The same friend of mine told me one day how another of her Harlem kids, a seven-year-old girl, had come to her in tears: The girl’s school teacher had asked everyone in class to say what they wanted to be when they grew up. The girl had said she wanted to be a mother. Her (female) teacher said her choice was wrong, apparently making her feel that it was not just incorrect, but morally unacceptable. The teacher actually made the child stand in front of the class as an example of a bad girl. No wonder she was in tears—her childhood dreams were taken away from her, and she was humiliated for having them.

This incident is not simply a questionable decision on the teacher’s part, nor is it a bad yet defensible judgment. It is child abuse. It is criminal behavior. The teacher should be in prison. She definitely shouldn’t be a teacher. And yet, given the lifelong protection she enjoys as a union member in the public school system, she will most likely go on doing her share to ruin the lives of dozens or hundreds or thousands more children—children from poor neighborhoods with no one to protect them. Children who are being sentenced to permanent lower-class status and a life of menial work, to depression and frustration and worse, by the sick, demented, and obscenely expensive criminal enterprise that is the New York City public school system.

New York politicians may be corrupt, and they may be terrible people, but they are smart enough and care enough about their own kids to keep them far, far away from the public schools whose unions they pad with our money. They know perfectly well public expenditure on education has nothing to do with education, and is simply a means of buying power. In a sensible world, they would be on trial for racketeering.

I’ve suggested before in this column that politicians should be forced to send their own children to bottom-performing public schools. This might get the schools to produce better results, but it wouldn’t do anything to cure the basic corruption of the system.

If you instead gave each family in New York $29,000 per year per child to spend on their kids’ education, you can bet they’d come up with something vastly better. For one thing, they could send the children to private school, where the average annual tuition in New York is about $19,000. But there are more creative solutions as well: Three or four families might group together and hire themselves a first-rate tutor. Slightly larger groups could form simple one-room schools, for say 35 kids: There would be enough to hire high-quality teachers for every subject. Or the parents could do what an increasing number of better-off families do, and educate their kids at home in cooperation with other families.

But homeschooling, especially without that money, won’t be an option for poor families where both parents work long hours or for single-parent households. This is precisely the situation public education was supposed to provide against, of course. The failure is not just New York’s: Public education is a failure in every city across the entire country.

A Cato Institute paper years ago made the excellent point that the creation of the modern welfare state under FDR did more than to destroy a certain spirit of independence on which Americans prided themselves: It also destroyed countless clubs, charities, social groups, and church organizations. The private money that had funded these organizations, Americans’ donations and gifts to charity, was confiscated by the government in the form of taxes. It was the first and greatest step towards unraveling a society based on faith, hope, and charity and replacing it with a society based on bureaucracy. Again, Marxism is a dictatorship of the bureaucrats.

Every child should have an education. It does not follow that we need public schools. And in practice, public schools do not educate. It’s easy enough to see this from the national literacy and numeracy rates. The more schools spend, the less they succeed in teaching. This is without even touching on the dastardly political indoctrination that exposes our children to the socialist biases of their hardly-less-ignorant teachers.

If you were to abolish the Department of Education (as the brilliant BBC series Yes, Prime Minister suggested back in the 1980s) and also abolish every single public school in the nation, education would not cease. On the contrary, it might actually start happening. You would see, in short order, hundreds of new schools funded by donations both of money and of time—charity schools in the most basic and most important form of charity. These would be schools certified not by the government but by a demonstrable ability to teach children. (Demonstrable, that is, to the parents themselves, not to a corrupt licensing board.)

As politicians remind us by keeping their own kids out of public schools, as well as by avoiding public transportation, public healthcare, and public services generally, we do not trust the government with anything we take seriously. No one who has enough money to make the choice lets the government educate his kids or fix his teeth or get him to work on time.

An investor I knew used to say that if you’re looking to invest in an ice cream shop, you don’t start by looking at the balance sheets. You start by tasting the ice cream. Well, the government officials who run our schools don’t want to taste their own ice cream. They know what it would taste like. As an investor in your child’s education, that should tell you everything you need to know.

If we took the future of the nation seriously, we would end public schools tomorrow. We would then take our young children, sit them down with the first and simplest of McGuffey’s English textbooks from the 1880s, and teach them to read. 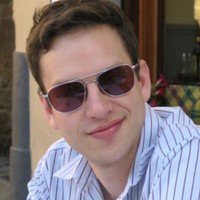 RELATED
Pandemics and Liberty: An Introduction
How San Francisco Can Solve Its Homelessness Problem
Gov. Newsom Is Right to Oppose Proposition 30, A Destructive Tax Increase
Remembering Hate Speech
More Advanced U.S. Weaponry for Ukraine?
Higher Education Used to Love Controversy
Textbooks: Do We Know Which Ones Are Effective?
Martha’s Meltdown Model
The New Inquisition
Special Master Ruling Smacks of Excessive Reverence for the Imperial Presidency
Is Latin America Beyond Hope?
Health Reforms Both Parties Should Endorse