Something is definitely rotten down on the farm. The General Accounting Office, Congress’ fact-finding agency, released in mid-June a study of the U.S. Department of Agriculture’s management of the farm-subsidy program, a multibillion-dollar system of direct payments to farmers. The findings should horrify lawmakers but probably won’t.

The GAO revealed that government employees are ill-trained and federal laws too vague to properly monitor the hundreds of thousands of farm-subsidy payments granted each year. The GAO found many of the approved recipients were ineligible for subsidies. (The USDA fact-checks only about 1,000 applications each year.) A GAO sample of USDA-reviewed and approved subsidies revealed that 30 percent of even these scrutinized farm subsidies were going to people who shouldn’t be receiving them.

The lack of USDA oversight is outrageous, given how much America spends on subsidies. From 1995 to 2002 the U.S. taxpayer doled out more than $114 billion to farmers, and in 2002 President Bush upped subsidies to $190 billion over the next 10 years. For perspective, consider that in the year 2000 alone, U.S. spending on farm subsidies exceeded the gross domestic product of more than 70 nations, based on federal government figures.

With so much money being freely handed out, the GAO report should lead to some tough questions for USDA officials on Capitol Hill. Yet, for all its detail, the 75-page report artfully avoids the bigger question that no lawmaker wants to hear: Why do we even have farm subsidies?

One popular misconception that contributes to support for farm subsidies is that because they result in lower food prices, they are a boon to consumers. This ignores the fact that taxes pay for these subsidies. Any reduction in supermarket prices is paid for by your taxes, or someone else’s, whether you buy that ear of corn or not.

Farm subsidies are not intended to reduce the cost of food significantly. If prices fell too much, farmers would lose money. To prevent this, Congress also has “environmental” conservation subsidies that pay farmers not to cultivate their land, resulting in higher prices for crops that are thus made scarcer. Consequently, from 1995 through 2002 we paid $14 billion for farmland conservation subsidies that increased the price of our food.

Another myth is that farm subsidies can help U.S. exports, and therefore the U.S. economy, because they make our food cheaper for foreigners to buy. This claim ignores at least two realities. First, just as farm subsidies are a wealth transfer from some taxpayers to some domestic consumers, so they are a wealth transfer to foreign consumers. Second, farm subsidies are starting to cost U.S. exporters. Last April, the World Trade Organization ruled that U.S. cotton subsidies violated global trade rules, which could lead to billions of dollars in retaliatory tariffs or fines. The ruling will encourage developing countries to bring lawsuits against other subsidized U.S. exports.

If the United States were to stop subsidizing agriculture, it could encourage others to do the same. Franz Fischler, the European Union’s agriculture commissioner, announced at the Doha Round of international trade negotiations in May that, “Provided we get a balanced deal, we are ready to put all of [Europe’s] export subsidies on the table.” Given that European agricultural subsidies are almost six times greater per land unit than U.S. subsidies, American exporters would gain tremendously from an end to subsidies. Farmers in the developing world, who struggle in the face of unfair competition from crops subsidized by governments of the developed world, would also gain.

The most enduring political illusion is that farm subsidies are necessary to maintain the small family farmer. In fact, 77 percent of Americans support giving subsidies to small family farms, according to a 2004 poll by the PIPA/Knowledge Network. Small family farmers are not the primary dollar recipients of federal subsidies, however. According to the subsidy watchdog, Environmental Working Group, 71 percent of farm subsidies go to the top 10 percent of subsidy beneficiaries, almost all of which are large farms. In 2002, 78 farms, none small or struggling, each received more than a million dollars in subsidies. The bottom 80 percent of recipients average only $846 per year.

The result of subsidizing the rich, more landed farmers is that they can reduce the prices of their goods, making it much harder for small farmers to compete. Rather than being the small family farmers’ savior, subsidies work against them.

Rich farmers are a powerful lobby in American politics. In the last election, crop producers gave $11.5 million in campaign contributions, according to the Center for Responsive Politics, and they are likely to give much more by this November.

So don’t be surprised that the GAO’s report won’t be taken too seriously on Capitol Hill. Farm subsidies are more than just payoffs for loaded, large landowners. They’re subsidies for elected officials, too.

Nicolas Heidorn is a former public policy intern at the Independent Institute.
Government and PoliticsGovernment Waste/Pork 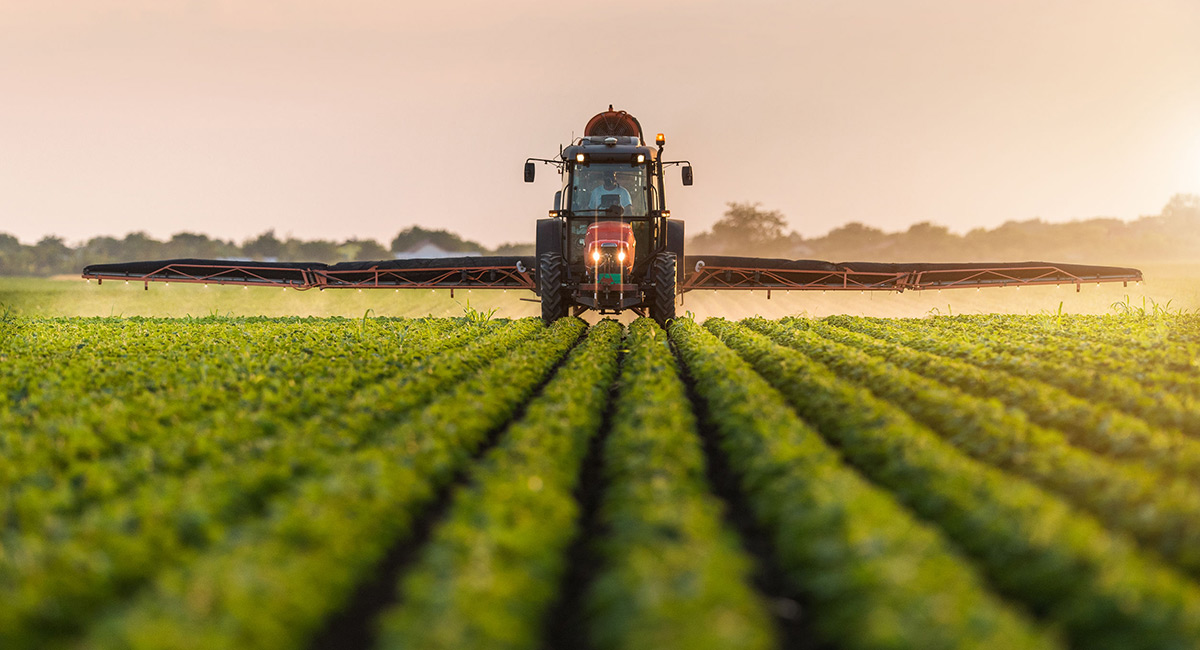 The Economy Is Not a Series of Supply Chains