How the Left Hijacked Civil Rights : News: The Independent Institute

The civil-rights movement, led by the Rev. Martin Luther King Jr. , helped deliver America from the historic sins of slavery and Jim Crow by forcing the nation to confront the full humanity of its black citizens. King’s words and actions glorified America by transfiguring its racial wound and revealing its redemptive promise. Yet today many black leaders have lost sight of King altogether and are aiding and abetting the crucifixion of their own people. Rather than hope, they see despair; rather than the Easter Sunday of true liberation, they offer the bleak Good Friday of never-ending misery.

The history of black American responses to slavery and Jim Crow generally followed three paths. They were hotly debated, but all emphasized human agency, sought liberation, and rejected despair.

First, there were the recolonization or “back to Africa” movements championed by the likes of Marcus Garvey. These movements sought an exit from America.

Second, there were the insurrectionists of the 19th century, who believed that black Americans should engage in armed rebellion or vocal opposition so that they might find a home in this country. Here lie Nat Turner and, later, W.E.B. Du Bois. They wanted to have their resistant voice heard in America.

Third, there were accommodationist movements of the sort undertaken by Booker T. Washington, who thought that loyalty to America was the best course.

Exit, voice, loyalty—however different these strategies were, each supposed that human agency mattered, that oppression wasn’t destiny. That is why, even amid great struggle, black Americans responded by building their own institutions and businesses. Great universities, medical schools, hotels, restaurants, movie companies and even a flight school sprung up. All of this was self-financed—and made possible by two-parent families, churches and other cultural institutions that provided shelter against the outside storm of racism.

In the 20th century, that same creative conflict between these three schools of thought reappeared. Debaters included the Student Non-Violent Coordinating Committee, the Southern Christian Leadership Conference, the Black Panther Party and the Republic of New Africa, which sought to establish a separate black state within our borders as an exit strategy.

King offered an inspiring combination of the strategies of loyalty and voice. In 1960, when students in Greensboro, N.C., became frustrated with the slow pace of legal action favored by Thurgood Marshall, King was sent to discourage them from engaging in civil disobedience. The students told King to lead, follow or get out of the way. They were determined to liberate themselves. They understood the difficulties and were undeterred by the obstacles. Like King, they were willing to persevere toward justice even when it was inconvenient, and to suffer the consequences of their actions. Hope, not hopelessness, animated all that they did.

King paid a heavy personal price for his hope that America was redeemable. Twice his home was bombed; once, his wife and daughter were nearly killed. Surrounded by hundreds of angry, armed black men after that bombing, he discouraged retaliatory violence. He was assaulted several times, and jailed as well, but he remained steadfast in his commitment to nonviolence. He united black Americans behind the proposition that racism is evil in itself, not simply because white people visited it upon blacks, and that all must unite to combat evil. He warned us about the self-destructive path of violence, not only for blacks but for the whole nation.

One of the original arguments to justify slavery was that blacks were morally inferior and thus incapable of self-government. John C. Calhoun famously asserted: “There is no instance of any civilized colored race of any shade being found equal to the establishment and maintenance of free government.” Black efforts at self-liberation in the 19th and 20th centuries were based on the opposite assumption.

Today many black leaders defer to angry white progressives who make the same arguments about blacks’ lack of moral agency, reject the country’s founding principles, and seek to undermine its institutions. For months, the radical left has been exploiting the country’s genuine concern for fairness to keep blacks in a constant state of agitation, anger and grievance, urging them toward behavior that lives down to the slanderous stereotypes of white supremacists. The leaders of these movements insist that every inequity suffered by blacks is caused by institutional and structural racism, that they have no power to liberate themselves, and that they will remain oppressed until white people change. Even to raise the issue of what role self-determination plays for blacks earns you the label of “racist.”

Civil-rights organizations and their leadership, as well as the Congressional Black Caucus, need to wake up before it’s too late. A faction of black leaders has been silent about, or complicit in, the takeover of the civil-rights movement by the radical left. The effect of this is not to glorify black achievement but to crucify low-income blacks, who are represented in national media outlets by their worst-behaved members, and bear the brunt of the attacks by the woke radical left on the cities where they live.

“Justice” for black America cannot be achieved by framing it solely through the distorted lens of the deaths of George Floyd, Breonna Taylor and others in fatal police encounters. For every unarmed black American killed by the police, hundreds are killed in neighborhood homicides.

Those who call for the defunding of police departments, such as leaders of the official Black Lives Matter organization, are silent about this inconvenient truth. They have a narrative and cannot let the facts get in the way. Their story is that the whole of American history is stained and the whole of America must be overthrown. When citizens declare that they support Black Lives Matter, do they share its opposition to the nuclear family, its objective of abolishing the police, and its view that the Christian cross is a symbol of white supremacy? These positions of the organization—language that has largely been scrubbed from its website—in no way improve the lives of black Americans. They give up on black America and encourage its needless suffering.

Like all Americans, blacks have triumphed over their circumstances only when they have adopted bourgeois virtues such as hard work, respect for learning, self-discipline, faith and personal responsibility. In the 19th century, Frederick Douglass found reading to be the key to his own personal liberation amid slavery, and he understood that whites deliberately withheld literacy from blacks precisely because it was so valuable. Bourgeois values drove blacks to build the powerful religious, fraternal, and other voluntary associations that helped them thrive in the worst days of Jim Crow and cultivated the essential virtues in the next generation.

There would have been no civil-rights movement without this. But radical progressives now insist that such virtues are the legacy of white supremacy, colonialist values that reflect the continuing bondage of blacks to oppressive Western culture. The only “authentic” expression of blackness in America, they claim, is the opposite of bourgeois self-restraint and discipline—indulging in the passions of the moment, whether anarchic rioting, insulting teachers or other unsalutary forms of expression. The radical left—disdaining exhortations toward work, family and faith as “respectability politics”—argues that blacks should feel free to indulge their “true” nature, echoing the age-old white-supremacist notion that said nature is violent, lascivious and incapable of self-restraint.

The slave masters’ trick of old was to dissuade blacks from adopting bourgeois values precisely so they could be kept in servitude. Marriage was forbidden and families were split apart. Douglass observed that slaves were encouraged to indulge in drink and debauchery during the holidays so they would be “led to think that there was little to choose between liberty and slavery. We felt, and very properly too, that we had almost as well be slaves to man as to rum. So, when the holidays ended, we staggered up from the filth of our wallowing, took a long breath, and marched to the field—feeling, upon the whole, rather glad to go, from what our master had deceived us into a belief was freedom, back to the arms of slavery.”

But there were always those who saw through the trick and used the holidays to hunt, make items for sale, visit distant family members, and hire out their own labor. Some of these were even able—eventually—to purchase their freedom.

Tellingly, leftist elites teach their own children the values of working and studying hard even as they encourage behavior among blacks that will make sure they remain uncompetitive but “authentic.” By the time young blacks today discover, as did the slaves of Douglass’s time, that freedom understood as “do whatever you feel like” is no way to build a worthwhile life, it will be too late. The fruits of the civil-rights movement’s hard labor—teaching the young to be so self-disciplined that they were able to resist responding in kind to hatred and abuse from whites—will have been lost.

We must turn away from the present course, which preaches despair rather than hope. Black achievement must be glorified. The crucifixion of black America by the radical left must halt. There is a grander, more fruitful future for us all. 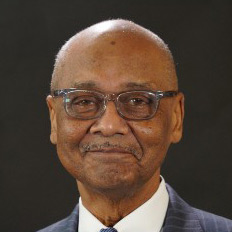 Robert L. Woodson, Sr. is a veteran of the civil-rights movement, and founder and president of the Woodson Center and author, most recently, of Lessons From the Least of These: The Woodson Principles. 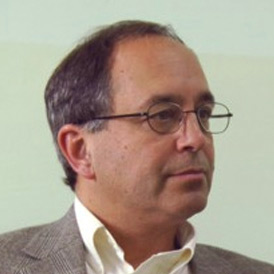 Joshua Mitchell is a Washington Fellow at the Claremont Center for the American Way of Life and the author of American Awakening: Identity Politics and Other Afflictions of Our Time.
American HistoryCivil Liberties and Human RightsCivil RightsContemporary PoliticsCrime, Criminal Justice, and PrisonsCulture and SocietyEconomic InequalityEconomyGovernment and PoliticsLaw and LibertyPhilosophy and ReligionPolicingPolitical HistoryPolitical TheoryRace Issues

RELATED
Race Everywhere
Hulu’s 1619 Project Docuseries Peddles False History
Paul Volcker’s Recipe for Prosperity
Ownership, Control, and Reform: Market-Based Approaches to Universities
Concentrate Where the Murders Are Concentrated
Four Ways to Get What You Want
The Cost of San Francisco’s Reparations Proposal: Nearly $600,000 Per Household
What the Populists in Congress Get Right and Get Wrong
Debt Ceiling Kabuki: Republicans Will Cave and U.S. Government Finances Will Get Even Worse
Texas Conservatives Should Not Support Banning Land Sales to Foreigners
Reckless Reparations Reckoning
San Francisco Falls Into The Abyss