In 2016, then presidential candidate Donald Trump, noting the US trade deficit with China and other countries, stated, We “have a trade war, and we’re losing badly.” The US trade deficit (also known as the current account deficit) was $67 billion in August of this year, according to the Census Bureau and the Bureau of Economic Analysis. Does this mean the US is continuing to lose on trade?

The real question is the actual economic activity behind these numbers. For example, a current account deficit implies a capital account surplus, which can consist of foreign savings being invested domestically in productive enterprises. This means foreigners consider the US an attractive place to invest their money. Most would consider this to be a positive indication of economic health. However, a capital account surplus could consist of foreigners using their savings to buy US Treasury bonds to finance government deficits. If the government is spending these on bailouts and bridges to nowhere, most would consider this type of capital account surplus to be negative. What matters far more than whether the capital account is in surplus or deficit is what it consists of. International balance-of-payments figures are not like a profit and loss statement or a scorecard, though they are often treated as such.

What is telling, however, is that those who treat the balance of payments as a scorecard rarely advocate cutting government spending as a means to reduce the current account deficit. This is probably due to the fact that proposing barriers to reduce imports benefits concentrated domestic producers at the expense of dispersed consumers, so this means of attempting to reduce the deficit is politically attractive, while reducing government spending tends not to be. But perhaps those who wish to reduce the deficit just don’t know about the relationship between government spending and the international balance of payments. Hopefully, should any of them manage to read this article, they will no longer suffer from this ignorance.

To show this relationship, let’s start with the familiar gross national expenditure equation, Y = C + I + G, where

In a closed economy without international trade, gross national expenditure equals gross national income. We know that savings (S) are necessary for investment (I), and savings are what is left over after spending. As such,

Savings can be further broken down into “private” and “government” saving, SP and SG, respectively.

That is, private savings are whatever isn’t spent on consumer goods or confiscated through taxation, and government savings consist of taxes not spent. If the government runs a budget deficit (G > T), then that deficit has to be financed out of private savings and crowds out investment.

Given that S = Y – C – G, we can subtract C and G from the right side of the previous equation to obtain S = I + CA. We can further replace S with the constituent parts of private savings and government savings to get SP + SG = I + CA, which we can rearrange to finally get CA = SP + SG – I.

If the government is running a budget deficit, SG is negative. In that case, private savings have to be greater than the deficit and domestic investment or else foreigners will have to make up the gap and there will be a current account deficit.

Thus, we can see how the perpetual budget deficits the US government runs, and the record deficits this year, are directly related to current account deficits. That spending has to be financed in some way, and if not through taxation (both direct and indirect through inflation) and domestic purchase of government bonds, then it must be through foreign lending (as well as the taxation of foreign dollar holders through inflation), resulting in a current account deficit. Thus, one of the surest ways to reduce that deficit, all else held constant, would be to cut government spending.

Ultimately, we would likely be far better off if balance-of-payments figures were not collected at all. As Rothbard explained, “only by statistics, can the federal government make even a fitful attempt to plan, regulate, control, or reform various industries.” But for the collection of these statistics, there would be no “scorecard” aggregating figures of mutually beneficial transactions that individuals made that would lead an outside observer to make the claim that they somehow lost on net. Robert Higgs says it best:

If there were no accounting concept or set of data organized as the balance of international payments, such misconceptions and errors would have nowhere to hide. Trade would be seen as a means of enhancing the wealth of all the traders regardless of the country in which they reside. Nonsense about harmful deficits in the national balance of trade in goods and services (the so-called current account) would evaporate like the morning mist in the rising sun. Politicians would lose powerful rhetorical cover for their schemes to enrich their private-sector cronies (and hence themselves in political pay-back). The best thing that could ever happen in regard to the public’s understanding of international trade and financial flows would be for the balance of international payments to simply disappear. It is greatly to be regretted that this accounting system was not throttled in its cradle. 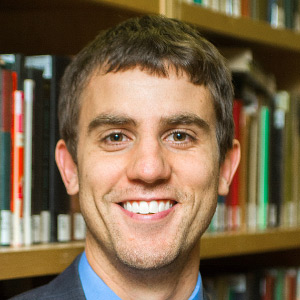 Tate Fegley is a Research Fellow at the Independent Institute, and Postdoctoral Associate at the Center for Governance and Markets at the University of Pittsburgh. He is the author of the article “Police Unions and Officer Privileges”, which appears in the Fall 2020 issue of The Independent Review