Resilient US Economy Has Overcome the COVID-19 Recession: News: The Independent Institute

Though the president and first lady weren’t able to dodge the COVID-19 bullet, the U.S. economy, we now know, has adapted remarkably well to the pandemic and social distancing. As a result, the worst of the COVID-19 recession is over.

Fear pushed public and even professional opinion to be bearish about the prospects of economic recovery. On both sides of the aisle, it became commonplace to assume that economic vitality depended largely on financial aid from Washington.

Therein lies a Catch-22 that’s keeping us from paying attention to the economy’s rebound. If markets and the economy recover or perform well, the conventional wisdom attributes this to government “stimulus.” If they stagnate or perform poorly, it’s attributed to Washington’s sloth and stinginess. In short, we’ve been too focused on vulnerability—and the perceived need for artificial stimulation—and not focused enough on resilience.

Real GDP dropped like a stone in the second quarter (April-June) of 2020, at a record annual rate of 31.7%. The great majority of forecasters did not anticipate that we could recover from such a blow anytime soon—even taking into account unprecedented government largesse. Their predictions of sustained weakness are being overtaken by events.

Weeks ago the largest component of gross domestic product, consumer spending, already had bounced back to pre-pandemic levels, recovering twice as fast as employment or industrial production. Within just two months, May and June, retail sales had completed a full round trip. In July and August they rose further.

How well does this good news reflect the economy as a whole? That requires an estimate of GDP itself. With forecasters in broad disagreement, it might seem that we’ll have to wait until third quarter results are in.

Happily, thanks to the Center for Quantitative Economic Research at the Federal Reserve Bank of Atlanta, there’s now a more timely source of information, unavailable in past downturns, and derived from real-time hard data: the bank’s GDPNow estimate. As of Sept. 24 the GDPNow team calculated third-quarter annualized growth of 32%.

This figure exceeds all but three of the 62 forecasts in The Wall Street Journal’s September survey of forecasters, and reflects a huge upward revision from GDPNow’s earliest estimate at the end of July.

Such quarter-to-quarter growth would be twice the record set by the Korean War buildup. And it implies that the economy already had recaptured three-fourths of its second-quarter collapse in a single quarter.

The speed and vigor of the U.S. rebound can be interpreted in two contrasting ways. One is that federal intervention has been much more effective than expected. There will be no shortage of politicians waiting to take credit for that. The other is that, collectively, virtually all of the so-called experts underestimated the economy’s intrinsic resilience.

Back in the days when federal “stimulus” was puny by today’s standards, GDP already showed an ability to bounce back from drastic financial shocks, natural disasters, widespread strikes and global crises. To paraphrase Independent Institute senior fellow Richard Vedder, professor emeritus of economics at Ohio University, perhaps the most impressive example is the economic transition following demobilization at the end of World War II. Millions of military personnel became jobless within months and military spending plummeted. But the economy’s resilience came to the rescue and the predicted sharp rise in overall unemployment never occurred.

It’s not clear whether government “stimulus” funds add to or subtract from the economy’s resilience. Relief to those among the newly unemployed who are too pressed to fend for themselves may actually help them become more resilient. On the flip side, moderate deprivation may be a greater spur to self-reliance, encouraging the unemployed to seek work rather than temporary income from government.

Either way, the resilience of the U.S. economy is overpowering the COVID-19 recession, which soon could be history. 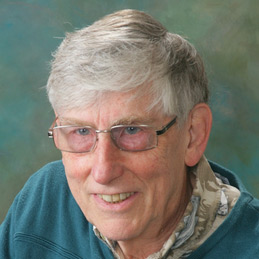 RELATED
Wokeism Is a Cruel and Dangerous Cult
An Economic Evaluation of Covid Lockdowns
NATO Bears Some Responsibility for the Ukraine Crisis
Liberties Are Only Kept Safe by the Limitation of Government Power
Jordan Peterson: Why I Am No Longer A Tenured Professor at the University of Toronto
Is America Heading for a Systems Collapse?
Conspiracies as Realities, Realities as Conspiracies
Just Say No to Biden and Fauci’s Universal Vaccination Nation