Even as They Cancel Each Other, Progressives Continue to Downplay Their Movement’s Racist Past: News: The Independent Institute

←  NEWS
COMMENTARY
Even as They Cancel Each Other, Progressives Continue to Downplay Their Movement’s Racist Past
August 14, 2020
By Thomas F. Cargill
Woodrow Wilson and Margaret Sanger
Also published in Washington Examiner Thu. August 13, 2020  « Show Fewer

Progressive “cancel culture” recently claimed two of its own. Former President Woodrow Wilson, one of the early leaders of the progressive movement, is having his name purged from Princeton University, an institution he once led. Margaret Sanger, the founder of Planned Parenthood, also had her name removed from a New York abortion facility. The reason in both cases was the racism of the long-dead figure in question.

Cancel culture is the logical outcome of a largely successful effort by the Left to impose ideological conformity upon the nation’s academic, business, cultural, political, and social institutions—an orthodoxy so rigid that all other views not only are considered unworthy, but unspeakable. Even a youthful utterance made long in the past is now enough to destroy someone’s reputation or career.

In the world of Black Lives Matter, Wilson and Sanger were thrown under the bus so that progressives could preserve their anti-racist bonafides. But these same progressives continue to conceal their movement’s dark history of racism, which went far beyond words to include eugenics research that characterized blacks as “unfit” and proposed, through forced sterilization and other means, to produce a nation of “thoroughbreds” through the “breeding out” the unfit.

Those who have noted the disproportionately high rates of abortions among black people—they accounted for 38% of them in 2016, according to the Centers for Disease Control and Prevention—might want to think again when they’re asked to embrace Planned Parenthood. The progressive perspective on racial matters is no better expressed than in Margaret Sanger’s “Plan for Peace” published in a 1932 issue of the magazine she founded, Birth Control Review.

Sanger advised the nation to “keep the doors of immigration closed to the entrance of certain aliens whose condition is known to be detrimental to the stamina of the race,” to “apply a stern and rigid policy of sterilization and segregation to that grade of population whose progeny is already tainted, or whose inheritance is such that objectionable traits may be transmitted to offspring,” to “give certain dysgenic groups in our population their choice of segregation or sterilization,” and to “take an inventory ... [of] illiterates, paupers, unemployables, criminals, prostitutes, dope-fiends, classify them in special departments under government medical protection, and segregate them on farms and open spaces as long as necessary for the strengthening and development of moral conduct.”

Such policies ultimately were responsible for the forced sterilization of some 60,000 to 70,000 people in the United States (and possibly more) whom progressives and other eugenics supporters deemed unfit.

The Supreme Court’s 1927 decision in Buck vs. Bell (an 8-1 decision written by Justice Oliver Wendell Holmes) provided the legal authority for forced sterilization. By any reasonable standard, it is one of the worst decisions ever made by the court, on par with the 1857 Dred Scott decision. The language used in Buck (proclaiming of the plaintiff that “three generations of imbeciles is enough”) is forever a stain on the court.

People are largely unaware of this history and even more unaware that it was the U.S., not Nazi Germany, that was first to institutionalize what is known as “scientific racism.” James Q. Whitman, Ford Foundation Professor of Comparative and Foreign Law at Yale University, documents this in his landmark book, Hitler’s American Model: The United States and the Making of Nazi Race Law. In short, the scientific racism promoted by U.S. progressives and others helped pave the way to Auschwitz.

Progressives shouldn’t get a pass on their movement’s inexcusable history just because they recently dumped Wilson’s and Sanger’s names from buildings and programs. But the larger question is why people in the U.S. are so unaware of progressivism’s brutally racist past.

As a first step toward finding the answer, I recently reviewed high school history books and other teaching materials to determine how progressive history is covered. The books claim to cover the broad sweep of American history and yet, with very few exceptions, present the early progressive movement in an invariably positive light as an effort to seek “social justice” and promote the common good. They misrepresent Sanger as a social justice advocate for women, ignoring her support of scientific racism. They ignore the movement’s role in eugenics, omitting, with very few minor exceptions, any mention of the history of forced sterilization in the U.S. I could not find even one mention of Buck vs. Bell. And finally, these texts remarkably ignored the relationship between American and German eugenics activities of the era.

Logic would dictate that progressives ought to cancel themselves—disown their history, as they insist of others. But don’t hold your breath. 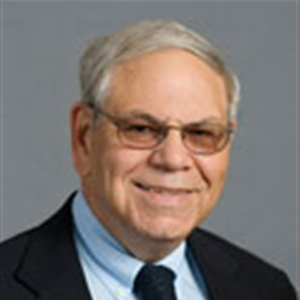 Thomas F. Cargill is a Research Fellow at the Independent Institute and Professor Emeritus of Economics at the University of Nevada, Reno. He is the author of the article “Eugenics in High School History: Failure to Confront the Past” in the Summer 2020 issue of The Independent Review

RELATED
The Cost of San Francisco’s Reparations Proposal: Nearly $600,000 Per Household
What the Populists in Congress Get Right and Get Wrong
Debt Ceiling Kabuki: Republicans Will Cave and U.S. Government Finances Will Get Even Worse
Texas Conservatives Should Not Support Banning Land Sales to Foreigners
Reckless Reparations Reckoning
San Francisco Falls Into The Abyss
It’s Time to Put a Brake on the Debt-Ceiling Charade
The Garage Papers: From Alger Hiss to Sandy Berger, Hillary Clinton and Joe Biden, it’s all about memory against forgetting.
South Carolina Lawmakers Bear Responsibility for Supreme Court’s Abortion Ruling
‘Belief in Freedom’ Is Bad for You
Does the U.S. Need to Contain China in Africa?
Feds Are Profiting Off of Policy: Only Voters Can Stop Them