Past Crises Have Ratcheted Up Leviathan: News: The Independent Institute

←  NEWS
COMMENTARY
Past Crises Have Ratcheted Up Leviathan
The COVID-19 Pandemic Will Too
May 5, 2020
By Robert Higgs, Donald J. Boudreaux
Also published in Reason Fri. May 1, 2020  « Show Fewer

Another emergency has sprung not so much from the disease itself as from the reactions of governments at all levels. The magnitude of these reactions, ranging from mandatory closures of “nonessential” firms to preemptive quarantines of millions of people to massive relief bills to huge bailout measures by the Fed, staggers the imagination. Governments have responded to crises in the past, but never on such a scale in such a brief time.

So far, Congress has approved a total of $2.392 trillion in coronavirus-related spending. The Fed, using different “tools,” has injected another $2.3 trillion into the economy.

Although everyone seems to agree that these measures are to be employed only in the short run, until the incidence of the disease has been reduced either by herd immunity or by new medical treatments, no one at the start put together an exit strategy from these extraordinary increases in governments’ size, scope, and power. Everything was done on a piecemeal basis from day to day, on the assumption that when an endgame came into view the governments would terminate their crisis actions.

This assumption runs counter to how crisis-borne increases in government’s size, scope, and power have played out in the past. The pattern followed since the early 20th century has been quite different. One of us (Robert Higgs) traced this pattern in his 1987 book, Crisis and Leviathan, and worked out the political logic by which such episodes tend to take place. The principal upshot is that the growth of government that attends national emergencies is not surrendered fully when the crisis ends. Instead, a ratchet effect operates whereby much of the crisis-borne growth of government becomes institutionalized in agencies and practices and, more important, in the dominant ideology of political elites and the general public.

As crisis followed crisis—World War I, the Great Depression, World War II, the multifaceted turmoil of the Johnson-Nixon years, the 9/11 attacks, the Great Recession that began in 2008—the ratchet effect ensured that governments growth trajectory was displaced upward, time after time. The displacement was not always transparent or immediate, but precedents established in particular episodes reappeared again and again, sometimes after a lag of decades. In this way, government responses to short-run difficulties became lodged in the process by which rapid long-run growth of government became the norm.

People sometimes regretted actions taken hastily during a crisis but found that reversing them was diabolically difficult. As many observers have recognized, nothing is so permanent in government as a temporary agency or an emergency bill. Crises bring into operation new government activities and new scales of spending, taxing, and regulating; they were not intended to be permanent, yet became so by virtue of entrenched special interests and bureaucrats, often backed by congressional sponsors. Act in haste, repent at leisure.

We should be thinking seriously about where all our emergency actions will leave us in the long run. Will the quarantine of millions of people become a precedent? Will broad-scale distributions to the general population without a means test become an enduring public demand even when normal times return? Will the Fed’s exchange of trillions of dollars for rotten securities become a lasting feature of its monetary policy?

The ratchet effect operates because of incentives and constraints built into the political and economic structure. But the effect hinges on the underlying assumptions of progressivism, which became the country’s dominant ideology during the first two decades of the 20th century. To disable the ratchet effect, people must rouse themselves to think more seriously about the long-run consequences of actions taken hastily in response to national emergencies—and about whether they want to keep their remaining economic freedoms and civil liberties or be content to surrender them one crisis at a time.

Robert Higgs is Retired Senior Fellow in Political Economy, Founding Editor and former Editor at Large of The Independent Review. 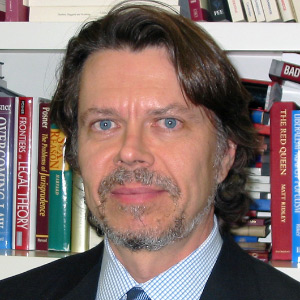