With county-by-county coronavirus “lockdown” orders—accompanied by criminal penalties in some cases—already covering over 20 million Californians, Governor Newsom last week ordered all of California’s over 40 million residents to stay at home. The Governor’s order is accompanied by criminal penalties at the misdemeanor level, though he’s soft-pedaled talk of criminal enforcement and has sought voluntary compliance.

While living in the midst of a global pandemic, state and local governments are all issuing various decrees to mitigate the health impacts to the overall populace. However, for these top-down orders to work without societal unrest, citizens would need to have significant faith in state and local government health officials, and in the case of San Francisco and California residents, that is a tough ask.

Beyond the credibility gap, these orders are effectively death penalty verdicts for countless tens of thousands of small businesses and millions of jobs—all without any due process, equal protection or right to be heard. Local governments have picked winners and losers—marijuana “dispensaries” are “essential businesses” in San Jose’s Santa Clara County, but gun shops are not. Guess whose lobbyists have the ear of local officials?

Who are the local government sages who kicked off the national trend of forcing healthy Americans to stay at home, sometimes under penalty of fine or imprisonment, and who are deciding which Californians lose their jobs and which businesses die in the pursuit of slowing the spread of the virus? California’s local and state leaders have a poor track record indeed on public safety issues, ranging from violent crimes against citizens due to criminal justice reform, rapidly spreading diseases in homeless encampments and providing sanctuary to wanted criminals in the country illegally.

Why hasn’t our government been able to solve or even slow these serious issues? Are we supposed to believe that now—with the spread of a serious virus—the city government has its act together and is worthy of being trusted with increased emergency power?

I’m not buying it.

These solons of laissez-faire law enforcement are suddenly also telling citizens to shut down their businesses without failsafe and suspending due process during this period. Where would we even appeal such unconstitutional orders? The courts are effectively closed. As a small business owner and educated citizen, it’s difficult for me to fall in line with these judgment-challenged and power-hungry government leaders and their authoritarian legislative orders.

The governor’s advice last week regarding the elderly and those more likely to develop serious conditions from the virus to stay home was reasonable, and it was followed by many including my own household. However, city leaders ran with this suggestion as an excuse to place the economy in a lockdown—placing the entire city at the mercy of government sponsored bailouts, through which favored groups will receive preference. In the face of half the state being locked down, the governor bowed to peer pressure and made this the reality statewide.

And what about the mental health and economic effects of throwing the nation’s seventh-largest economy out of work with potentially years of economic devastation to come? Who will end up paying the costs of people losing their health insurance, their jobs, their independence, their dignity? No worries, say our leaders—the government is here to help!

Just like gun-grabbing legislation from left-wing activists and FISA renewal on Capitol Hill, this sweeping lack of process being forced on citizens in the name of “public safety” is something from the playbook of a latter-day Jacobin Club rather than a republic established on civil liberties. We shouldn’t be cowed through fear-mongering into a sheep-like position before the government.

This virus outbreak is serious, but to allow rights and fundamental principles of liberal society to be summarily suspended in a time of crisis signals a lack of belief in those rights and principles in the first place. What’s perhaps most troubling is how quickly a numbed populace rolls over and accedes to these indignities, silently accepting what may well be a one-way downward ratchet on our liberties forever, all the while trusting the government to make it right. That trust is likely misplaced.

At the federal level, politicians are busy determining which industries get bailouts and which employee benefits are being unilaterally imposed on companies suddenly facing the prospect of closure due to lack of revenue and forced inaction. Lawmakers can’t seem to resist the urge to sneak their own pet projects into legislation, be it abortion slush funds or expanding the EB-5 investor visa program (at a time when millions of Americans are losing their jobs!). At the state and local levels, bureaucrats and elected officials are deciding which businesses should open and close, when curfews should be imposed, when criminal laws should be enforced and when basic due process may be forfeited in the name of a public health threat.

It may well end up having been necessary to take some measures to limit movement among certain vulnerable populations in order to save lives, but if the cost is our liberty, our economic independence and our mental health, then that cost may well be called too high by those of us who survive to tell a younger generation about the days when the Constitution was the supreme law of the land and not just a quaint memory—when the government didn’t have the power to kill the business you took decades to build on the basis of situationally variable concern for public safety. 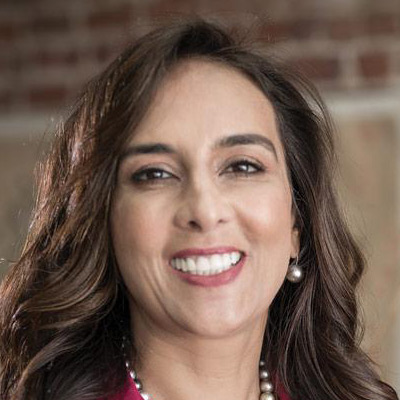