The Free-Entry Solution to Financial Discrimination: News: The Independent Institute

Ever since Alexander Hamilton’s reforms unleashed the might of the financial services sector in the early 1790s, some Americans have complained that incumbent lenders, brokers, and insurers deny them access.

Free entry and competition, while never perfect solutions, worked wonders for two centuries before being ejected by powerful government regulators in the 1990s. A return to the tried and true method is in order.

Financial service providers must reject many applicants. Banks, brokerages, and insurers exist to serve their owners, be they stockholders in the case of joint-stock corporations, or approved customers in the case of mutuals. To stay in business, they need to carefully screen and monitor borrowers and insureds lest they fall victim to moral hazard and adverse selection, the natural tendency of lenders and insurers to attract the riskiest applicants. They cannot, and indeed should not, welcome all comers.

The necessity of turning away applicants, however, rendered financial services providers open to claims of discrimination, of rejecting the applications of members of some group X simply on the grounds of their ethnicity, gender, race, religion, sexual orientation, weight, or some other attribute not directly related to their creditworthiness or insurability.

Perfectly competitive markets reduce the incentives of businesses to make bigoted decisions by rewarding businesses that behave in a less bigoted manner. Unfortunately, financial service markets are rarely competitive, typically due to regulatory barriers to entry.

While tens of thousands of commercial banks once operated in the United States, for example, most were tiny unit banks that enjoyed considerable market power in their economically isolated communities. History shows that some denied loans to all Xs (e.g., blacks in the Deep South; Jews in St. Louis; women in Boston; Indians in South Dakota; mountain folk in Cleveland) because the banks faced little competitive pressure. In a quasi-monopoly environment, it was often more profitable to reject applicants based on their X-ness than to screen them properly.

After the civil-rights revolution, banks and insurers could no longer lawfully deny all Xs, but observers believed they continued to discriminate at the margin. If a non-X and X applicant with similar profiles appeared, and either but not both could be serviced, institutions tended to do business with the non-X applicant. Such discrimination proved bloody difficult to parse statistically, but experiments showed that some institutions provided non-X applicants with stronger signals to apply than X applicants.

Although a far cry from the days when free blacks and married women could be denied entirely bank loans or fire insurance, even discrimination at the margin was palpably unjust and potentially socially costly. So in the early 1990s, regulators began pushing mortgage lenders to make it easier for everyone to obtain loans. Using carrots (like subsidized securitization) and sticks (like denying permission to merge), regulators induced formerly staid lenders to reduce their screening efforts significantly (as with no-documentation, or liar’s, loans). The subprime mortgage crisis resulted as a direct consequence (and grew into a full-blown financial panic for various complicated reasons that can’t be addressed here).

Ironically, Americans had traditionally reduced financial discrimination using market forces, not regulatory pressure. Since Hamilton’s day, entry and self-help were key mitigators of discrimination. Groups that felt discriminated against formed their financial service providers and failed scrimped or thrived in proportion to their ability to fill an underserved market niche.

That tradition of relatively free entry and self-help explains why America’s financial history is filled with Irish savings banks, Jewish investment banks, German fire insurers, African-American life insurers, and brokerages, and banks and investment funds owned by, and for, women.

The great merger waves of the 1980s and 1990s gobbled up most such institutions, which were soon forgotten. Today, would-be emulators face high entry barriers even though we learned in the 2008-09 crisis that the bankruptcy of a few large institutions is much worse than the failure of some niche players. The latter affects fewer people and, if necessary, can be more easily subsumed by stronger institutions.

In short, the best way to reduce financial discrimination in America today remains freer entry; members of the LGBTQ+ community, American Indians, ex-cons, and others on the margins should not have to jump through regulatory hoops to provide their communities with the benefits of financial intermediation. 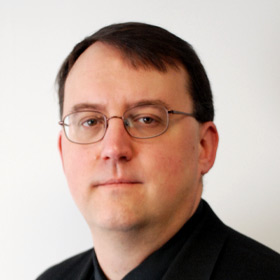 RELATED
Race Everywhere
Hulu’s 1619 Project Docuseries Peddles False History
Paul Volcker’s Recipe for Prosperity
Ownership, Control, and Reform: Market-Based Approaches to Universities
Concentrate Where the Murders Are Concentrated
Four Ways to Get What You Want
The Cost of San Francisco’s Reparations Proposal: Nearly $600,000 Per Household
What the Populists in Congress Get Right and Get Wrong
A Dispatch from the Corporatized Dystopia: Bring on the Chains!
Texas Conservatives Should Not Support Banning Land Sales to Foreigners
Reckless Reparations Reckoning
San Francisco Falls Into The Abyss