Most of us do not know why Oct. 15 is important. I’ll tell you. It’s important because 28 years ago on that day, the U.S. Senate confirmed Justice Clarence Thomas as a justice of the U.S. Supreme Court.

At the time of his confirmation proceedings, some people were apprehensive of the man who was to become Justice Thomas. After all, he would be replacing a historic civil rights hero, Justice Thurgood Marshall, who earlier as a lawyer persuaded the high court in Brown v. Board of Education to end racially separate and unequal public schools.

The late Maya Angelou, a prominent teacher, poet, and novelist, was poignant and eloquent, but blunt in responding to that apprehension: “The black youngsters of today must ask black leaders: If you can’t make an effort to reach, reconstruct and save a black man who has graduated from Yale, how can you reach down here in this drug-filled, hate-filled cesspool where I live and save us?” She added, “Because Clarence Thomas has been poor, has been nearly suffocated by the acrid odor of racial discrimination, is intelligent, well-trained, black and young enough to be won over again, I support him.”

Every judicial, political, civic, academic, entertainment, news and religious leader in our nation should read Angelou’s words and ponder their meaning in the context of the 1964 Civil Rights Act and today’s balkanized nation.

Our leaders should inform or reinform themselves on the history and meaning of the Act, how it came into being, what the grievances and politics behind it were, who made it happen and most importantly what legislative intent undergirded it. These things mattered then. They matter even more today, although very few people any longer know anything about it or its long, tortured journey to and through Congress. All this has led to misconceptions and myths that distort public discourse and public policies.

All our nation’s religious leaders should go further. They should urge their flocks to: (1) read and reflect on Angelou’s commentary and the 1964 Act while learning or relearning its pre- and post-passage history; (2) reflect, humbly and hopefully, about themselves, their families, their friends, the nature and scope of the problems they face, and potential collaborative solutions to those problems; and (3) demand common sense and common decency from all their leaders, local, state, and federal.

Help in doing that is easily accessible to all of us. It comes from the mind and heart of Arthur M. Schlesinger, Jr., a Pulitzer Prize-winning American historian, social critic and public intellectual.

He was a liberal and a special assistant and court historian to President John F. Kennedy from 1961 to 1963. He also wrote a little book that should be read by every citizen and leader in our nation, especially every religious leader: “The Disuniting of America: Reflections on a Multicultural Society” revised and enlarged edition.

According to James David Barber, noted presidential historian and Duke University professor, “Arthur Schlesinger sets forth in truth the most important current political malady of America.... All of us who care for America ought to read this book and use it to guide our actions.”

Prominent high court litigator, and founder of SCOTUS blog, Thomas C. Goldstein wrote, “I disagree profoundly with Justice Thomas’s views on many questions, but if you believe that Supreme Court decision-making should be a contest of ideas rather than power, so that the measure of a Justice’s greatness is his contribution of new and thoughtful perspectives that enlarge the debate, then Justice Thomas is now our greatest Justice.”

From Angelou’s 1991 commentary lingers an unanswered question: Why must we submit by intellectual and moral default to politically correct orthodoxies and think positively of those about whom we are apprehensive only if we are hopeful we can reconstruct them and win them over to our own perceptions of goodness and of reality? Informed, honest, and dispassionate reflection on Justice Thomas and his long, dedicated, and able service on the high court should help answer that question. 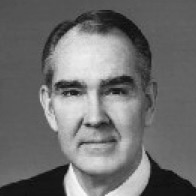 RELATED
End the COVID National Emergency Now
Let Them Compete: Labor Markets Are Workers’ Friends, Not Their Enemies
Left Libertarians, Dobbs, and the Ninth Amendment
Congress Must Fix the Electoral Count Act to Avert a Crisis
Why Doesn’t This Economist Want His Daughter to Be a Feminist?
As California Schools Fall Even Further, A Charter School Shows How To Succeed
Why Do Progressives Support Democrats? Part Two
There Are 8 Billion People. We Should Celebrate Superabundance, Not Lament ‘Overpopulation’
Why Do Progressives Support Democrats? Part One
Enjoyment of the Upcoming World Cup Will Come at a Price
Where Is the Free Market Utopia?
Vote Like a Woman: When You Vote, Remember Who Has Recently Most Hurt Women