For all the claims about President Donald Trump’s dangerous erosion of institutional norms, it is prominent Democrats who are ramping up threats to pack the Supreme Court unless it starts producing different outcomes on their pet issues.

In a brief last week on a New York City law strictly limiting the transport of firearms, five Democratic senators warned the court to start ruling differently on gun control or face restructuring.

“The Supreme Court is not well. And the people know it,” the senators wrote. “Perhaps the Court can heal itself before the public demands it be ‘restructured in order to reduce the influence of politics,’ they added, quoting a Quinnipiac University poll showing that 51% of voters, and 69% of Democrats, support overhauling the institution.

The liberal senators’ message was not subtle: That’s a nice court you have there; it would be a shame if something happened to it.

Other Democratic politicians are leveling similar threats. Several of the party’s presidential candidates have said they are open to limiting terms on the high court or packing it with more than nine justices.

It’s not the first time Democrats have tried to gain control of the court through packing. In 1937, President Franklin D. Roosevelt, frustrated that the Supreme Court had declared key provisions of his New Deal unconstitutional, proposed legislation that would have allowed him to appoint as many as six additional justices.

The Constitution doesn’t fix the number of justices on the court, which ranged from six to 10 before it was codified as nine by the Judiciary Act of 1869. But even Roosevelt’s own vice president and the Democrats who controlled Congress at the time opposed his packing plan. Justice Ruth Bader Ginsburg surprised some recently when she strongly decried court-packing for political gain in an interview with National Public Radio, saying it was a bad idea when FDR proposed it and remains a bad idea now.

The Supreme Court’s legitimacy derives from its freedom to make decisions in accordance with the law, not its capacity to win favor with powerful politicians or the media elite. The best way to depoliticize the court is to diminish its role in America’s social, economic and political life. The court should determine whether legislation is constitutional, not correct, rewrite, update or amend statutes, much less tinker with the Constitution itself.

A less political Supreme Court is more probable when Congress legislates effectively and uses the Constitution’s amendment process. Much of the temptation for courts to overreach into the political arena arises from the perception that change through the proper channels is not feasible. The Democratic senators demanding the Supreme Court play a more activist role are really declaring their own incompetence as legislators.

Supreme Court nominations and the Senate’s advice-and-consent responsibilities have become increasingly politicized over the past 30 years. But the Constitution’s vision of an independent, limited judiciary remains preferable to a hyper-political court that legislates from the bench and responds to the same base political pressures as members of Congress. As voters, we need to take our responsibility as guardians of the Constitution seriously and elect presidents and senators who demonstrate integrity in their approach to the judiciary. 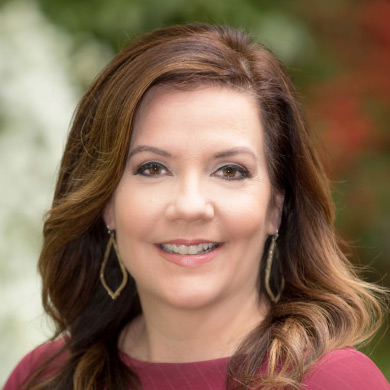 Mollie Ziegler Hemingway is a 2021 Bradley Prize Laureate, Senior Editor at The Federalist, a Fox News Channel contributor, and co-author (with Carrie Lynn Severino) of Justice on Trial: The Kavanaugh Confirmation and the Future of the Supreme Court. She spoke at the Independent Institute event, "Justice on Trial: The Kavanaugh Confirmation & the Supreme Court."
American HistoryConstitutional LawContemporary PoliticsGovernment and PoliticsLaw and LibertyPolitical Theory