Wisconsin Governor Tony Evers (D) has been promising transparency about voucher programs, but he and his allies are delivering half-truths instead.

Evers’ proposed budget caps enrollment in three voucher programs for low-income students and phases out another one for special-needs students. He insists his freeze is “not an anti-voucher issue” but “a transparency issue.” Evers’ supporters claim it’s nothing more than a responsible time-out to calculate the programs’ costs, which Evers wants listed on taxpayers’ property tax bills to promote “the best transparency possible.”

If so, then Evers should insist that both sides of the ledger be listed, the costs and the savings for Wisconsin taxpayers. He doesn’t. Neither does a much-ballyhooed memo prepared by the Legislative Fiscal Bureau (LFB) for state Representative Sondy Pope (D-Mt. Horeb). Pope claims the memo shows “runaway costs” and “a snowball effect of vouchers negatively impacting Wisconsin’s public schools.”

First of all, if Pope’s claim that vouchers negatively impact Wisconsin’s public schools were true, then we would see evidence from the broad body of research on school choice programs. We don’t. Of 26 studies examining the competitive effects of private-school choice programs, 24 find that test scores for students choosing to remain in public schools improve, including four studies of Milwaukee’s programs.

END_OF_DOCUMENT_TOKEN_TO_BE_REPLACED 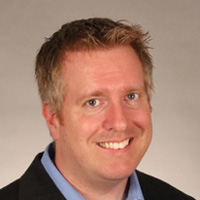