Late March marked the third anniversary of Obamacare, otherwise known as the Patient Protection and Affordable Care Act. The legislation has long been heralded as the President’s signature achievement and provides care for an estimated 48.6 million uninsured Americans.

Far from cheering, Republicans have pressed harder for a full repeal of the bill and believe public opinion is on their side. Approximately eight months before Obamacare is fully implemented, a coalition of industry and business groups are preparing a full lobbying assault on the continuing string of new taxes and regulations.

The simple fact is that in practice, Obamacare is costing jobs, health insurance premiums and deductibles are increasing, government spending on health care is expected to skyrocket, and millions of Americans are expected to lose the employer-sponsored health insurance they were

promised. Implementation has also become an expensive burden with some 159 new government agencies, boards, and programs tasked with enforcing 20,000 pages of rules and regulations already associated with the law.

Even more troubling are the promises made regarding the protection of Medicare coverage and benefits. Specifically, $716 billion is taken out of the Medicare program to pay for $1.9 trillion in new health spending over the same period. Included in these cuts are significant reductions in payments to Medicare Advantage plans, which could disrupt coverage for the 14 million Americans enrolled in the program today and affect their ability to access health care.

Although there will be reductions in the Medicare program, seniors will still have coverage. However, the question remains, who will pay for this in the future generations? The MyGovCost Calculator enables individuals to calculate government spending programs according to their age and salary. An estimated calculation for the years 2013–2049 with the current spending for the average American 45–year–old with a bachelor’s degree making $75 thousand, includes a share of spending on Medicare of $148,464. The future federal taxes this individual will pay in order to fund Medicare will be $87,127. More importantly, the taxes this individual pays could have been worth: $301,005.

In 2010, the Congressional Budget Office calculated that the ten-year cost of Obamacare, in terms of its spending increases, was $940 billion. In 2013, CBO’s ten-year spending estimate was $1.88 trillion. By 2015, the CBO’s ten-year spending projections are likely to exceed $2.5 trillion. Our federal debt exceeds $16 trillion today. A recent report by the GAO suggests that Obamacare will end up adding $6.2 trillion to the defi cit over the next 75 years.

Even the strongest advocates of Obamacare agree that the path forward is complicated and that original cost projections were sorely underestimated. The estimated costs of Obamacare coupled with the rising debt will create a tremendous burden on future generations. And these burdens will become increasingly clear when the law is fully implemented in just eighteen short months. 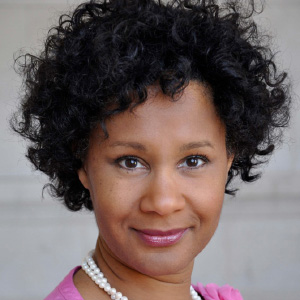 RELATED
Floating Exchange Rates Add to Economic Uncertainty
Better Solutions for Rx Problems
The Government Runs the Ultimate Racket
A Recession by Any Other Name
Time to Eliminate the Federal Gas Tax—and Federal Road Building
The U.S. Is Serving Up Pork to Semiconductor Manufacturers
Here’s What’s Wrong With BBB Lite
How Big Is the Marriage Tax? Now We Know