Taking the Law into Their Own Hands, in a Good Way: News: The Independent Institute

During the first weekend in August, 74 people were shot in Chicago, 12 of them fatally, including an 11-year-old boy. Two weekends later, 59 shootings, six fatalities. As a Chicago Tribune headline put it: “Welcome to Chicago, I guess.”

Chicago police make arrests in only 26 percent of murders, the worst performance in the country, a recent Washington Post analysis indicated. In fact, of the nearly 55,000 homicides in 55 U.S. cities during the past decade, police made arrests in less than half the cases, the analysis showed. Police failure, indifference, and even gross negligence, such as the Oakland, Calif., police officer photographed recently sleeping on the job, have citizens up in arms.

As Robert Stammler of Hampton, Va., told a reporter for the Newport News Daily Press: “Gunshots [are] going off all the time, cars [are] getting broken into or vandalized. ... I just don’t feel like our voices are being heard. So, we are bound and determined to see some change.”

Mr. Stammler and his neighbors are attempting to do what Americans have done throughout history: Solve the problem through local private-policing initiatives.

During World War I, for example, federal authorities were unable to secure America from bombings by anarchists and sympathizers of Germany, Italy and Austria-Hungary. In New York City, munitions plants and ships docked in the harbor were bombed routinely. What happened? The American Protective League and other private policing organizations stepped in to bolster security across the country. While these public-private partnerships were not without problems, the private groups provided a level of security the federal government could not, even with wartime resources at its disposal.

In the Crown Heights section of Brooklyn, law enforcement in 1964 was either unable or unwilling to prevent a surge in crime caused by opportunistic “marauders.” The primarily Jewish community responded with its own private patrol called the Maccabees. Later renamed the Community Safety Patrol, it became well known in New York City, reaching 500 members at its peak. Government failure was overcome through private initiative.

Today, private police forces, though largely unrecognized, are commonplace. With a force of 120 members, the University of Pennsylvania Police Department is one of the largest private departments in the country. In 2016, Penn researchers found that crime outside the UPenn police patrol zone—which includes not only the university campus, but adjacent city streets—was 45 percent to 86 percent higher than inside the zone; violent crime was 119 percent to 153 percent higher. Most other universities—and especially those with urban campuses, such as Boston University, the University of Chicago and the University of Southern California—also have their own police forces, patrolling both the campus and the nearby community.

Citizens also have access to new collaborative technologies that can make their communities safer. Social media provides people with a way to connect with each other and share crime warnings in an instant. One network in particular, Nextdoor, helps people form online communities defined by geographic boundaries. On its site, members discuss topics ranging from community events to noise complaints. They also share information on recent burglaries in the community, provide photos from home security cameras of suspected criminals, and offer tips on how to avoid becoming the next victim.

Law enforcement agencies have used Nextdoor and other social networks such as Twitter to reach residents of specific communities. This has given residents the ability to form digital neighborhood watch groups, lowering their odds of becoming crime victims. News stories laud the success of social media tools to reduce crime. Rather than confronting criminals directly, these digital neighborhood watch groups help residents avoid being targeted and enable them to pass information to private security or local police.

Citizens are not helpless in the face of police misconduct or ineffectiveness. They can do what they’ve done in the past: Come together to protect their neighborhoods, as the universities are successfully doing.

Neighborhood civilian patrols, private law enforcement, and modern technology put citizens in control. Taking the law into their own hands does not mean vigilantism; it means bringing peace to their neighborhoods. 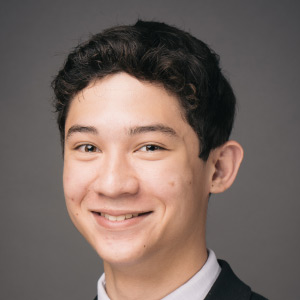