Replacements for Plastic Straws Have Their Own Problems: News: The Independent Institute

Under a new law passed in Santa Barbara, Calif., this July, restaurant employees can face misdemeanor charges for handing out plastic straws to customers. The first offense is a written warning, but if workers are caught violating the law a second time, they can face up to 6 months in jail or up to a $1,000 fine.

Such bans are forcing restaurant owners either to abandon plastic straws altogether or switch to more expensive alternatives. While the prohibitions are based on concerns about plastic pollution, the substitutes for plastic cost substantially more without being significantly better for the environment.

Take, for example, paper straws. They can cost as much as 22 times more than plastic straws and come with their own set of environmental problems. Paper production has a much larger environmental footprint than plastic production. A recent study from the Danish Environmental Protection Agency found that the environmental impact of a standard supermarket paper bag is 43 times larger than traditional plastic bags.

Corn-based (PLA) straws are cheaper to make than paper straws, but they are still almost six times more expensive than plastic straws. PLA is marketed as a compostable plastic, but is not compostable in the traditional sense. PLA degrades in about two to three months, but only if it is processed at an industrial composting facility that continually subjects waste to heat and microbes. Otherwise, it may take just as long to decompose as traditional plastics.

Reusable straw and utensil options like stainless steel and bamboo have large upfront costs and do not make sense for small takeout food vendors. Both must be cleaned and sterilized for reuse, requiring hot water and detergents that can damage bamboo straws. Steel smelting and bamboo harvesting also come with their own sets of environmental problems.

Perhaps the tradeoffs are worth it. After all, plastic pollution in the ocean, in public parks, and on beaches are growing concerns. The World Economic Forum estimates there will be more plastic than fish in the ocean by 2050. A dismal thought, no doubt, but bans on single-use plastics will do little to solve the bigger problem.

While some informal polling seems to suggest that Americans use 500 million plastic straws every day, more rigorous estimates place that number much lower, around 175 million straws daily. Globally, plastic straws make up less than 0.03 percent by weight of all of the plastic that ends up in the ocean every year. Moreover, the United States is responsible for less than 1 percent of all that mismanaged plastic waste.

If lawmakers want to promote meaningful change, they should focus on creating incentives and good institutions for managing plastic waste and leave it to private businesses to change the way Americans consume plastic. Seattle’s own Starbucks recently announced that it will no longer offer plastic straws, and many restaurants around the country are opting for plastic alternatives or straw-only-upon-request policies. Such measures allow businesses with the means and desire to reduce plastic waste the option of doing so, without unduly burdening smaller businesses and the people who work for them. 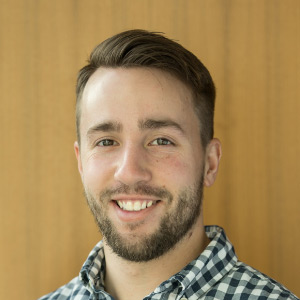 RELATED
The GOP Needs to Go Back to Sound Principles on Free Enterprise, Small Government, and Legal Immigration
Fine. Blame Ticketmaster for the Taylor Swift Fiasco, but Don’t Overlook the Fundamental Cause.
Can’t Get Taylor Swift Tickets? Blame Other Fans, Not Ticketmaster
End the COVID National Emergency Now
Let Them Compete: Labor Markets Are Workers’ Friends, Not Their Enemies
Left Libertarians, Dobbs, and the Ninth Amendment
Congress Must Fix the Electoral Count Act to Avert a Crisis
Why Doesn’t This Economist Want His Daughter to Be a Feminist?