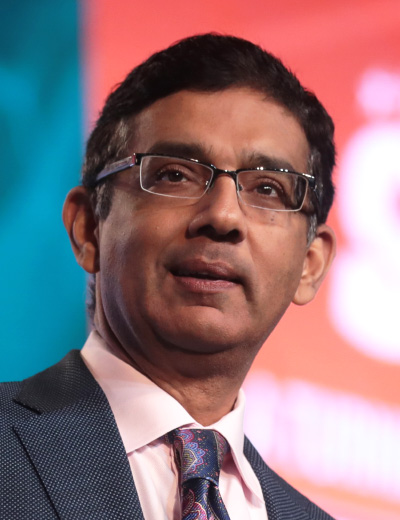 Thirty years after the civil rights laws of the 1960s, race may still be the most divisive social issue of our time. Black unemployment, illegitimacy, crime, and school drop-out rates remain multiples of those for whites. Proposition 187’s ongoing legal battles, California Governor Pete Wilson’s pledge to abolish affirmative action in state government, the O.J. Simpson trial, and the California Civil Rights Initiative attest to the continuing ability of race-related issues to polarize public debate. In contrast to the optimism that followed the civil rights movement of the 1960s, many today even doubt the very possibility of an America characterized by widespread racial harmony. Yet despite the prevalence of race-related issues, few agree about their nature, where they come from, and how best to deal with them.

In this Independent Policy Forum, bestselling author Dinesh D’Souza will address these and other issues, based on his new, widely acclaimed book, The End of Racism. Is racial prejudice innate, or is it culturally acquired? Is it peculiar to the West, or is it found in other societies? What is the legacy of slavery, and does contemporary America owe African-Americans compensation for it? Have government affirmative action programs helped or harmed minority groups as well as the general public? Has the civil rights movement succeeded or failed to overcome the legacy of segregation and racism? Can persons of color be racist? Is racism the most serious problem facing black Americans today, and if not, what is? Is racism an increasing or declining phenomenon?

Mr. D’Souza will chronicle the political, cultural, and intellectual history of racism. Do current government policies intended to combat the harm from of racism actually help, or do they instead perpetuate a cycle of impoverishment and dependency, and hence, racial stigmatization? In his talk, Mr. D’Souza will chronicle the history of racism, examine the failed policies that have helped spread it, offer a way out of the deadlocked debate about race, and set forth guiding principles to create a more harmonious, multiracial society.